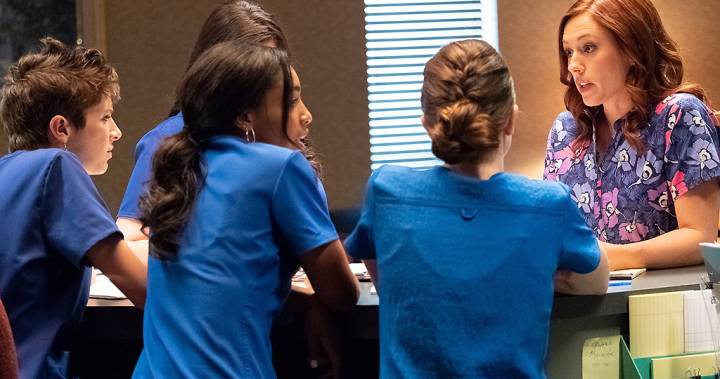 A controversial American anti-abortion film is set to hit Canadian theatres soon, with the distributor bracing for possible protests.

More than 24 cinemas across the country are due to screen Unplanned for a week starting July 12, after stirring up intense debate during its U.S. release from Christian production studio Pure Flix.

Ashley Bratcher stars as a Planned Parenthood clinic director in Texas who becomes an anti-abortion speaker after “the day she saw something that changed everything,” says a description on the film’s website.

Cary Solomon and Chuck Konzelman co-directed and co-wrote the drama, which is based on a memoir of the same name by anti-abortion activist Abby Johnson.

“Some groups are saying that they’ll protest, and there’s a lot of people that will support,” said BJ McKelvie, a pastor and president of the film’s Fredericton-based Canadian distributor, Cinedicom. “We have one company that’s come under intense scrutiny, so he’s going to have security there. It’s The Movie Mill in Lethbridge, Alta. It’s been unfortunate that he’s had a lot of threats, a lot of emails.”

The film has already drawn impassioned reactions from groups on both sides of the issue in the U.S., where it had an R-rating from the MPAA due to some graphic scenes.

Top film critics on movie review aggregation websites Metacritic and Rotten Tomatoes have panned it, with many calling it propaganda. But audience scores are much higher and some theatres were packed as faith-based and anti-abortion groups in the U.S. held group screenings.

In Canada, the rating varies from province to province. In Alberta, for instance, it’s received a 14A classification with a “disturbing content” warning, according to the Cineplex website, while in B.C. the film has a PG rating with “sexual language, medical trauma” caution.

But the Abortion Rights Coalition of Canada calls it “a dangerous piece of anti-abortion propaganda” containing “vicious falsehoods.”

“It preaches an absolutist and extreme case against abortion that has nothing to do with reality,” the ARCC said in a statement.

“Because of the film’s demonization of abortion providers, ARCC fears the movie could incite fanatics to commit acts of harassment or violence against clinics or doctors.”

The ARCC added the film also depicts Planned Parenthood and its leaders as “demonic, cold-hearted monsters, their only goal to maximize profits by selling as many abortions as possible.”

“In reality, the Planned Parenthood Federation of America is non-profit and offers a wide range of basic and mostly free health care services for low-income people, with abortion making up just 3.4 per cent of its services,” said the statement.

“Like other U.S. abortion providers, Planned Parenthood clinics have no choice but to charge for abortion care because anti-choice laws prohibit government funding for abortion.”

ARCC executive director Joyce Arthur also noted the film’s attempt to challenge abortion rights is “a non-starter in Canada, where women and transgender people have a Charter right to abortion based on their rights to bodily autonomy and equality.”

McKelvie acknowledged he has a personal interest in seeing the film in theatres here.

“It does certainly align with my values,” he said.

He said he felt compelled to reach out to the Unplanned American producers to distribute the film in Canada after being “annoyed” by “misinformation” online that the drama had been banned here.

“I was walking down the hall grumbling and I heard the Lord say to me, ‘Well why don’t you distribute it?’ and that was rather different,” McKelvie recalled.

The film will hit select Cineplex and Landmark Theatres as well as some independent cinemas in Canada.

Landmark said it has not heard of any planned protests at its theatres and it has not taken any steps to increase security. Cineplex said it is aware of concerns surrounding the film and is monitoring closely.

“We have been showing movies for over 100 years and controversial films on the big screen are not new to us — that said, we of course understand and can appreciate the concerns some have expressed about this film,” Sarah Van Lange, executive director of communications for Cineplex Entertainment, said in a statement.

“We have a long legacy of not censoring content and our role as a film exhibitor is to provide our guests with movie choices. Ultimately, it up to the public to decide whether or not they would like to see a particular film, whether that film is Unplanned or one of the other nearly 500 movies that we will screen this year at our circuit of theatres.”

McKelvie’s company, which was founded 61 years ago by his late father, is typically a film booker and broker. Unplanned marks its first time as a film distributor.

Cinedicom and American production company Soli Deo Gloria Releasing are collaborating to front the money for distribution in Canada.

McKelvie said a few theatres here have refused to screen it.

“I think some in smaller towns are a little nervous about what the pushback would be,” McKelvie said. “This is a hot topic, it’s a hot film, and I have received probably hundreds of letters of support. But I’ve also received letters of protest and phone calls. I’ve listened to both sides but I’m just a distributor.”

With a file from Chris Jancelewicz