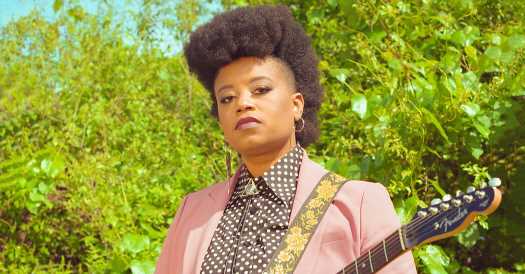 NASHVILLE — Before Amythyst Kiah made her new album, “Wary + Strange,” she veered between two distinct aesthetics. Her 2013 debut, “Dig,” was filled with spare acoustic renditions of old-time material. Then came a more robust set of indie rock.

“I do not understand what the hell my brain was doing separating the two,” she said recently, resting her elbows on a park picnic table. “I can do whatever the hell I want with the songs.”

When Kiah and the producer Tony Berg recorded “Fancy Drones (Fracture Me),” a song about her excruciating awareness of being cut off from her emotions, in early 2020, the goal was to join the two halves of her artistic identity at last. The result: Kiah’s country-blues phrasing bent around a lurching groove, with the guttural buzz of Berg’s bass harmonica substituting for bass guitar.

“When we were done with it, we looked at each other as if to say, ‘What the hell was this?’” Berg, who has worked with the indie-rock singer-songwriter Phoebe Bridgers and the band Phantom Planet, recalled in a phone interview.

To Kiah, this was the sound of self-actualization: “It was one of the best days of my life,” she said.

It wasn’t like she’d invented arbitrary reasons to corral her music into categories; developing her taste as an introspective Black listener and musician, she’d noticed that some genres are marked, and marketed, as white domains. There was, she recalled, “no talk about how Black people have consistently and always played integral roles in shaping industry and shaping culture and shaping music.”

Kiah resides in East Tennessee, where she’s spent the entirety of her 34 years next to the Appalachian Mountains in one modest-size municipality or another, but she’d driven 300 miles west to Nashville to appear in a documentary about Black voices in country and roots music alongside Allison Russell, one of her bandmates in Our Native Daughters.

That string band, convened in early 2018 by Rhiannon Giddens, is a group of banjo-playing Black women with significant overlapping experiences, but distinct sounds and sensibilities. Kiah’s contributions include one of her first pointedly topical compositions, “Black Myself,” a down-home, defiant testimony to Black pride that earned a Grammy nomination for best American roots song.

On Friday, “Wary + Strange,” Kiah’s first nationally distributed solo release will arrive. It’s the work of an artist weary of correcting perceptions, book ended by the resolved refrain “Soapbox,” a slight song with a serious purpose: to reject the rejection she’s felt (“You can keep your sophistry”).

Kiah took up the task of defining who she is when she grew aware that others were doing it for her. She was the only child of a manufacturing plant supervisor and a drugstore manager, one of the few families of color — or households that didn’t attend church — in their Chattanooga suburb. “We were all in the same socioeconomic bracket,” she said, “but at the end of the day, I was still Black, and there came a point where people that I used to hang out with just started ignoring me.”

It was a revelation when she made an artistically inclined friend who had access to an older sibling’s Nine Inch Nails and Tori Amos CDs: “I was just like, ‘Oh, there’s other ways of being.’” 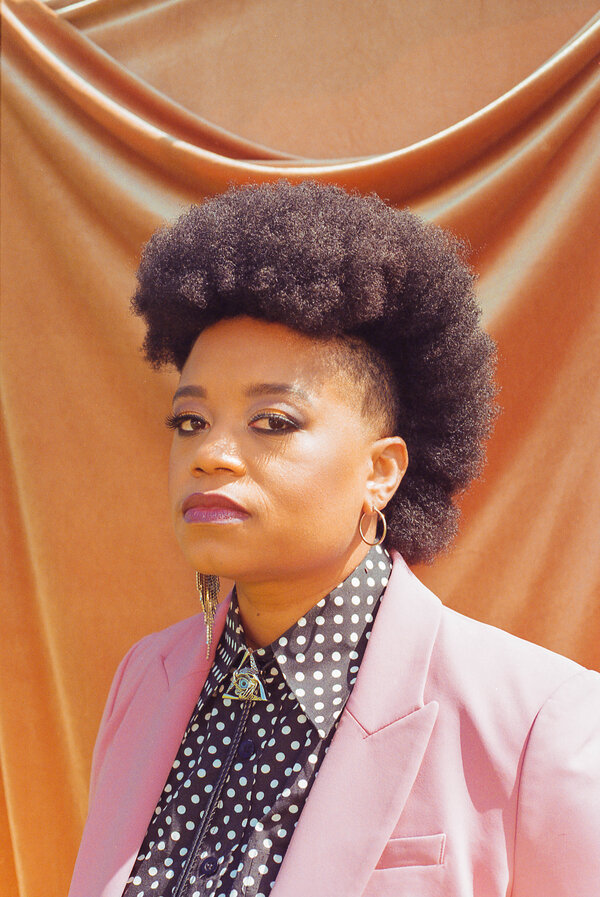 Kiah got into alternative metal bands, hearing echoes of her own unexpressed anger, but it was in the mystical, expansive angst of Amos’s piano epics that she found an approach to own. Instead of a piano, she requested an acoustic guitar. Her father, Carl Phillips, who’d played Southern rock, country, soul and pop in otherwise white gigging bands, and listened to plenty else besides, understood.

“I don’t remember ever telling her that a particular category of music was bad, because I had a little bit of everything,” he said in an interview.

Kiah dealt with intense social anxiety, so she was content to be a bedroom shredder. Learning classical fingerstyle guitar, with its blending of rhythm and lead, made her feel self-sufficient, like she had “this tiny orchestra beneath me.”

A switch to an arts high school brought some respite. “I met the first Black nerds that I ever met in my life,” she said. “On top of that, I was able to be openly gay and literally no one cared.”

That didn’t mean she was eager to play in front of others. Her third public performance was at her mother’s funeral, where she sang a momentous original. “She committed suicide,” Kiah said, “so my whole thing was, ‘Why did you leave me?’” She re-examines that loss, and how she dealt with it, in her new song “Wild Turkey.” “When I was 17, I pretended not to care, stayed numb for years to escape despair,” she sings, acknowledging her stoic self-protection.

A decade, and much therapy, passed between those two compositions. “I just completely stopped writing down my feelings about anything,” Kiah explained. “I just wanted to be like a robot.”

After her mother’s death, Kiah and her father went to live with her paternal grandmother in the considerably smaller Johnson City, Tenn., and she enrolled in a bluegrass guitar class at East Tennessee State University. A new fascination with flatpicking technique developed into a study of old-time music when she learned about the Black string band tradition concealed beneath the whitewashed narrative of what was once sold as hillbilly music.

“To see that history unveiled before me, I was like, ‘Oh, so I do have a place in this country,” she said. “I am an American. I am Appalachian. This music is part of my heritage, and it influenced everything else that I listen to. Why wouldn’t I want to play it?’”

Her father learned alongside her, borrowing textbooks and never missing a performance when she joined the school’s marquee old-time band. “Most of the places that they went to, it was majority culture and her,” he said, referring to white crowds. “I couldn’t imagine her being there by herself.”

Receiving encouraging feedback about her singing convinced Kiah to focus on her voice, too. She worked up modern interpretations of mountain standards like “Darlin’ Corey,” dropping the key to suit the stern resonance of her low range. And she played on the regional circuit, with her father serving as informal tour manager. A band she called Her Chest of Glass was her first venture into full-band rock arrangements.

No lineup has mattered more to Kiah’s career or consciousness than Our Native Daughters. She sensed the significance of their mission — recovering the musical agency of enslaved people and their descendants — but figured the album they released through Smithsonian Folkways would mostly have an “archival, academic” impact. To her surprise, its heartfelt historicity has registered with less scholarly audiences. “I didn’t think enough people were really prepared to accept these stories,” Kiah said.

The potency of those vignettes emboldened her to take a personalized approach to folk and country-blues, and to record both stripped-down and muscled-up versions of her growing pile of material. At the Grammys, she met an A&R executive from Concord Music, who paired her with Berg. They agreed to scrap her existing recordings and start over. On “Wary + Strange,” she depicts a nightmarish netherworld of abandonment by spectral women — her mother; a lover — and a self-aware descent into melancholy, boozy depths. “There’s this feeling of being haunted and feeling slightly uncomfortable at all times,” Kiah said.

Kiah reached for literary terms, “Southern Gothic” and “magical realism,” to describe her ideal sound to Berg: “This idea that you have a setting that is very familiar, very real, but then there’s these weird, otherworldly bits and pieces within it,” she explained.

Berg foregrounded Kiah’s voice and guitar, and called in impressionistic instrumentalists like Blake Mills and Ethan Grushka. “What I wanted them to bring,” Berg said, “was something other than what you might expect. Sometimes it’s unrecognizable noise in the background, and that noise can represent the static that impedes the expression of ideas.”

It’s had the opposite effect for Kiah. “For the first time” creating a record, she said, “I didn’t feel like I had to close off a part of myself.”