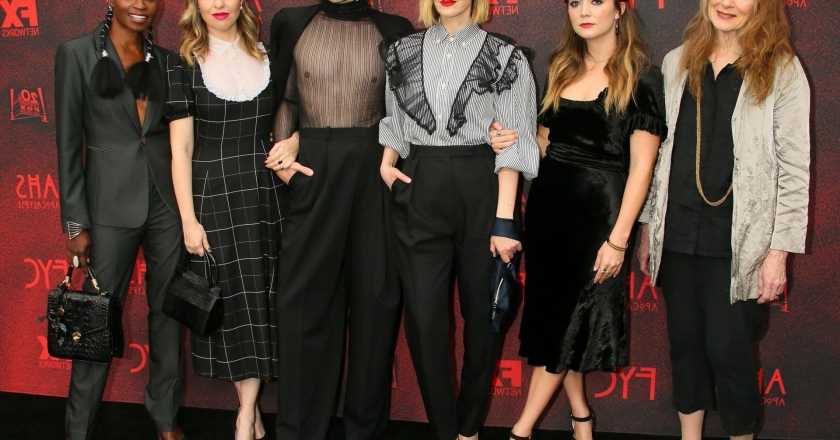 From Lady Gaga’s mesmerising turn as a vampire haunting a cursed hotel, to Jessica Lange as a sinister head nun, we picked the most memorable and iconic female characters so far from American Horror Story’s nine-season run.

Love or loathe Ryan Murphy’s content, you can’t deny that the man’s prolific output, not to mention his ability to draw in huge A-List stars, is seriously impressive. Throughout the years he’s brought us visually stunning and emotionally devastating delights like the groundbreaking, multi award-winning New York ballroom drama Pose, the cult favourite Nip/Tuck, and the excellent American Crime Story, now on its third series, which is currently making headlines for its portrayal of the Clinton impeachment scandal.

While all of these FX titles continue to be hugely popular with Murphy’s loyal fan base and critics, the same, sadly, can’t be said of the mini-series, films and documentaries he created as part of the monster deal he signed with Netflix back in 2018, despite enormous budgets and stars galore (think Meryl Streep AND Nicole Kidman in The Prom, or Gwyneth Paltrow in The Politician).

Reflecting on this, it seems that Murphy’s formula for success lies in his longer running shows, and there is no truer example than his much loved anthology series, American Horror Story, which is still going strong with a dedicated and passionate fan base to boot. No small feet after a decade.

It’s not that American Horror Story doesn’t fall victim to the same issues other shows in Murphy’s repertoire present, like dragging out storylines, too long seasons and underwhelming or convoluted plots. AHS certainly has all of those tropes in spades, it’s just that, in utilising the same core cast across all of the seasons (Murphy’s trademark), there is so much fun to be had in watching for a favourite cast member to return in a new role, potentially even wackier, wild and more entertaining than the last.

It’s this genius strategy that seems to make these other elements forgivable to fans, not to mention the fact that some series are still vastly superior to others (we’re still not sure if we can completely forgive him for Freak Show).

Even in the weaker seasons though, there is no denying that American Horror Story has paved the way for some truly iconic and fascinating characters for his faithful family of actors, especially for the women of the cast.

Whether it’s series staples such as Angela Bassett as a vengeful voodoo queen, Kathy Bates as a severed head, Sarah Paulson as a junkie ghost, or guest star Lady Gaga’s mesmerising turn as a vampire terrorising the hotel guests – it’s fair to say that the women of AHS have had the opportunity to sink their teeth into (sometimes literally) some truly bonkers and brilliant roles.

Thats why, to celebrate the launch of American Horror Story: Double Feature, out in the UK on Disney Plus in late 2021, we picked our favourite female characters from seasons gone by.

American Horror Story: Double Feature will land on Star on Disney Plus in October 2021.