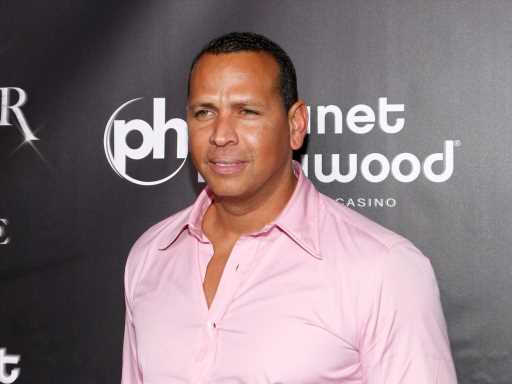 Alex Rodriguez and Jennifer Lopez are nothing more than Hollywood dating history at this point, but there are a few things the former baseball player hasn’t dropped since their breakup: his passion for the Italian yacht vacations they took together. Last year, his boat was even circling nearby Lopez’s superyacht while she was on holiday with Ben Affleck.

This year, he’s brought along new girlfriend Kathryne Padgett, who doesn’t seem to mind taking a J.Lo-inspired itinerary, judging from the photos snapped by the paparazzi. (See the photos HERE.) The fitness enthusiast was cuddling up with A-Rod while looking at something on her phone, and enjoying watersports like paddle boarding and jet skiing. It feels like a stop, rewind, play moment on Rodriguez’s vacation from summer 2021 with country singer Jessie James Decker and former NFL player Eric Decker joining him again this year, but NFL sideline reporter Melanie Collins is off the RSVP list and Padgett is in.

A Page Six source said that for much of 2022 Rodriguez is “a single dude” and enjoying his life as a father to two daughters. However, it looks like the romance with Padgett is heating up because they have been spotted together more frequently in the last two months — and it could be his first serious romance post-Lopez. As for Jenny from the Block, an insider is telling Entertainment Tonight that she “doesn’t even think twice about A-Rod or his current love life,” but “wishes [Alex] the best.”

We knew Lopez had moved so far beyond her former fiancé once Affleck entered the picture and Bennifer was revived, but it looks like Rodriguez has recovered nicely from that romantic sting. Yet there are some things he’s happy to carry over from his own Lopez era, like her fabulous Italian yacht itineraries.