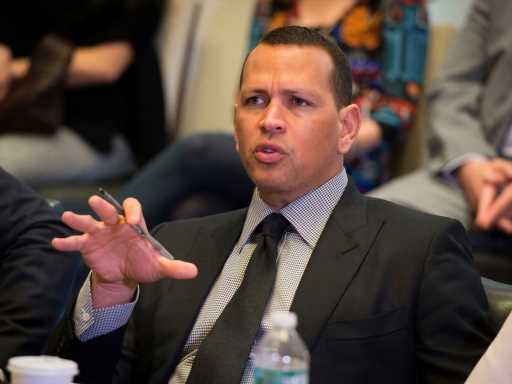 Even though Jennifer Lopez unfollowed ex-fiancé Alex Rodriguez on social media recently, he’s not above a little shade on his Instagram account. He decided to post a photo of himself in front of his collection of luxury vehicles, but the one he’s leaning on sure looks like the red Porsche he gifted to Lopez for her 50th birthday in 2019. 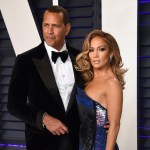 You might think his tongue-in-cheek caption might have triggered people after he wrote, “I’m super down to earth.” But no, it was the eagle eyes of his followers who know every JLo and A-Rod moment — and they are very familiar with that red Porsche. The comments were a hot mess of social media users turning around and shading the former Yankees player. One user roasted him by writing, “looks like jlo left not only you but the red car too.” Another chimed in, “You took the car back from JLo.” And of course, one fan acknowledged Rodriguez’s social media game, “Savage. Posing with the car he bought jlo for her bday lmfao.”

The retired athlete recently opened up about his breakup from the superstar and there seemed to be a bit of longing in his voice. “I had five years of an incredible life and partnership and also with my daughters, we learned so much,” he told ET. “And now we have the opportunity to take that and move forward and say, ‘You know what? We’re so grateful for the last five years, how do we make the next five years better because of lessons learned?’”

But none of this seems to bother Lopez one bit now that she’s romantically involved with Ben Affleck and working with her lawyer “to tie up any loose ends” when it comes to her business deals with Rodriguez. It’s the end of a chapter for the Hustlers star, but it looks like A-Rod wants to keep the story going.

Before you go, click here to see all the celebrity splits of 2021.