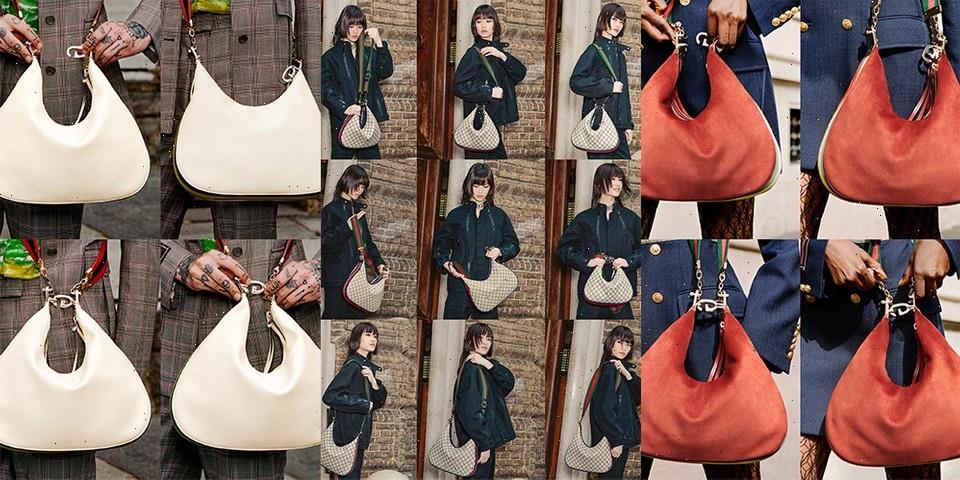 Alessandro Michele loves an archive — Gucci‘s anthological catalog has inspired much of the designer’s work, notably the Harry Styles “HA HA HA” collection and the “Love Parade” show which is currently available to purchase. Now, a reissue of a classic 1975 bag, the Attache, has been released.

Speaking on the bag, Michele said, “I was fascinated by the bag after having laid upon it a casual and fleeting glance while I was in the archive… Immediately, a desire took shape to reinterpret it and include it in the ‘Love Parade’ collection for the fashion show in Los Angeles because its silhouette, typical of the seventies, projects a very modern attitude that convinced me to draw out an eclectic symbol that could express the idea of a dual function. It is its G-shaped clasp detail, with its mechanical origin, that makes it the joining link between a bourgeois spirit, typical of an object of this kind, and the functionality of the world of utility.”

The silhouette is quintessentially ’70s, as its slouchy, almost croissant-like shape combines with house cues and materials in a variety of vintage hues for something that looks like it’s been taken from the archives. The Attache is one of Gucci’s most versatile numbers, as it can transform from a half-moon-shaped top handle piece into a shoulder bag or even a messenger style, all of which is achieved thanks to the innovative G-shaped clasp that brings the bag together, thus changing its shape and desired functionality.

Coming in small or large sizes, the Attache can be seen in a myriad of vintage offerings, from beige and ebony GG Supreme canvas with a brown leather trim and the era-blurring green-and-red webbing, to a leather offering in a timeless shade of “Oatmeal,” contrasted with two different colorways of webbing. A rather deliciously retro “Amber” suede version also appears alongside another one in “Burgundy” suede, while leather iterations in black, white, or dark orange can also be found.

Take a look at the Max Siedentopf-shot campaign above, and shop the entire Attache collection online or in Gucci’s boutiques worldwide now.