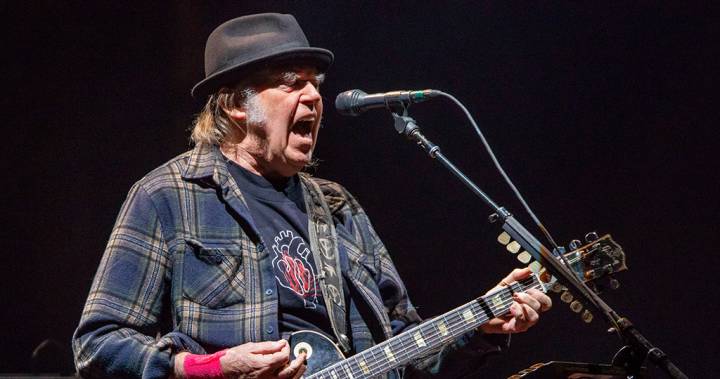 It’s the U.S. Memorial Day weekend, which, in the olden days, used to be a major day for record releases. This year? Not so much. Still, we must press on.

One of the more intriguing new releases of 2020, Young’s new album comes roughly forty-six years after it was recorded. It comes with a note from Neil: “I apologize. This album Homegrown should have been there for you a couple of years after Harvest. It’s the sad side of a love affair. The damage done. The heartache. I just couldn’t listen to it. I wanted to move on. So I kept it to myself, hidden away in the vault, on the shelf, in the back of my mind … but I should have shared it. It’s actually beautiful. That’s why I made it in the first place. Sometimes life hurts. You know what I mean. This is the one that got away.”

This Joy Division cover resulted from singer Jeff Martin asking bandmate Stuart Chatwood asking how he was doing in isolation. One thing led to another, and the group, working from Australia, Vancouver, and Windsor, not only recorded this song but shot a video using footage from all four locations. Historical note: It was 40 years ago this past Monday (May 18) that Joy Division singer Ian Curtis died by suicide.

3. Steve Earle and The Duke, Ghosts of West Virginia

Apparently what we need is an album set in coal country, specifically about a real-life mine disaster: the Upper Big Branch mine explosion in 2010. Not only did 29 miners die, but the company sought to cover up the safety violations that led to the accident. After an investigation, the company was fined US$209 million with the Justice Department. The album was also written in conjunction with an off-Broadway play entitled Coal Country.

After being teased, promoted, postponed, rescheduled, and then finally shipped with different artwork, The 1975’s fourth album had better be good, right? I’ll leave that judgment to you, but you’ve got a big job. Although this is officially a single album, it’s a long one: 22 songs that stretch over 80 minutes. Even though seven songs have already been released as singles, there’s still plenty of meat on this bone. Note that the whole thing was inspired by British nighttime culture.

Here’s another album built around a theme. TATE leader Mikel Jollet not only wrote a full album about his upbringing in a weirdo California cult, but he also wrote a memoir (due May 26) to go with it. It took a while — this is the first TATE album in five years — but if you love musical storytelling, you’ll find much to love here. This really could be one of the most interesting multi-media albums of 2020.

This singer-songwriter from Oxford has been around for a few years now and is set to release his second album, Twin Heavy, in August.

Aaron Kronis divides his time between Toronto and L.A., working to perfect his balance of live loud guitars and EDM drops. An album, Against the World, was completed just before the coronavirus lockdown.

This week’s throwback selection connects a bunch of dots. (1) It commemorates the 40th anniversary of the death of Joy Division singer, Ian Curtis. The surviving members of the band went on to form New Order. (2) The name of the track comes from the shock of hearing of Ian’s death on the morning of Monday, May 18 — a “blue Monday.” And (3) May 21 is the 38th anniversary of the opening of the Hacienda, the legendary Manchester nightclub owned by New Order. This song was played in that club. A lot.

Alan Cross is a broadcaster with Q107 and 102.1 the Edge and a commentator for Global News.