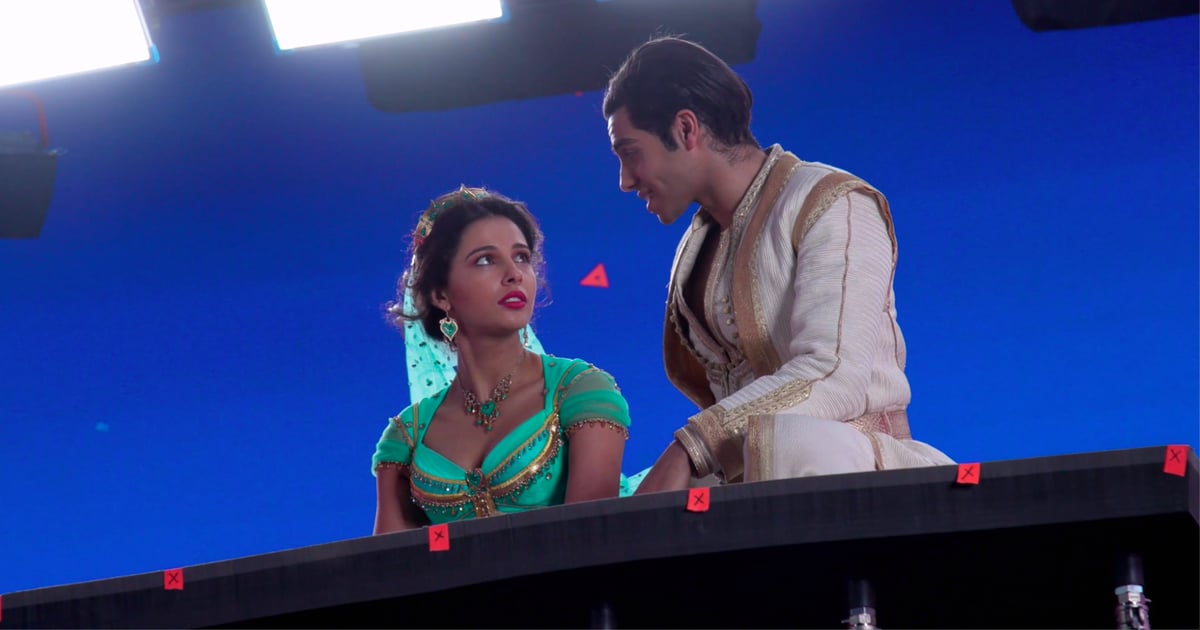 If you loved the flashy hooks and updated story in Disney’s 2019 reboot of Aladdin, you’re in luck! Fans can catch the film on Digital on Aug. 27 and Blu-ray on Sept. 10, and for those who really enjoyed the live-action production, we have an exclusive peek behind-the-scenes of one of the movie’s most magical numbers, “A Whole New World.” Surprisingly, no magical carpets were actually used for the number.

In our exclusive video, actors Naomi Scott and Mena Massoud reveal that the actual making of the scene wasn’t as simple as nabbing a sentient rug from a crumbling cave of wonders. (Wouldn’t it be nice if it worked out that way?) To re-create the iconic musical scene, the two mounted a rig in front of a blue screen that slowly moves to replicate the motion of a magic carpet. If 15-feet-tall rigs and strapping folks into harnesses are what it takes to bring one of the most romantic animated scenes to life, we’re here for it!

If your hunger for the street rat, his lovable monkey, and the fearless princess hasn’t been sated enough, you can also nab the animated Aladdin when it joins the Walt Disney Signature Collection on 4K and Blu-ray on Sept. 10!