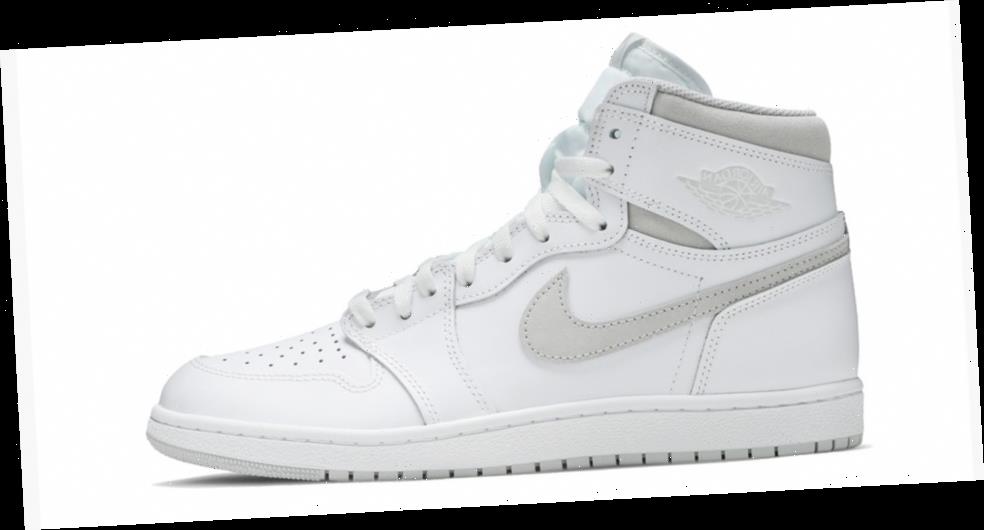 Designed by Peter Moore in 1985, the Air Jordan 1 was crafted specifically for the needs of the Chicago Bulls’ rookie sensation, Michael Jordan. The Air Jordan 1, as we know it, is probably Nike’s most popular basketball sneaker ever, which follows design cues from the OG, Air Force 1. Funny enough when Jordan began his rise to fame though, he was approached by Nike with a promise to build a brand around him but surprisingly declined as he preferred the Converse Chuck Taylor over Nike sneakers, claiming “the soles were too thick” as it didn’t let him feel the court beneath him enough. Nike, still hellbent on getting their guy, went ahead and sent Air Jordan 1 samples over to MJ and even then, he still did not like them. Over time the shoe would begin to grow on him until he played in them every night and well from there— history, as the Air Jordan 1 has gone on to transcended sports and become an iconic symbol in the world of fashion and streetwear. The latest of the bunch, the Air Jordan 1 High ’85 “Neutral Grey”, drops today and you’ll have a chance to get them early on GOAT’s website and app.

Building on this interest in vintage styling and Nike’s archival products, Jordan Brand is set to retro the OG Air Jordan 1 “Neutral Grey” for the first time ever in 2021. Despite serving as a popular colorway in the ’80s, Nike and Jordan Brand have notably strayed away from “Neutral Grey” in favor of a more color-based design scheme these days. But as interest in vintage styling and Nike’s retro past has continued to grow and so has the demand for this original silhouette. The “Neutral Grey” sneaker in particular has seen an immense explosion of popularity over recent years thanks to Instagram archive pages and collaborations like the Air Jordan 1 “Dior”.

The fan-favorite silhouette sports a clean white leather upper that’s paired with matching white shoelaces and accented by grey suede, giving the model its name which appears on the ankle collar and midfoot Swoosh branding on the sides. The shoe will feature an original-styled Nike Air branding on the tongue tag, a white midsole and a gray rubber outsole, with the classic high-top cut from 1985 ofcourse, as seen on the “Varsity Red” and “New Beginnings” styles that dropped in 2020. Apart from the OG build, the “Neutral Grey” also comes with an old-school Air Jordan hang tag, featuring a memorable photo of Michael Jordan soaring for a slam dunk, with further shoe anatomy details on the interior. This is a gift from the sneaker gods for purists, coming as close to the real OG shoe as any Air Jordan 1 re-release before it.