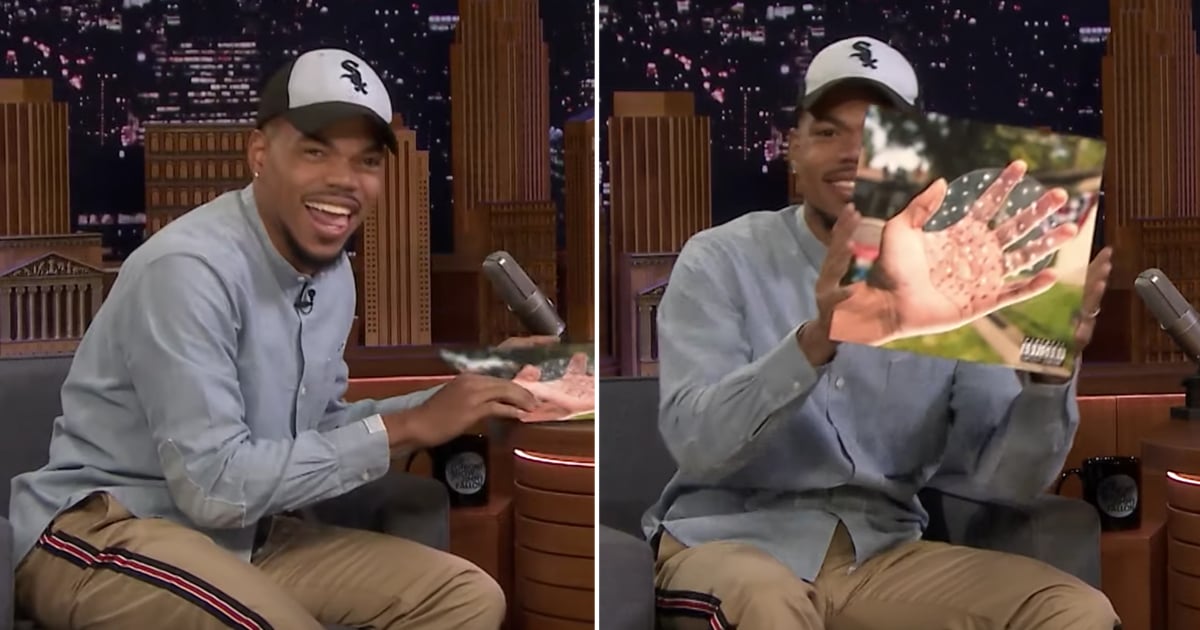 Chance the Rapper is finally dishing on his upcoming album! On July 16, the artist stopped by The Tonight Show Starring Jimmy Fallon to promote his debut LP — yes, it’s his debut album since his other compilations, such as 10 Day, Acid Rap, and Coloring Book are technically mixtapes — and revealed its title, cover art, and release date. He’s had fans on pins and needles teasing new music within the past few months and even released his previous projects on streaming services to prepare everyone for his official album. And after seeing the cover art — a hand holding a diamond-encrusted translucent CD — we’re ready.

“I haven’t sold my projects before; all my mixtapes were free,” Chance said on the show. “This is my debut album, so there’s like a preorder, and I told Jimmy to preorder my album, and he was like, ‘If you say the release date on my show.'” After Jimmy showed that he purchased the LP, Chance shared that his debut album is dropping on July 26 (eeekkk!). As for the title? Well, you’re going to have to watch the clip above to find out!