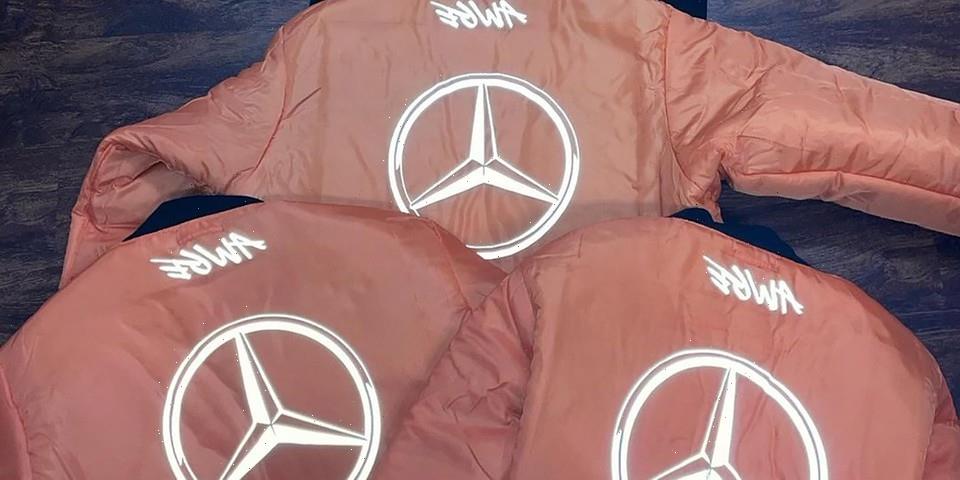 There are plenty of exciting things coming for A$AP Rocky in the near future, the biggest of course, is that he’s expecting a baby with longtime girlfriend Rihanna. The NY-born rapper is also slated to perform at the upcoming Osheaga and Smoker’s Club Festivals, and he’s also starting to ramp up his product initiatives, the latter of which will include his newly teased AWGE x Mercedes-Benz collaboration.

Rocky’s creative design agency and the German luxury car imprint last teamed up for an extremely-limited trucker hat that dropped at SXSW in 2019, and now the two parties have reunites for what appears to be a new apparel and accessories collection. The A$AP Mob member took to IG to preview some of the pieces, the standout item being a bold orange bomber that comes branded with AWGE lettering and an oversized Benz logo on the back. A checkered accessory with the Mercedes-Benz logo centered in the middle was also previewed, along with high-vis pants and a hoodie, but it’s still unclear as to what products are confirmed to release to the market.

You can find an early glimpse of the products in the gallery above.