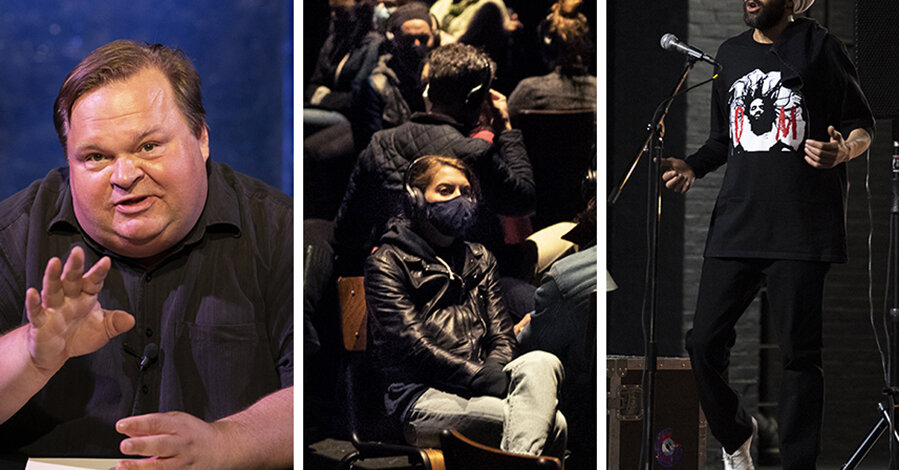 For Sara Krulwich, who has shot productions for The New York Times for more than two decades, a series of recent assignments hinted at an industry revival. 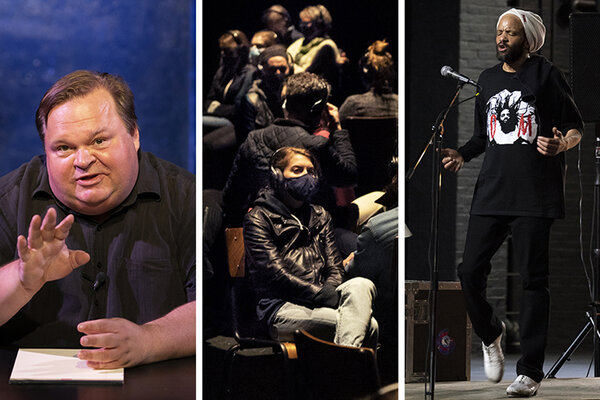 On the first evening in April, Sara Krulwich, a New York Times photographer, visited the Kraine Theater in the East Village, where Mike Daisey, an actor and monologuist, was rehearsing a show for which the seating capacity would be limited to 22. The restriction, Mr. Daisey said, reminded him of his earliest days as a performer, when he was thrilled if even a handful of people were in the audience.

For about 20 minutes, Ms. Krulwich photographed Mr. Daisey, adjusting her shutter, she later said, to ensure that “the theater lights and my camera were going to talk to each other in a kindly way.”

The next day, Ms. Krulwich photographed part of a performance at the Daryl Roth Theater at Union Square. And on Saturday, she shot a 36-minute performance at the historic St. James Theater in Midtown. Those assignments added up to her busiest stretch of theater work in more than a year.

Theatrical productions, dormant since last spring, are resuming in New York City, the first tentative steps toward what actors, directors and others hope will be a strong comeback by the fall. And many in the theater world may see Ms. Krulwich’s presence as a reassuring sign.

For more than two decades, she has been a Broadway and Off Broadway fixture, photographing about 100 shows a year, a body of work that led to her receiving a Tony Honor in 2018.