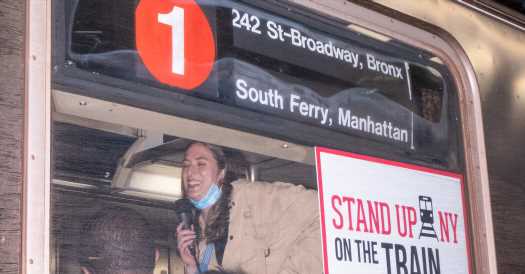 For about three months, an Upper West Side comedy club has been organizing Saturday-night shows on the 1 train. 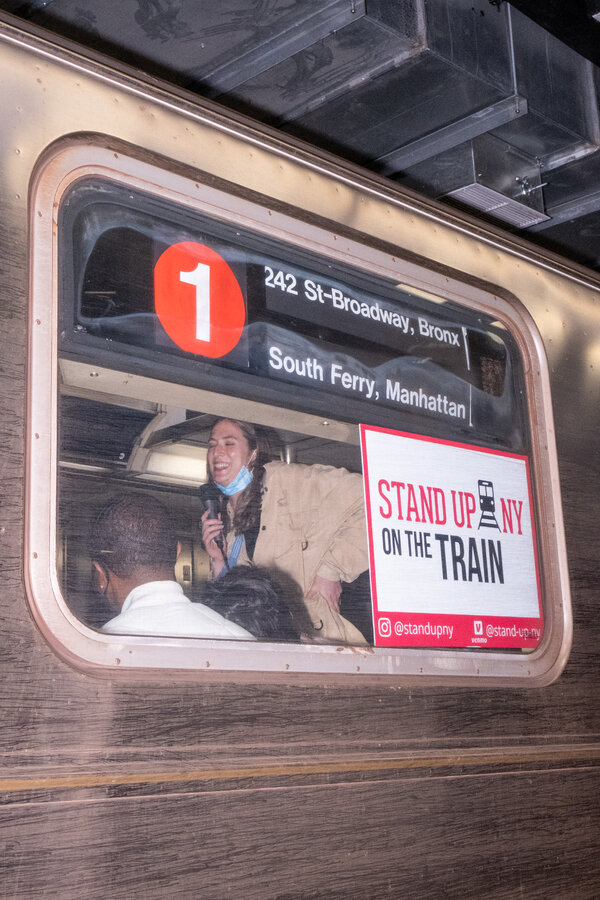 Rachel Lander, a Brooklyn stand-up comedian, was in the middle of a joke about the 2020 presidential election — her audience’s ears perked for the punchline — when the train reached its final stop.

“I’ll finish this later,” Lander said into the mic. “We need to transfer.”

Six comedians, a comedy club booker and eight audience members disembarked from the downtown 1 train and walked down the platform like schoolchildren on a field trip to the aquarium. As they passed people waiting for their trains, heads turned toward the group — a strangely boisterous one for a mid-pandemic Saturday night. Two M.T.A. workers glanced at each other quizzically but didn’t ask questions.

When the group reached the last car of the uptown train, they piled in and arranged themselves as before: a comic standing at one end of the car, mic in hand and portable speaker on the floor, and the audience seated nearby.

“All right, I’m going to finish that story about the election,” Lander said as the passengers settled in. 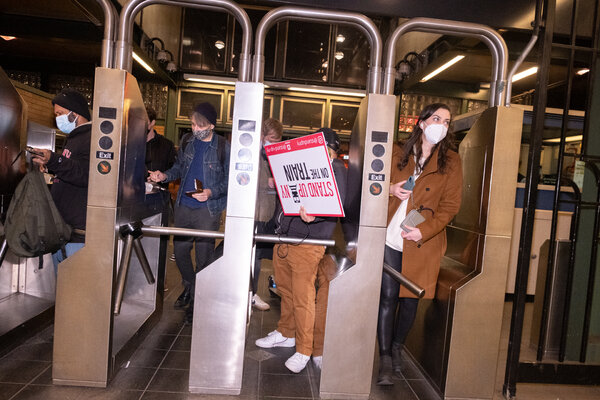 For about three months, New York’s comics had been preparing sets to perform Saturday nights on the 1 train. It may not have been the most glamorous of gigs, but as a comic joked last Saturday, at least it was cleaned regularly. The relentless screeching of the subway had a tendency to drown out punch lines, but a few of the comics agreed that wasn’t so different from the hum of activity in a typical club — the clinking of glasses, the waiters whispering, “What can I get you?”