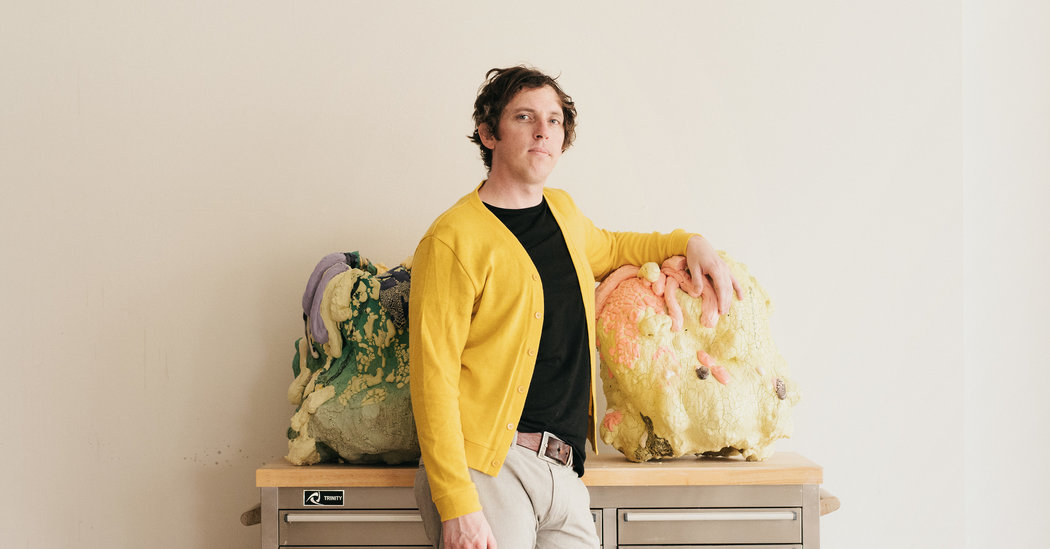 The surfaces of the sculptor Brian Rochefort’s craterlike ceramic masses bulge and drip with gloppy blobs and crackled chips of glaze. But in contrast to these small eruptions of color and texture, his studio is meticulously tidy and spare. On the east side of Los Angeles in a light-filled former storefront, the sculptures, which weigh as much as 85 pounds, sit in orderly rows on unassuming steel tables and shelves, with not a speck of dust or wayward glaze in sight. “I try to keep my studio as clean and minimal as possible,” Rochefort says on an afternoon in June. And besides, with works in progress for his first institutional show, “Absorption by the Sun,” which opened Aug. 1 at the Museum of Contemporary Art Santa Barbara, he explains, “I’m running out of room.”

The 34-year-old ceramist spends about 75 hours a week in the studio to keep up with the growing demand for his work. Earlier this summer, Rochefort had a solo show at Caterina Tognon in Venice, Italy; in November, after the museum exhibition in Santa Barbara, the works from that show will travel to London for his solo debut there at the gallery of the contemporary art dealer Massimo De Carlo. The sculptor’s last two solo exhibitions with his New York gallery, Van Doren Waxter, have sold out. “He is truly experimental with clay, glazes and glass,” says the gallery’s director, Augusto Arbizo. “People have really responded.” 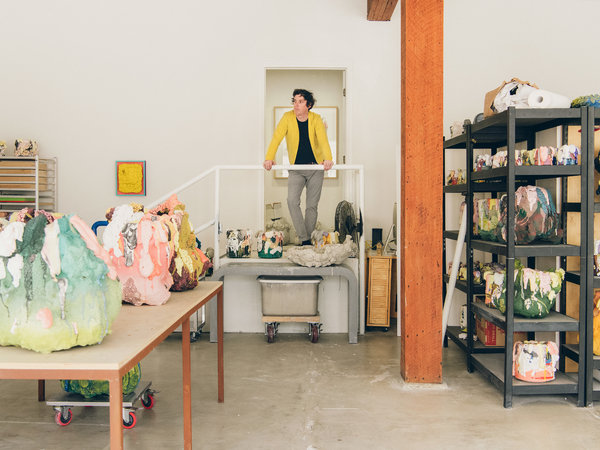 Rochefort’s technically rigorous process relies on custom-blended pigmented slips and glazes, formulated to respond to the heat of the kiln in different ways. The artist begins by airbrushing and firing gradients of base coat color onto his bulbous masses of clay, then covers the surface with glazes of contrasting sheens, textures and hues. “I try to get as much variation as possible,” Rochefort says, and with each brush stroke of glaze and subsequent trip to the kiln, another layer of cracking and peeling slip, glossy speckles, bumpy drips or meringue-like fluff emerges.

Growing up in Rhode Island, Rochefort first took up ceramics at the age of 14, when he signed up for a class during his freshman year of high school. “It sounds cheesy,” he says, “but I knew I wanted to do it forever.” He completed his B.F.A. in ceramics at the Rhode Island School of Design in 2007, followed by a two-year fellowship in Montana, before moving to Los Angeles 10 years ago.

Ceramics, once categorized as a craft, are now highly sought-after at contemporary art fairs like Frieze and Art Basel and are enjoying record auction sales. “Even though ceramics are really popular right now,” Rochefort says, “I feel like the material can be seriously pushed.” That’s why his sculptures span far beyond expected vessel forms to include wall-mounted reliefs heavy with clay raked into thick, three-dimensional strokes and finished with a spray of vibrant color. Rochefort’s “paint cans,” meanwhile, are cylindrical pieces formed on the pottery wheel and subsequently glazed to resemble cups with overflowing streams of color bubbling and hardening down the sides.

Three years ago, another form emerged in Rochefort’s practice after an inspiring hike along the Sierra Negra volcano on Isabela Island in the Galápagos. Looking into the caldera atop the active peak, he was struck with a very particular obsession: “Massive holes in the earth,” he says. “I fell in love.” Two months after returning from the trip, he traveled to the Great Blue Hole, a marine sinkhole at the center of the Lighthouse Reef in Belize; then to volcanoes in Nicaragua, the Ngorongoro Crater of Tanzania and reefs off the coast of Zanzibar. Between his travels, Rochefort’s studio output shifted from perfect cylindrical forms toward larger, looser, more sculptural shapes that evoke various natural phenomena: the oozy nebulousness of hardened lava flows or the porosity of coral, for instance. Working from sense memory, Rochefort titles his works after the places he has been: “Madidi,” an explosion of peach and teal, is named for the Bolivian national park; “Sadiri,” with its gradient from deep jungle green to golden sunburst, takes its name from a lodge in the Bolivian Amazon; and then there’s a numbered suite of cauldron-like pieces called “Crater” that capture the fluid energy of molten magma.

Rochefort already has his mind set on his next destination, the volcanoes of Rwanda, although that will have to wait. For now, work in the studio takes priority, as he continues to challenge the limits of the medium. “Right now, I think the only thing holding him back is the size of his kiln,” Arbizo, the gallerist, says. It’s true, Rochefort acknowledges, that the work has only grown in scale and scope as he’s developed his glazing skills: “They’re starting to get bigger and bigger.” 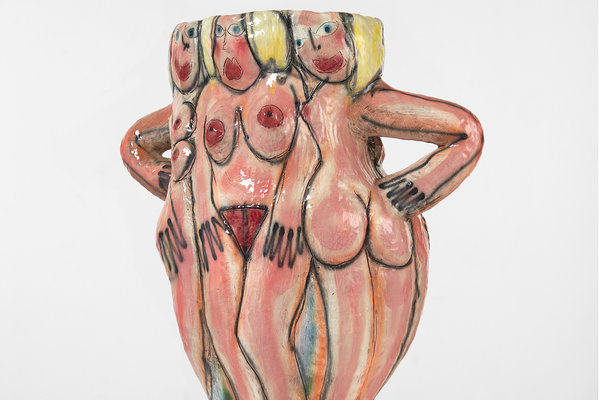 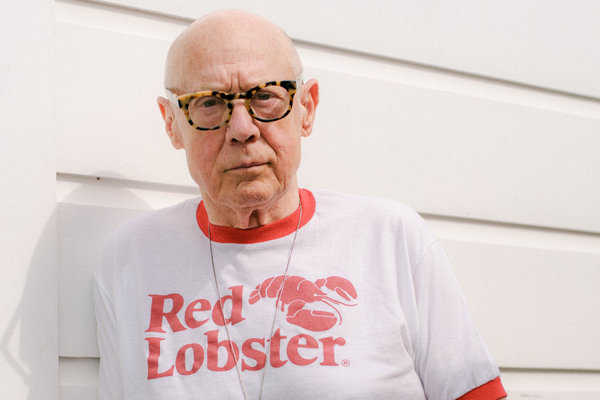 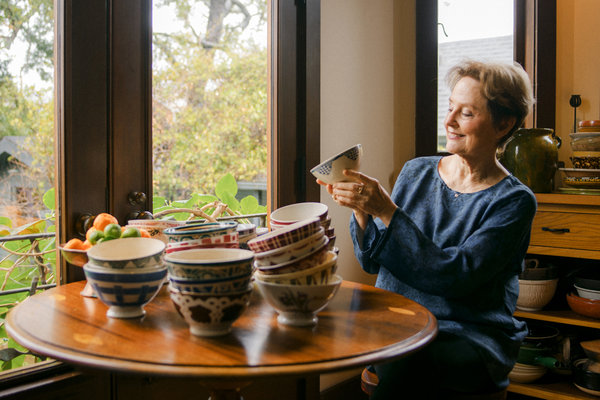 Janelle Zara is a freelance journalist specializing in art, design and architecture. @janellezara