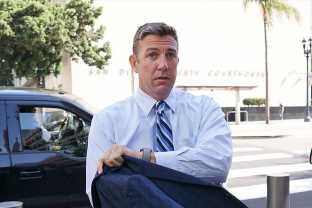 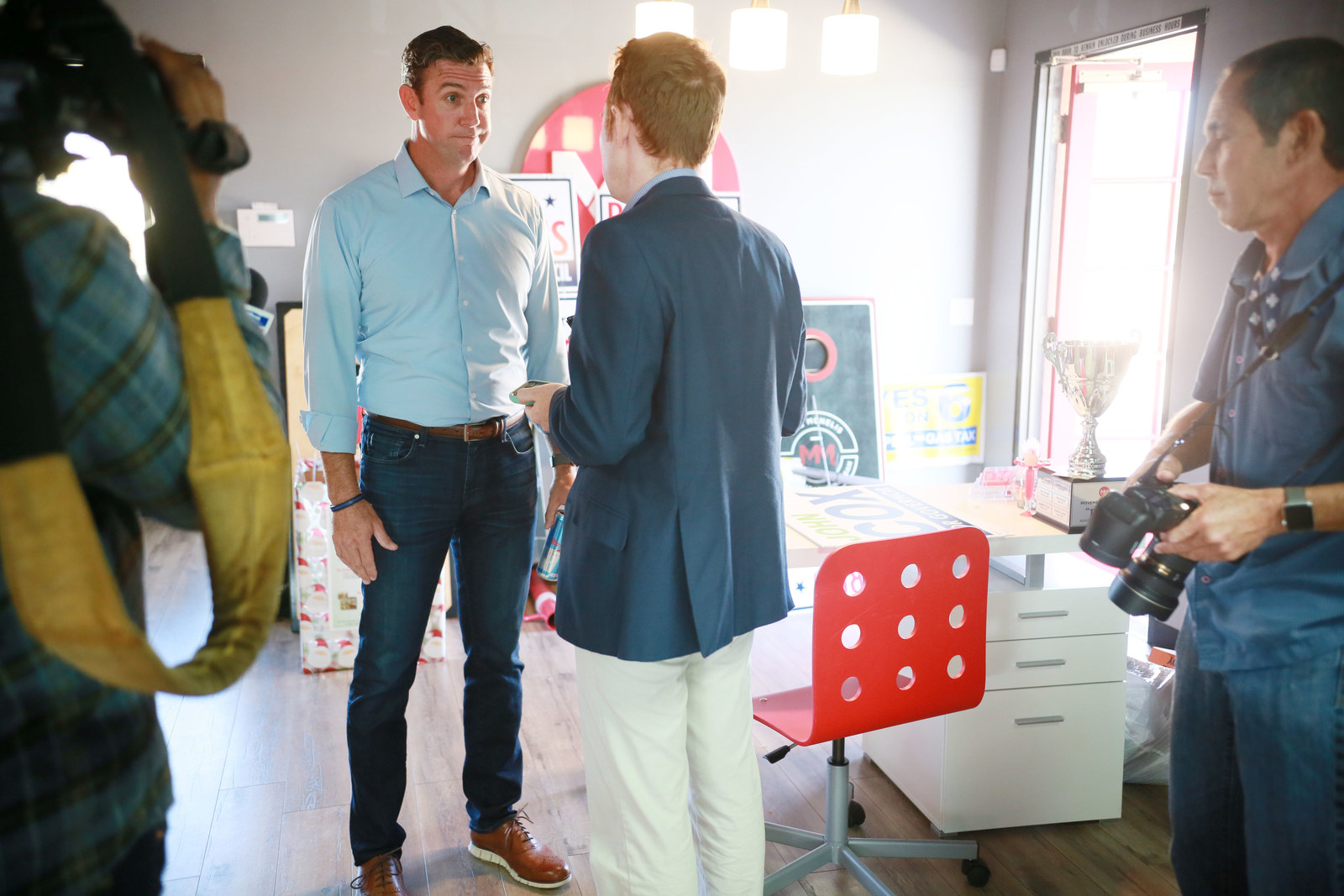 A married Republican congressman accused of illegally spending campaign contributions on vacations and booze for five women he was hooking up with — including lobbyists and his own staffer — says the evidence must be ignored so he can get a fair trial.

“Mr. Hunter’s relationships with [the women] often served an overtly political purpose that would not have existed irrespective of his occupation,” Hunter’s lawyers argued in a Friday court filing, contending his relationship with these women “includes a professional aspect.”

“This salacious evidence provides welcomed fodder for the media” and unfairly turns a jury against him, the lawyers argued in the filing in US District Court in San Diego. The value of the evidence is “substantially outweighed by the unquestionable danger of unfair prejudice to Mr. Hunter.”

The Justice Department indicted Hunter and his wife, Margaret, in 2018 for using more than $200,000 out of campaign coffers in violation of laws that require election contributions be spent to legitimate political ends. Duncan Hunter has pled not guilty to all charges. 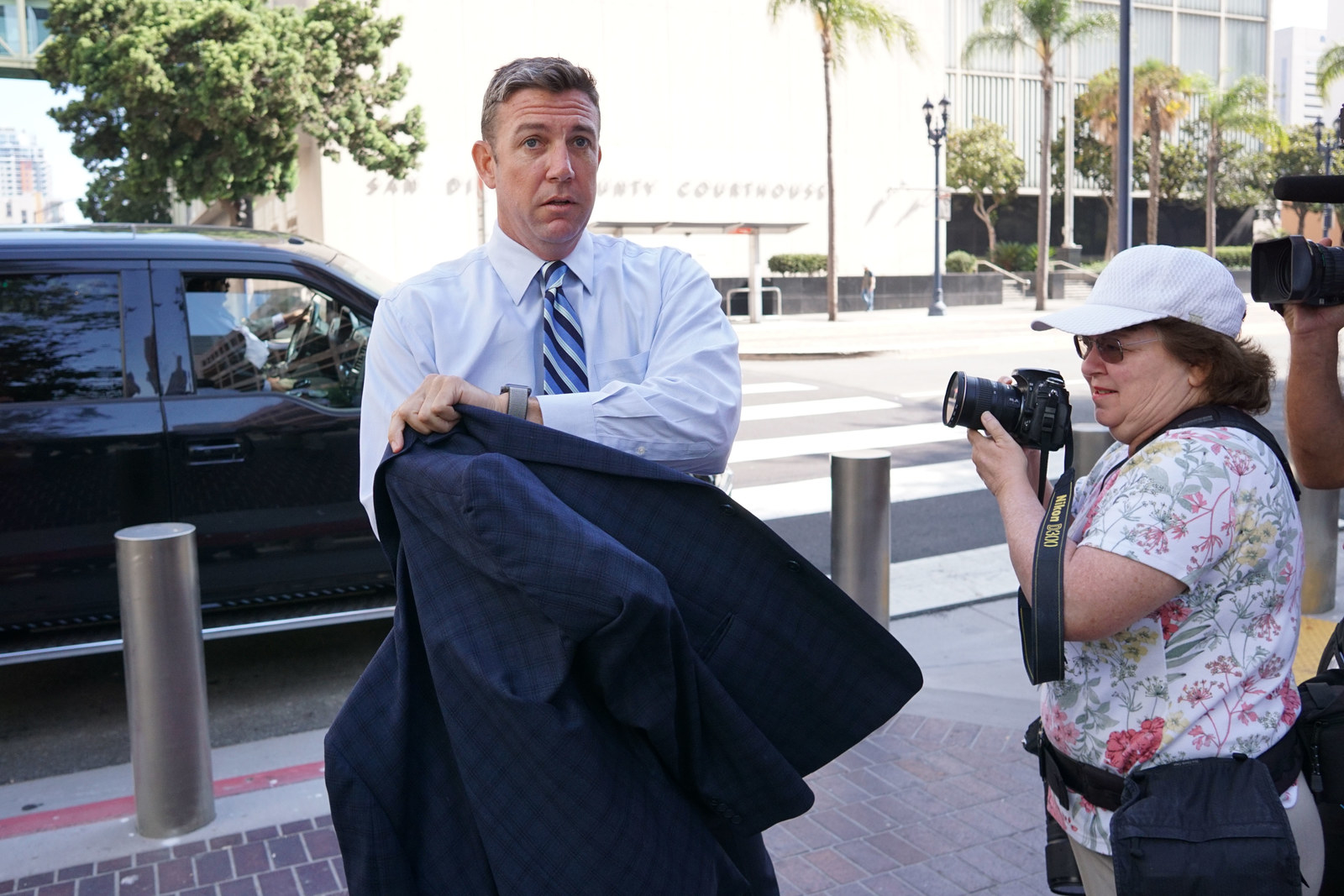 SAN DIEGO, CA – AUGUST 23: Rep. Duncan Hunter (R-CA) walks into the Federal Courthouse for an arraignment hearing on August 23, 2018 in San Diego, California. Hunter and his wife Margaret are accused of using more than $250,000 in campaign funds for personal use. (Photo by Sandy Huffaker/Getty Images)

Hunter’s ski trip to Reno with one woman, road trip to Virginia Beach with another, and other travel to booty calls between 2009 and 2016 were examples of using campaign funds as “personal bank accounts,” prosecutors say.

The latest court filing concerns one aspect of the case — whether or not the government can present evidence of him spending money on these five women. Hunter’s lawyers say that to have a fair trial, a judge should “deny the Government’s motion to admit evidence of use of campaign funds to pursue personal relationships.”

Hunter’s lawyers contend the legitimate expenses of buying drinks, charging hotel rooms, and ordering dinner should not be conflated with the fact that he had romantic entanglements with them, too. Hunter was simply “mixing business with pleasure,” they said.

“Just as with Mr. Hunter’s platonic relationships, his friendships often blur the line between personal and professional, which is a widespread occurrence in modern politics,” his counsel says.

But prosecutors say, for example, that an October 2015 meeting — when Hunter rendezvoused with a lobbyist who’d organized fundraisers for him, referred to in court documents as “Individual 17” — “was not about business.”

On his website, Hunter promoted himself as a staunch believer in “family values” who voted in favor of the Defense of Marriage Act, legislation that defined marriage as between one man and one woman that was overturned by the Supreme Court in 2013.

Earlier this month, Margaret Hunter flipped, switching her plea from not guilty to guilty, agreeing to help in the investigation of her husband. She admitted in court that the couple used the funds to go on expensive trips, shopping sprees, and plane tickets for their pet rabbit, Eggburt.