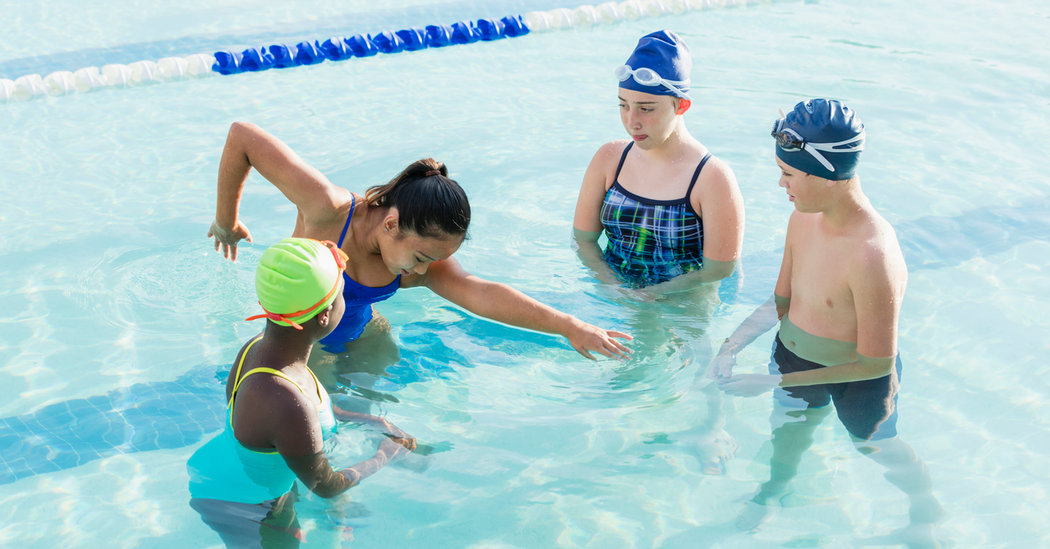 Levi Hughes was 3 years old, on vacation with his family and five other families, when he slipped off the couch one evening last summer while the group was waiting for it to get dark enough for their annual crab hunt.

The family was renting a vacation home in Alabama with a group of friends stretching back to Levi’s father’s residency in cardiothoracic anesthesia.

“Our son drowned when there were six physicians in the room, 12 adults, 17 kids,” said his mother, Nicole Hughes, a writing teacher and literacy coach in Bristol, Tenn., who now works extensively in drowning prevention, including with the American Academy of Pediatrics.

“Everything I read about drowning before Levi died, it was like background noise,” Ms. Hughes said. “We think it’s happening to neglectful parents” who don’t watch their children when they’re swimming. But as she learned after Levi’s death, for most toddlers who drown, it doesn’t happen in the context of time spent “swimming” — that is, time they’re known to be in the water. And drowning is the leading cause of preventable deaths in children from 1 to 4.

“We took water safety very seriously — if you’d given me a list of 1,000 reasons one of my kids would die, drowning would have been the 1,000th,” Ms. Hughes said.

“He was on the couch in khaki shorts and a yellow crab-hunting shirt,” that evening. “I wasn’t on my phone. I wasn’t drinking,” Ms. Hughes said. “Of course, I relived these seconds a thousand times — how did we not see him go out that door?”

And yet, somehow, he got out the door and down the stairs to the pool. She walked out onto the balcony, which overlooked two pools, and saw a bright spot of yellow in the deep end.

She ran screaming down the spiral staircase, she said, and jumped in the pool, and when she reached her son and grabbed his arm, someone else grabbed the other; one of her friends had jumped off the balcony. “We had the best possible immediate response — how can you get any better than five cardiothoracic anesthesiology physicians?” They got a pulse back, but Levi died.

Ms. Hughes now advocates for legislation to provide more barriers around pools. The pool where Levi drowned had a three-sided fence rather than the recommended four-sided kind and had no pool alarm, she said.

She wants children to take swimming courses with a water survival component; she is wary of puddle jumpers — popular life jackets that hold a child upright — which she believes can convince children they will float. Most of all, she says, she wants to see a cultural change around our attitude toward water safety, as has happened with the “Back to Sleep” education program and with car seat and seatbelt use.

“This can happen to anybody and it only takes a short period of time, and no one thinks this is going to happen to them,” said Dr. Sarah Denny, an associate clinical professor of pediatrics at Nationwide Children’s Hospital, who was the first author on the new American Academy of Pediatrics policy statement on drowning prevention. So there’s a good reason to bring this up every year, and review even what you think you already know.

“If you look at drowning deaths, there are two huge spikes,” said Dr. Benjamin Hoffman, who is the medical director of the Tom Sargent Safety Center at Doernbecher Children’s Hospital in Oregon, and was one of the authors of the statement. One is 1 to 4 years old, and the second is adolescents, especially boys, from 15 to 19. Many of them drown in open water, he said, sometimes “while boating, or jumping off a rock, or underestimating the power of mother nature.” Drowning is the second-leading preventable cause of death among 15- to 19-year-olds.

“We were lake people, we went to the lake every summer,” said Dana Gage, whose 15-year-old son, Connor, drowned in a Texas lake in 2012. “Connor was Coast Guard safety-certified,” she said. So when he got a last-minute invitation to a birthday party at the lake with friends, his parents agreed. It was the first time he had gone to the lake without them.

That evening, the boys at the party were playing follow the leader, and at 8:15 Connor jumped off the roof of the boathouse and did not resurface. At first, his friends thought he was joking, and then a frantic search began, and a dive team was called. “At 9 p.m. my son was pulled from the bottom of the lake, and of course, he could not be resuscitated,” Ms. Gage said.

An autopsy showed no other problems or injuries; he had not hit his head, Ms. Gage said.

“He was a heck of an athlete, an endurance runner, a swimmer. It’s inconceivable that he just jumped in the lake” and died.

With all the questions that people have asked her, the most important question, she says, is the one she never gets asked: “Where was his life vest?” If he had been killed in a car, not wearing a seatbelt, she says, there would have been outrage.

Every state has life jacket laws, she said, but most apply to boats, and only up to age 12. “As life jackets are coming off, the drowning rates are skyrocketing,” in adolescent boys, Ms. Gage said. “The only life vest laws we have in this land are connected to boating, but for every person who dies on a boat, there are six more swimming in natural water.”

Because most drowning prevention is focused on swimming pools and the risk to young children, she founded the LV Project in Connor’s memory to focus on open water and life jackets.

“When you move to natural water, there’s an immediate victim blaming: ‘Teenagers are not careful enough,’” she said. “Life vests on lakes should be like seatbelts in cars.” And parents should be modeling safe behavior, she said, as they do with seatbelts.

“I would encourage parents to believe that their water safety job is not over when children learn to swim,” she said.

“We’ve decided as a society, we’re going to go to great lengths to ensure kids emerge from childhood into adulthood with the skills of driving a cawe have a systematic approach to driver’s ed,” Dr. Hoffman said. Water competence should be regarded the same way, he said.

“Swimming is really a life skill — your child doesn’t have to be on the swim team, but they should know how to swim,” Dr. Denny said. “How to keep yourself safe around water is just as important as other developmental milestones.”

Instead, “it’s all about layers of protection.” That means four-sided fences around swimming pools, alarms on doors that will signal if a child goes out, and, when children are around water, having a designated adult to watch them — in addition to a lifeguard if one is present. It means arms-length supervision for the young, and adults who know how to recognize drowning and are trained in C.P.R.

It means using Coast Guard-approved life jackets when people are out on open water. And it means making swimming lessons available to all; children growing up in poverty and minority children are at especially high risk, and are less likely to have access to swimming lessons.

“Drowning happens very quickly. It doesn’t play out as people expect,” with drama and calling for help, Dr. Hoffman said. “Kids just go down, it happens unbelievably quickly and silently.” 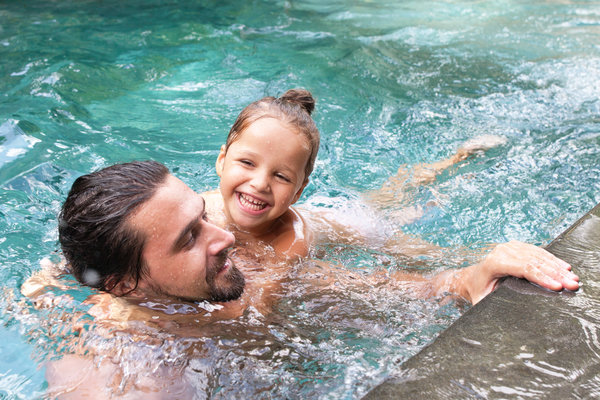