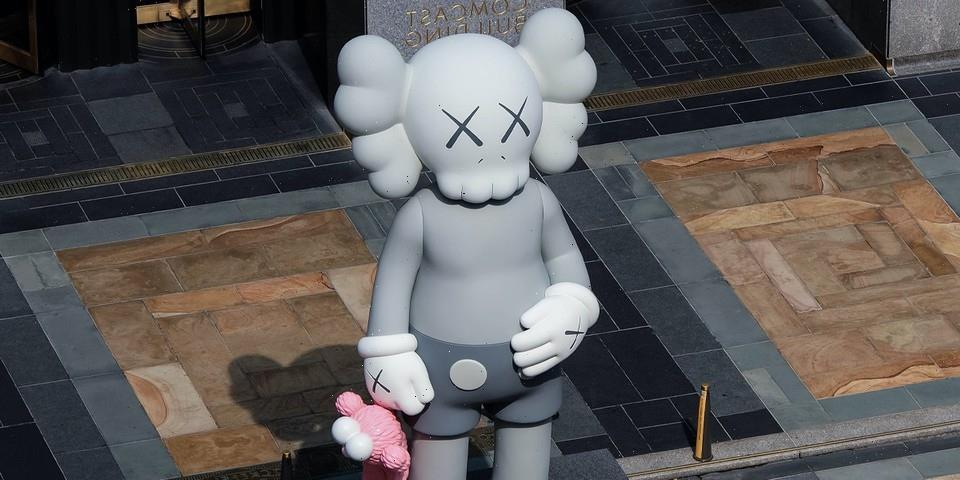 KAWS, the multi-hyphenate artist is expanding into the world of F&B with their latest collaboration with General Mills‘ breakfast option, Reese’s Puffs cereal.

The collaboration was first posted to a KAWS subreddit which saw fans post their KAWS and Reese’s Puffs co-branded cereal boxes from major grocery retailers in their neighbourhoods. The photos revealed the aesthetic of the box which features the symbolic double “XX” eyes above the Reese’s Puffs branding, with a KAWS companion swimming in a bowl of cereal. The back of the box sees a more animated KAWS covering its eyes while standing under a storm of Reese’s Puffs cereal.

Target will reportedly sell the cereal boxes and currently have them on hand. However, it has yet to hit the aisles as of yet. Fans with a keen eye have spotted General Mills’ associated site share news regarding the launch. Though, the site is not yet live as of writing. Another website reveals a co-designed KAWS PUFFS logo set over a backdrop of the iconic cereal with a statement that implies the drop will occur on November 8.

This is not the first time Reese’s Puffs has teamed up with a big name. Recently the cereal brand collaborated with Lil Yachty and Travis Scott.