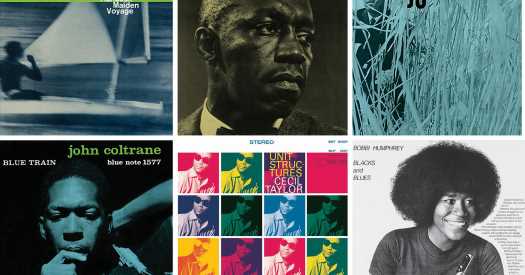 After hearing the Meade (Lux) Lewis and Albert Ammons at the historic “From Spirituals to Swing” concert at Carnegie Hall in late 1938, Albert Lion approached the famed stride pianists, and a few weeks later, they entered a New York studio and made the first Blue Note recordings. Lion invited Ammons back in spring 1939, this time with a band, to record a few sides in the chugging boogie-woogie style that Ammons had recently helped popularize. Christened the Port of Harlem Jazzmen, the thrown-together sextet was the first full-on ensemble recorded for the label.

As bebop became the vanguard in the 1940s, Lion and his partner, Francis Wolff, kept their ears to the ground. Bud Powell, one of bebop’s inventors, fronted an all-star quintet on his first Blue Note session, with an already-impressive Sonny Rollins, then just 18 years old, on tenor saxophone. Recorded in 1949, the album was released as a 10-inch LP three years later.

Thelonious Monk was one of Powell’s closest friends and musical counterparts. Monk’s sharp-edged, percussive style of playing — and composing — had turned off critics for years before Lion and Wolff took a chance on him. In 1947, they recorded his first sides as a leader, eventually released as the LP “Genius of Modern Music.” Soon afterward, he went back into the studio, this time with the vibraphonist Milt Jackson joining his ensemble. Though many of the tunes (including the off-kilter masterpiece “Evidence”) were Monk’s, the music was originally released under solely Jackson’s name. By the time the label started putting out 12-inch vinyls in 1956, Monk’s star was on the rise, and it credited the reissue to both Monk and Jackson. This became the first Blue Note LP to feature cover art from Reid Miles, whose crisp designs would become a symbol of the label’s identity — and jazz at large.

John Coltrane’s one and only recording for Blue Note is among his finest records. In a move that was rare for other labels, Blue Note paid Coltrane’s band for its rehearsal time; as a result, the group cruises crisply through Coltrane’s challenging originals, particularly “Lazy Bird” and “Moment’s Notice.” On the title track, a proclamatory blues, his solo took such a radical approach to rhythm and harmony that he inspired an often-cited work of jazz criticism, by Zita Carno in The Jazz Review, examining his musical ideas in detail for the first time, and proclaiming that Coltrane’s “command of the instrument is almost unbelievable.”

Perhaps the definitive document of the hard-bop era, this album’s first tune, written by the pianist Bobby Timmons, sports a coolly delivered call-and-response melody, and Art Blakey’s strong, stubborn swing feel underneath a parade of bristling solos. Despite being nine minutes long, the track proved so popular that what was an eponymous album inevitably became known as “Moanin’.”

A veteran of Blakey’s Jazz Messengers (a proving ground for hard-bop musicians on the rise), Wayne Shorter by 1965 was the tenor saxophonist and musical director for Miles Davis’s renowned quintet. But on “Juju,” he borrowed a rhythm section from his mentor, John Coltrane, and recorded six of his most timeless, skewed-angle tunes, leaning hard on the knotty propulsion and raw power of Elvin Jones’s drumming.

This album represents the height of modal jazz: music that has all the component parts of hard-bop, but with the harmonies cooled and simplified, creating a sense of indeterminacy and suspension. It’s an opportunity to hear Herbie Hancock make some of his most inventive statements as an improviser, seeming to exploit every angle of every chord.

By the mid-1960s, Blue Note had come on board with the free-jazz revolution sweeping across the jazz world. This recording, by the titan of avant-garde piano Cecil Taylor, is an unrelenting but expertly crafted barrage of smashed-up textures and rhythms that are always in the process of being ripped up and begun anew.

A flutist and vocalist who mixed velvety textures and nonstop grooves, Bobbi Humphrey became one of Blue Note’s most popular artists of the fusion era. Her biggest success, “Blacks and Blues” was entirely composed and produced by Larry Mizell. He and his brother Alphonso became like the Gamble and Huff of Blue Note Records for much of the 1970s, producing a small harvest of catchy crossover albums by Humphrey and the trumpeter Donald Byrd.

In 1986, one of the greatest a cappella virtuosos in American history was between a breakout solo album (“The Voice”) and an impending commercial smash (“Simple Pleasures,” featuring the No. 1 hit “Don’t Worry Be Happy”). But this live album, which ranges from the affectionate original “Thinkin’ About Your Body” to covers of the Beatles and Dizzy Gillespie, captures Bobby McFerrin’s restless versatility and wily sense of musical play.

The watershed pianist Geri Allen had carved out a deeply personal jazz style by the time she recorded “Maroons,” her second of four albums for Blue Note. Working with two bassists and two drummers, she took the modal concept into a more heavy-footed, grooving terrain, while splashing it with shades of avant-garde adventurism.

James Hurt was among a cohort of talented young musicians coming up in the late 1990s whose careers were buffeted by a downturn in the recording industry. He recorded “Dark Grooves, Mystical Rhythms” just before the Napster bubble burst, and he was quickly dropped from the label after its release. But nowadays, this largely forgotten album feels like a link between jazz’s old barrelhouse history, the globalist avant-funk of the M-Base collective (to which Allen belonged) and the hip-hop fusions to come. It’s also a reminder of Blue Note’s continued engagement with jazz’s cutting-edge.

Norah Jones’s debut album turned her into an instant sensation, and profoundly impacted the label’s creative (and commercial) direction in the new millennium. The smoky butterscotch of her voice; the twinkling tapestry of piano and acoustic guitar; the coffeehouse songwriting of Ms. Jones and her bandmates — it all made ”Come Away With Me” into the choice for the average American family struggling to agree what to play on the car stereo, moved about 30 million copies (more than any Blue Note album before or since) and earned her an armful of ore at the Grammys.

One musician who weathered the industry downturn was Jason Moran, a pianist (and now a multidisciplinary artist) whose Bandwagon trio remains become one of the most reliable, and pliable, units in jazz.

The standard-bearing trumpeter of his generation, Ambrose Akinmusire made a splash in 2011 with his shape-shifting Blue Note debut, and since then he’s continued to undermine assumptions about what a jazz trumpeter or composer ought to be doing. His most recent album is his most ambitious, putting a tersely arranged string quartet into conversation with jerky, post-hip-hop instrumentals, and inviting the rapper Kool A.D. to spit verses untethered from the rhythms around him. 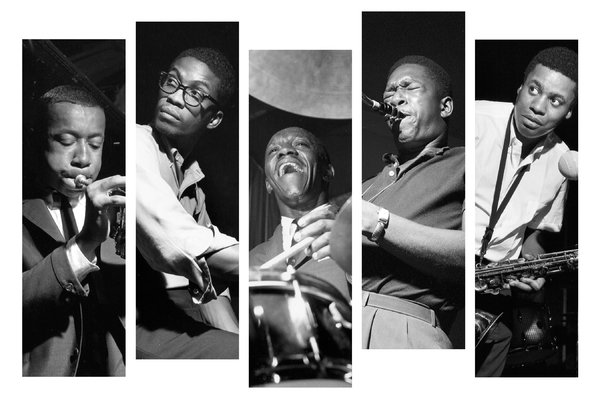