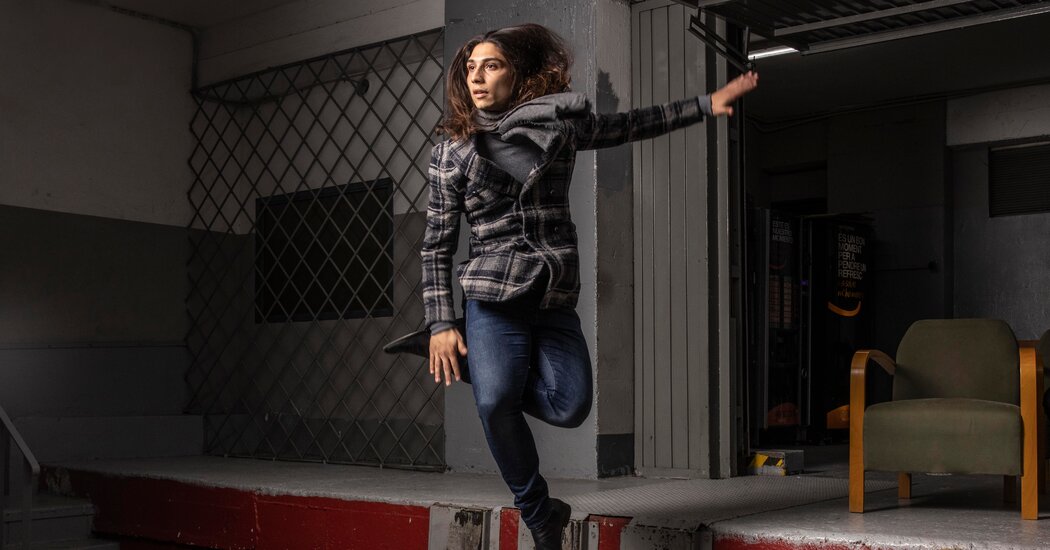 BADALONA, Spain — In a makeshift dance studio in an industrial warehouse one recent afternoon, the flamenco dancer Miguel Fernández Ribas, known as El Yiyo, was practicing his moves next to a pile of pink and orange synthetic blankets that his father sells at local street markets.

He lives within walking distance of the warehouse, alongside relatives and friends who form part of the Roma community in Badalona, a city just north of Barcelona.

Theirs is a gritty, working class-neighborhood, a far cry from the Teatro Real opera house in Madrid, where El Yiyo made his debut in November, performing with such energy that he broke the heel of his boot. Undaunted, he threw off his boots and finished the act barefoot.

“It’s unlucky to snap off a heel, but I didn’t feel like it was a serious crisis, because improvising is what I’ve always done,” he said in an interview in Badalona.

At 24, El Yiyo is part of a new generation of flamenco artists, some of whom are pushing the boundaries of the traditional Spanish music and dance style by combining it with other genres.

While traditional flamenco is the cornerstone of an El Yiyo performance, he is self-taught and blends the genre with elements of contemporary dancing: “Whatever can inspire me,” he said. Such mixing comes at a time when Spain has been debating what constitutes real flamenco, intensified by the success of the singer Rosalía, who has become one of the country’s leading music exports by giving pop music a flamenco twist.

As a Roma, El Yiyo belongs to the community whose members present themselves as the guardians of Spain’s flamenco culture; Rosalía, who is not Roma, has been criticized as hijacking the tradition. But El Yiyo wants no part in arguments over cultural appropriation.

“I really don’t understand this debate between purists and modernists, because even if you can find reasons to argue that Rosalía is not really doing flamenco, there are no reasons to deny her originality and talent,” El Yiyo said.

“I can dance classical flamenco, if that is what I am asked to do. But I want my dancing to be more open,” he added. “I want to be inspired by anybody who can help me dance better, whether it is Michael Jackson, or a kid on my street trying out some neat little move.” 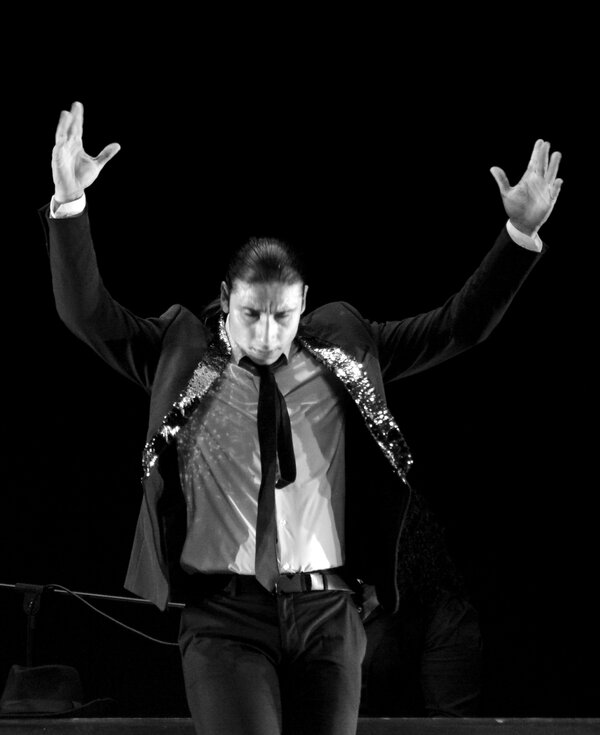 El Yiyo said he was proud of Roma culture, but that flamenco had also long been enriched by artists who were not Gypsies, like the guitarist Paco de Lucía, who also helped turn a six-sided Peruvian box, the cajón, into a staple of flamenco percussion. Being Roma was only an advantage and relevant to flamenco, El Yiyo said, “in the sense that we start out with flamenco in our DNA.”

After a brief pause, he added: “I really don’t want to make a statement about my race by talking about my DNA, but what I mean is that I’ve never attended a family party where my parents, uncles and cousins didn’t clap, sing, or dance flamenco — and that doesn’t happen in every family in Spain.”

He grew up surrounded by flamenco sounds, but it was by watching online that he really learned to dance, he said. His biggest idol, he said, was Michael Jackson, whose moves he would replicate as a child, as well as those of Fred Astaire and other Hollywood performers he discovered on YouTube.

“I was born into the technology generation. I’m a YouTuber who learned more by dancing in front of a screen than in front of a mirror,” El Yiyo said. “I didn’t have a great teacher who turned me into a good flamenco dancer, but I was lucky to have a family who always loved flamenco.”

Juan Lloria, a journalist who covers flamenco for Onda Cero, a Spanish radio station, said that El Yiyo was not Spain’s only self-taught flamenco artist, but there were certainly very few who did not at least have one professional artist as an example to follow within their family.

“When I watch El Yiyo, I see somebody who learned on the street,” with real energy and spontaneity, he said.

In December, El Yiyo traveled to the city of Valencia to give one of the very few stage performances he could schedule since March, when the pandemic called a halt to cultural life in Spain. His show at the Talia theater was sold out — or at least the 50 percent of the seats that could be filled under the local coronavirus rules.

In part because of the restrictions, El Yiyo presented a stripped-down version of his latest production. He danced alone, accompanied by only three musicians, and without his usual backup dancers and large orchestra.

El Yiyo walked onstage wearing a silver jacket and a black fedora lowered to cover his face, looking a little like his hero. For much of his opening dance, he seemed to be gently gliding across the floorboards, but he suddenly jumped to the front of the stage, slamming his feet as he landed, so that it brought out a collective gasp from the audience. From then on, every pause in the show was met with rapturous applause and shouts of “Olé!”

“I need to feel that I’m setting my public on fire,” El Yiyo said after the show. “I need to make them forget for at least one hour everything else that is happening, especially in the midst of this pandemic.”

In some of his recent shows, El Yiyo has performed alongside his two brothers, Ricardo, 20, who is known as El Tete, and Sebastián, 13, who uses the stage name El Chino.

“We all have the same hair and face, but I think we are really very different when it comes to our dancing,” said El Tete, in an interview. “Our older brother is pure energy and has the strength of a horse, while I think I’m a bit more elegant.”

He added that the relationship among the siblings was “clearly competitive, but I think in a healthy way that motivates each one of us to dance at his best.”

El Yiyo, also sounded fine with competition, even if he insisted that the coronavirus should unite rather than divide artists who are now facing a second season of canceled shows. Beyond the economic impact, he said, it was hard to transmit the essence of flamenco without having an audience and also feeding off its reactions.

In fact, even when sitting down for an interview, El Yiyo kept fidgeting and tapping the palm of his hand on his thigh, to a flamenco rhythm apparently sounding in his head.

“Of course there is a lot of technique in my dancing,” he said. “But flamenco is really about letting all the sensations flow through your veins.”