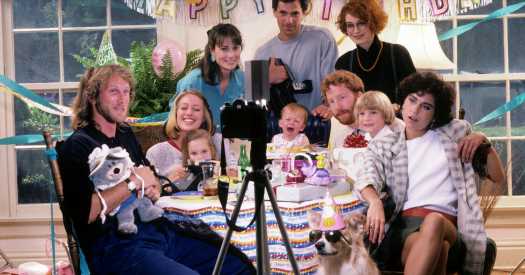 With the arrival of Disney Plus and Apple TV Plus — and with HBO Max and NBC’s Peacock coming next year — we’re nearing a time when almost every major media conglomerate will have its own subscription streaming service. But for a variety of reasons, some beloved TV series remain locked away.

Often, the original contracts for a show were structured to cover broadcast rights and syndication but didn’t factor in the home video market, which makes paying all the co-owners for a streaming deal too complicated and expensive. Or sometimes a single company owns the rights, but holds onto them in order to maximize their value.

If you want to watch a classic episode of David Letterman’s “Late Night” or “The Late Show” right now, for example, you have to rely on illegal uploads. The comedian’s company Worldwide Pants owns most of that material, and its stewards have announced no plans (yet) to license any of it to Netflix or Hulu. The influential Canadian sketch comedy series “SCTV” has also all but disappeared, because of music rights issues, aside from a Martin Scorsese-directed Netflix documentary about the 2018 cast reunion (which has no announced release date).

Here are other notable series that can’t currently be streamed, either through a subscription service or via digital retailers like iTunes or Amazon.

Though it only ran for one season, this charming, ahead-of-its-time dramedy — about a black Ivy League professor inheriting a New Orleans restaurant — won three Emmys and has a small but fervent fan base. The co-creator and star, Tim Reid, has been trying to get “Frank’s Place” into the home video market for decades, but the show’s expensive soundtrack of vintage jazz and R&B has been a snag.

The final episode of this true-crime drama was one of the most-watched scripted programs of all time. But like most shows from Quinn Martin Productions (including “Cannon” and “The Streets of San Francisco”), “The Fugitive” has been released on DVD and in syndication, but hasn’t made the jump to streaming.

Based on a book by the “Wire” creator David Simon, “Homicide: Life on the Street” is one of TV’s rawest police procedurals. The entire series has been released on DVD twice, by two different companies. But while NBC is one of the multiple entities that own a piece of “Homicide,” there’s been no mention of its new Peacock service carrying the show. (Similarly, the NBC cult favorite “Freaks and Geeks” disappeared from Netflix last year, and has no apparent streaming home right now, on Peacock or elsewhere.)

The sitcom that made Robin Williams a star was available at onetime via Hulu. But while the show would seem to be a natural for CBS All Access (given that it’s co-owned by Paramount and distributed in syndication by CBS), its streaming status is mysteriously in limbo.

Never heard of this earnest legal drama? Then you probably also don’t know that Steven Spielberg had one of his first directing assignments on “Owen Marshall,” or that the show featured early TV appearances by Farrah Fawcett and John Travolta. This is the kind of fascinating but barely remembered series that streaming services frustratingly tend to ignore, even when there are no rights snafus.

As the 1980s gave way to the ’90s, there were few more zeitgeist-defining shows than “Thirtysomething,” a thoughtful and emotional drama about baby boomers struggling to reconcile the counterculture rebellion of their youth with the materialistic success of their Reagan-era adulthood. Though the series has been available digitally in the past — and has been released on DVD from multiple boutique labels — it’s currently without a streaming home, thus depriving modern audiences of this still highly relevant portrait of middle-aged angst.