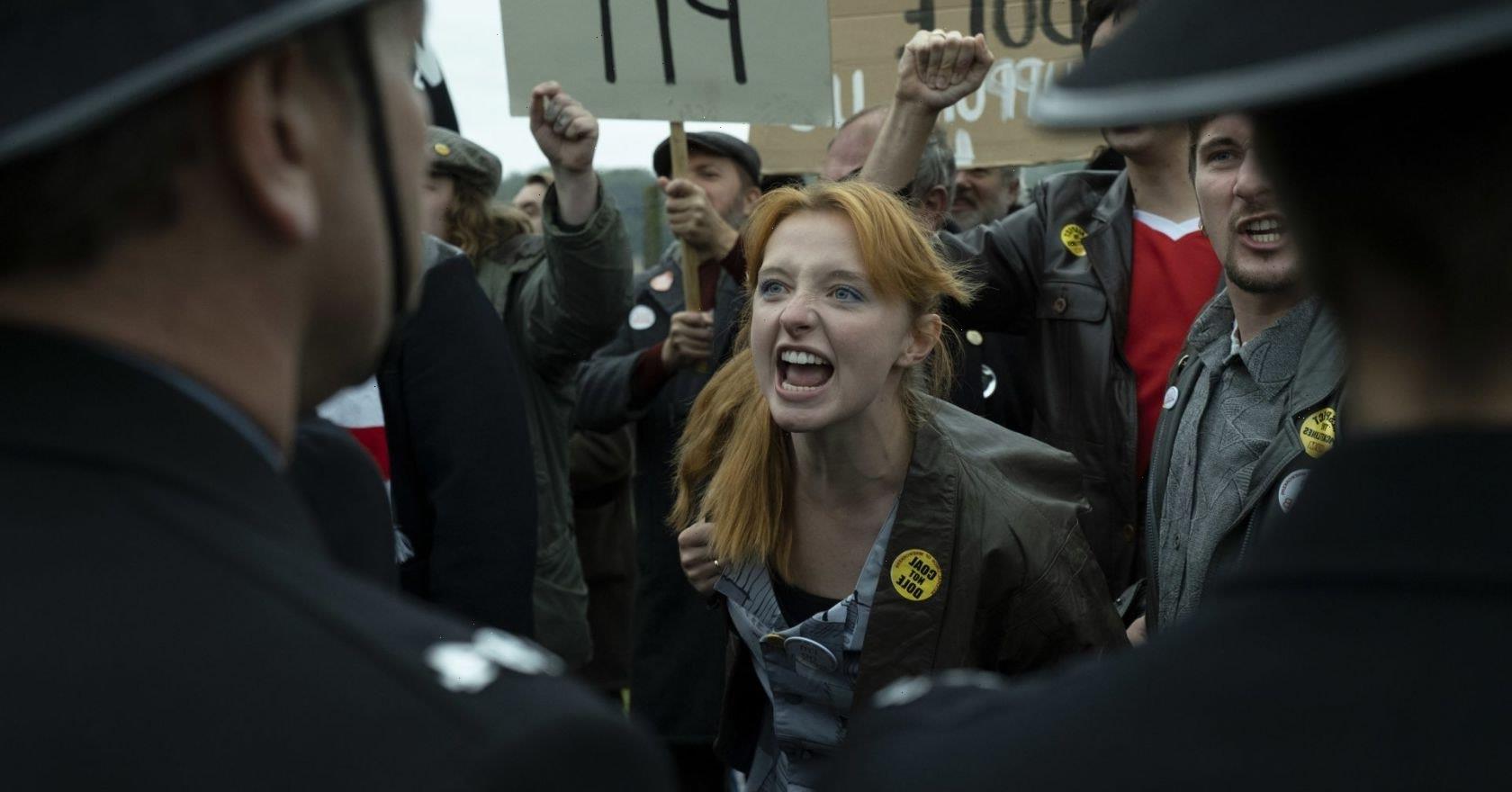 With BBC One’s much-anticipated crime drama Sherwood premiering next week, the cast and creator have revealed more details about the new series.

It seems like an age since we’ve gotten a gritty crime drama for us to sink our teeth into and that’s part of the reason why we’re so excited for the arrival of Sherwood on BBC One.

We say part of the reason because, actually, as well as being an enthralling six-part drama about murder, it’s also exploring a part of British history that hasn’t been explored in such a way before. It’s also not your archetypal whodunnit, but rather, a whydunnit.

Set to air on Monday 13 June, the new drama is about “spy cops”, the 1984 mining strike and two seemingly unconnected murders. We already know part of what we can expect from the chilling trailer but in the run-up to the show’s release, the BBC has shared an insightful set of interviews with the show’s creator, James Graham, and some of the all-star ensemble – which includes David Morrissey (The Missing), Joanne Froggatt (Angela Black) and Robert Glenister (Hustle).

Graham, who is most known for his Olivier award-winning play This House and 2020’s Quiz, has revealed just how important the new drama is for the audience, the cast and, ultimately, his own personal history.

Creator and executive producer of Sherwood, James Graham, reveals that the drama is “essentially a six-part thriller” but he’s “impossibly relaxed about it not quite fitting neatly into any one genre”. He adds: “I really think that’s one of the strengths of the show and what hopefully makes it compelling.”

He says: “It’s hugely personal to me and inspired in part by real events in my hometown in Nottinghamshire. It is a contemporary drama and at its heart are two devastating killings which spark a massive manhunt and shatter a community that is already fractured after the divisive effect of the miners’ strike 40 years before.

“I hope, and I say this as someone who was deeply affected by the story and the real killings that in part inspired the series, it will shock but also move and entertain and carry an audience through every week via the questions and all the mysteries that this story throws up.”

The new BBC drama chronicles the after effects of the 1984 Mining Strike.

Speaking about being able to showcase a part of the UK that is so personal to him, Graham said: “Places like this rarely get screen time; I don’t think there’s ever been a drama set in the part of the world in which I grew up. So, to be able to put those voices and those people and their sense of humour and wit and that experience and the conditions that underpin that community on screen is a huge privilege.”

He continues: “I felt very moved by that and I feel a real sense of responsibility to protect the people I grew up with – my neighbours and my family and my friends.

“This isn’t a literal adaptation; these are fictional characters, but it is inspired by the many stories that real events evoked in the community. Sherwood is lots of different stories tied together, but absolutely, I hope, a love letter to the place I grew up.”

Sherwood premieres on BBC One on Monday 13 June.

While the two killings inspire the new BBC drama, Graham has been sure to underline that Sherwood is fictional

Graham said that although he’s consulted with the real people involved in the events, “it just felt right to fictionalise elements of their stories. I think they’re relieved it’s not directly adapted from their story and it features different characters. I hope there’s a catharsis there for them, and hopefully the wider community.”

He says: “I think no community is defined by a single experience or a single story and nor should it.

“I think it was the moral thing to do in terms of protecting the people who I care about, and coming from that community, politically I wanted to tell something that I felt represented it.”

The police war in 1984 was a huge factor for Graham to consider when creating Sherwood but it was only when researching that his eyes were opened to the idea of “spy cops” in the 80s.

In an inquiry which took place while Graham was writing the scripts, the National Union of Mineworkers presented their case: “that 40 years ago, the Thatcher government and others placed operatives into normal, everyday, working-class communities”.

Graham describes it as a “provocative and unknown and surprising idea that’s not yet been proven but that I wanted to explore”.

He says: “I know we’re all familiar with the concept of undercover police officers from shows like Line Of Duty, where it feels very understandable to have undercover people policing criminal activities, but I think what’s shocking, and what most people don’t talk about enough, is that in real life these were just normal people seemingly being monitored.

“These are families, these are me and you. That’s what this inquiry is for and I think it’s very important. The more I dug, the more shocked I was, and then came the absolute certainty that we should be exploring both what it would have felt like to be a spy cop but also the lasting legacy of that and what it might be like. We’re creating the scenario of people being inserted into these communities with the sole purpose of causing divisions, it feels dramatic and important to look at.”

Graham describes the show as being about “how the past affects the present, and how the present inhibits or makes possible a future”.

For this reason, he says, it taps into “anxieties around our national identity at the moment and how communities are divided, whether that’s because of Brexit or because of cultural issues.

“Here is a story very much set in the impact of the miners’ strike, which like Brexit asked communities to make a decision, a binary decision, much like leave/remain. Are you going to strike or are you not going to strike? And the cruel simplicity of that completely split communities and families and it’s hard to believe but, to this day, brothers will cross the road from brothers who made different choices, which is just devastating.”

He continues: “I think an audience will recognise that in the political moment we’re living through and the desire to ask questions about that. I think there is an appetite to spend time in these red wall towns, that we read a lot about in the newspaper or hear a lot about on social media, but don’t get to spend time in and to listen to the voices and the characters and the stories that come from them.”

Sherwood premieres on Monday 13 June on BBC One at 9pm, with the second episode airing the next evening at the same time. Episodes will be released weekly, only then becoming available on BBC iPlayer.