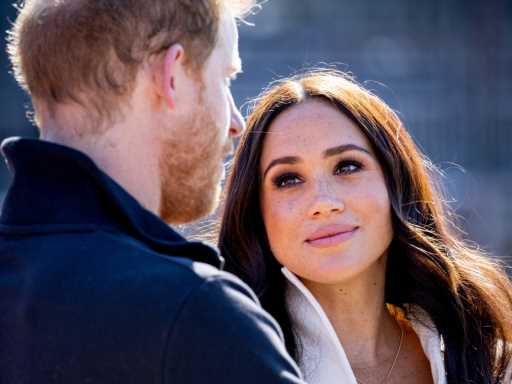 If there’ve ever been any doubts about whether or not fairy tale romances actually exist between princes and princesses, Prince Harry and Duchess Meghan Markle have put them to rest. The royal-but-not-technically-royal couple pulled back the curtain on their private American life ever so slightly during a recent interview with The Cut, Meghan being the primary interviewee and Harry popping in and out of the conversation at his own leisure. In addition to reclaiming their identities in the world as both people and a couple outside of the Royal family, and reframing the ever-present vitriol surrounding their every move, Meghan and Harry opened up about their love story through powerful personal anecdotes that put even the best fairy tales to shame.

The Sussexes’ romance is evident to anyone with eyes: they always seem to be touching in some capacity, they’re rarely seen more than two feet from one another, and the way they so casually look at one another with palpably intense love is the stuff Disney fairy tales are made of. We’ve previously heard firsthand how protective Prince Harry is of Meghan, specifically during their vulnerable conversation with Oprah in 2021, and after Meghan’s chat with The Cut, we’ve been gifted more of the same swoon-worthy stories of the Duke and Duchess’s pure, profound love for one another.

Whether relishing in a private moment themselves or witnessing their love pour over into their adorable red-headed children, it’s becoming increasingly more apparent that to Meghan and Harry, their love reigns supreme over the overwhelming, suffocating, undeniably racist machine of the Royal family. In just five simple but sweet anecdotes of moments from their daily life in Southern California, Meghan and Prince Harry have once again shown the world that their romance is the closest thing to a Disney fairy tale we’ve ever seen from the House of Windsor.