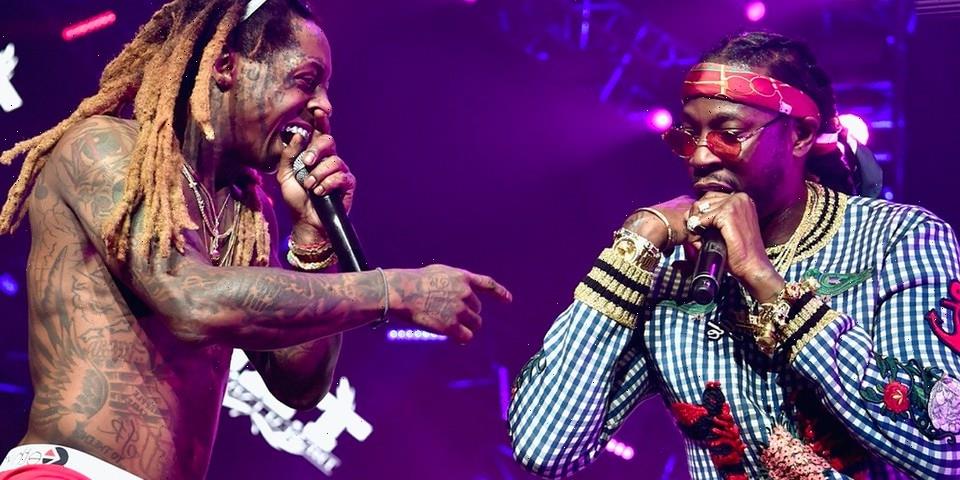 Early this year, 2 Chainz spoke about the imminent arrival of his next collaborative album with Lil Wayne. Back in January, 2 Chainz said that ColleGrove 2 would arrive later this year, however, there has not yet been an update regarding the process of the album until now.

It was not until Monday, that the Atlanta rapper Tweeted an update for fans on the lookout to the sequel to their 2016 collaborative efforts. While 2 Chainz has been busy performing all over North America, he reminds fans that he has not forgotten about the album and is still very much locked in with Lil Wayne. In the tweet, he writes, “Had a good weekend wit 2 shows in Vegas and one in Mexico in 2 days , now I’m about to crash I’m just walking out the studio , been in with @LilTunechi all night , let’s just say I’m Excited about our project.” The tweet was accompanied by two photos of himself and his wife traveling.

This January, 2 Chainz told DJ Akademiks that they are for sure dropping the album this year. He shared, “This one is definitely coming out this year. We’re actually in the process of mixing it and [Lil Wayne’s] on every single song.”