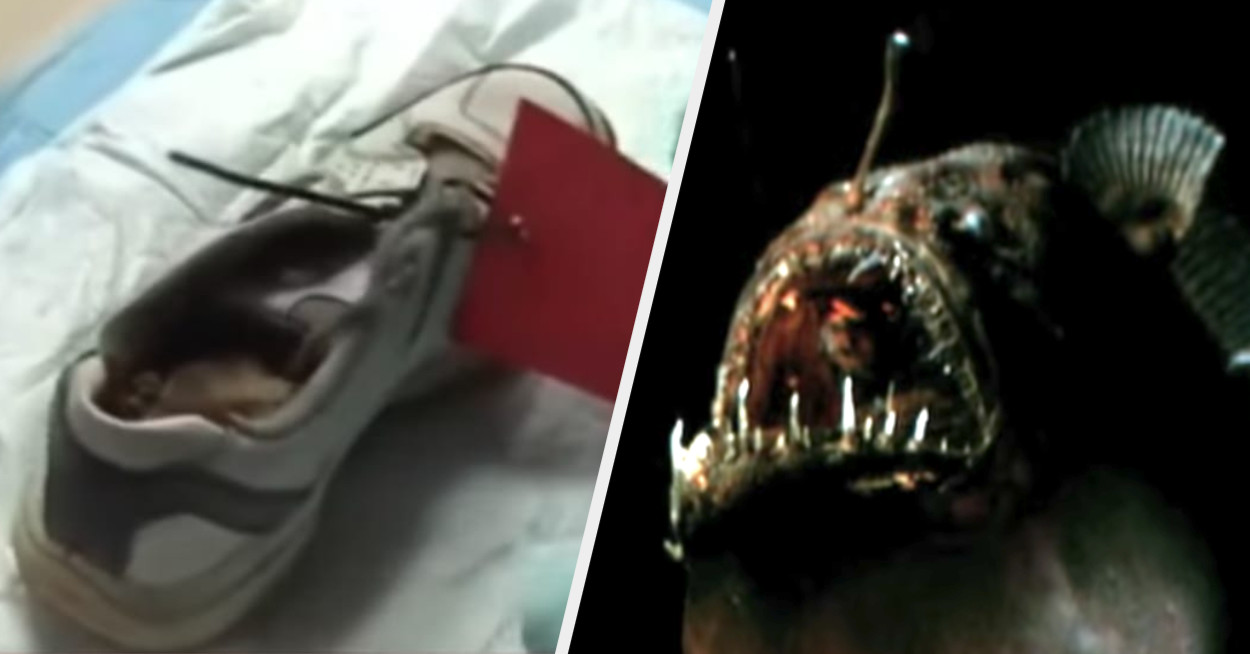 Warning: Some images in this post are potentially disturbing. Continue at your own risk. 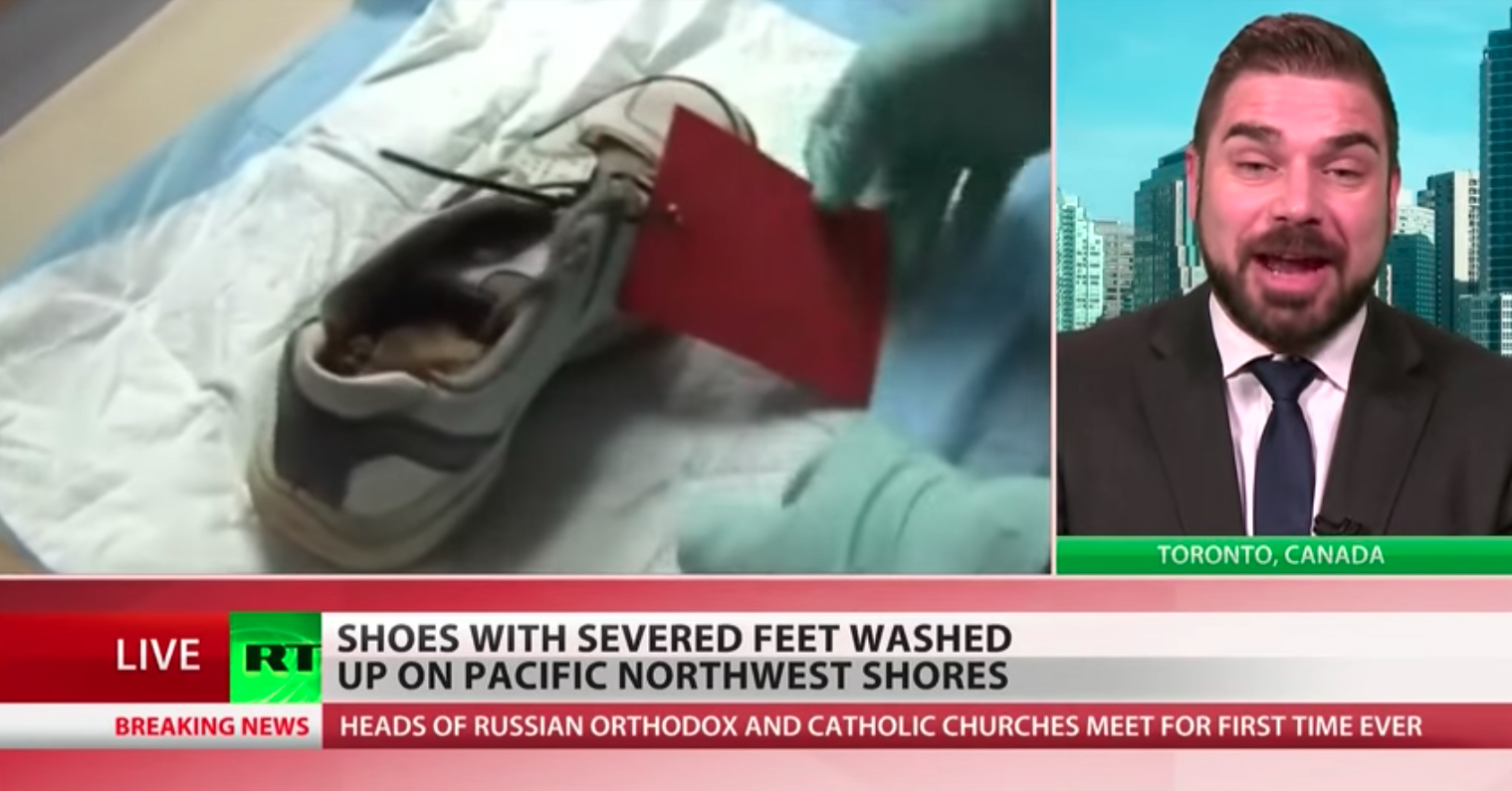 Since August of 2007, there have been at least 20 DETACHED human feet discovered off the coasts of British Columbia in Canada and Washington state in the US. There are a ton of theories as to why JUST feet have been discovered — ranging from boating accidents, plane crashes, suicide, foul play, and even the 2004 Indian Ocean tsunami.

2.The Murder of Helle Crafts whose chopped up remains were found in a lake. 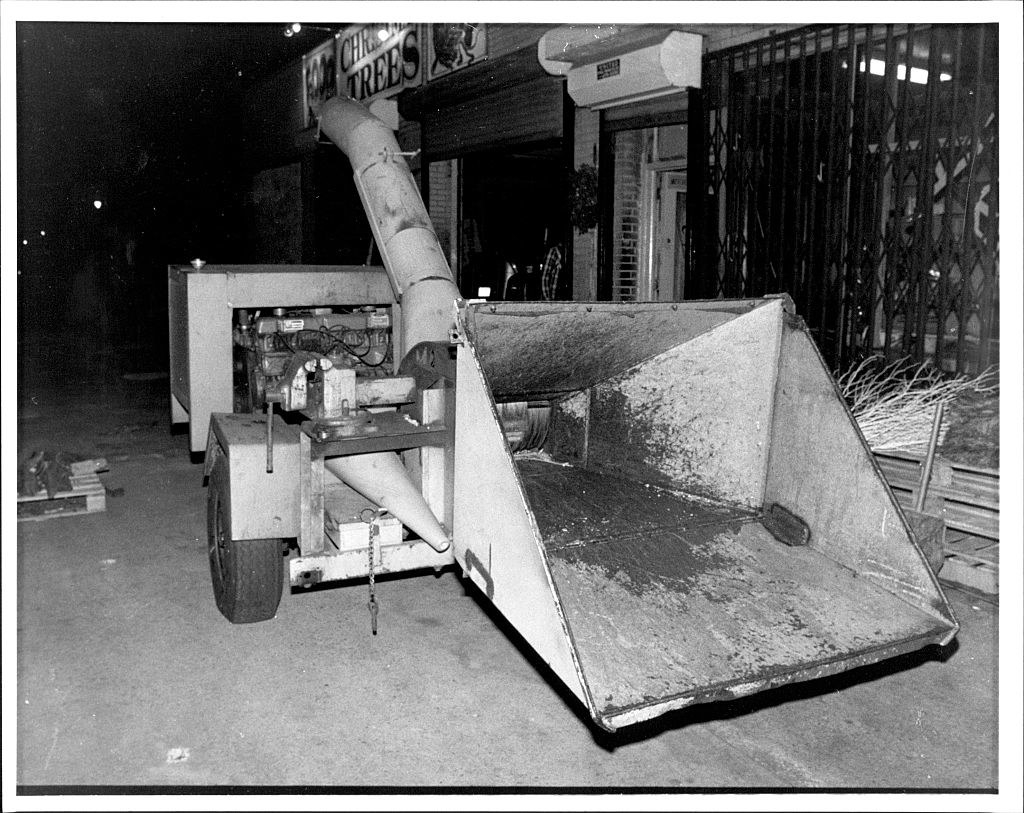 After Helle Crafts’s disappearance, a snowplow driver reported seeing her husband using a woodchipper near the lake on the night Helle was last seen. In and near the lake, police found pieces of metal and human tissue including a tooth, a fingernail, bone chips, human hair, fingernails, and blood that all matched Helle. Police concluded her remains had gone through a woodchipper.

3.Roopkund or “Skeleton Lake” where you can see hundreds of human skeleton remains. 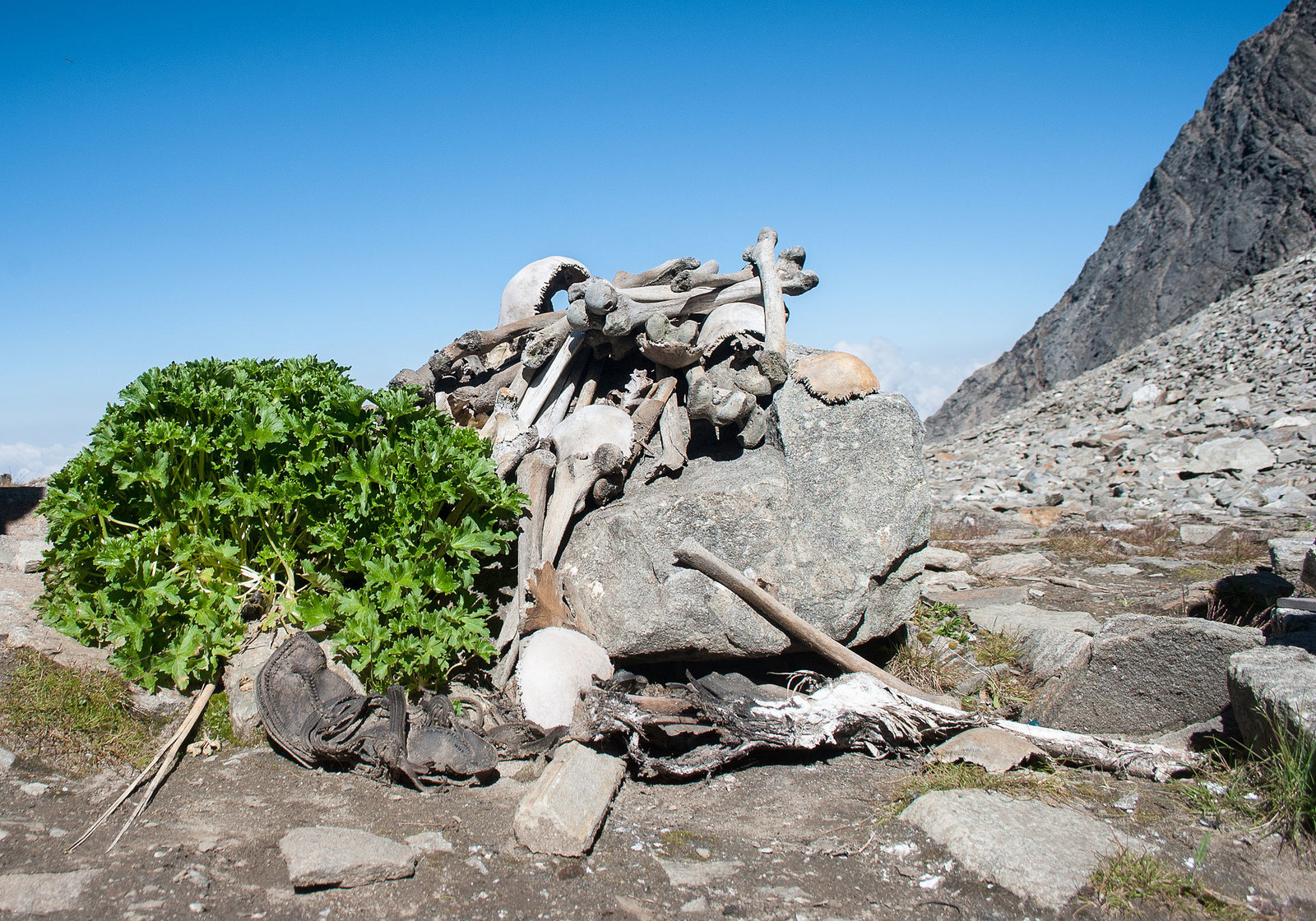 This shallow lake in India is famous for having hundreds of human skeletons at the edge, which you can see when the snow melts. According to researchers, the bones are remains of people killed in a sudden and violent hailstorm in the 9th century.

4.The Lake Bodom murders, one of the most infamous unsolved homicide cases in Finnish criminal history. 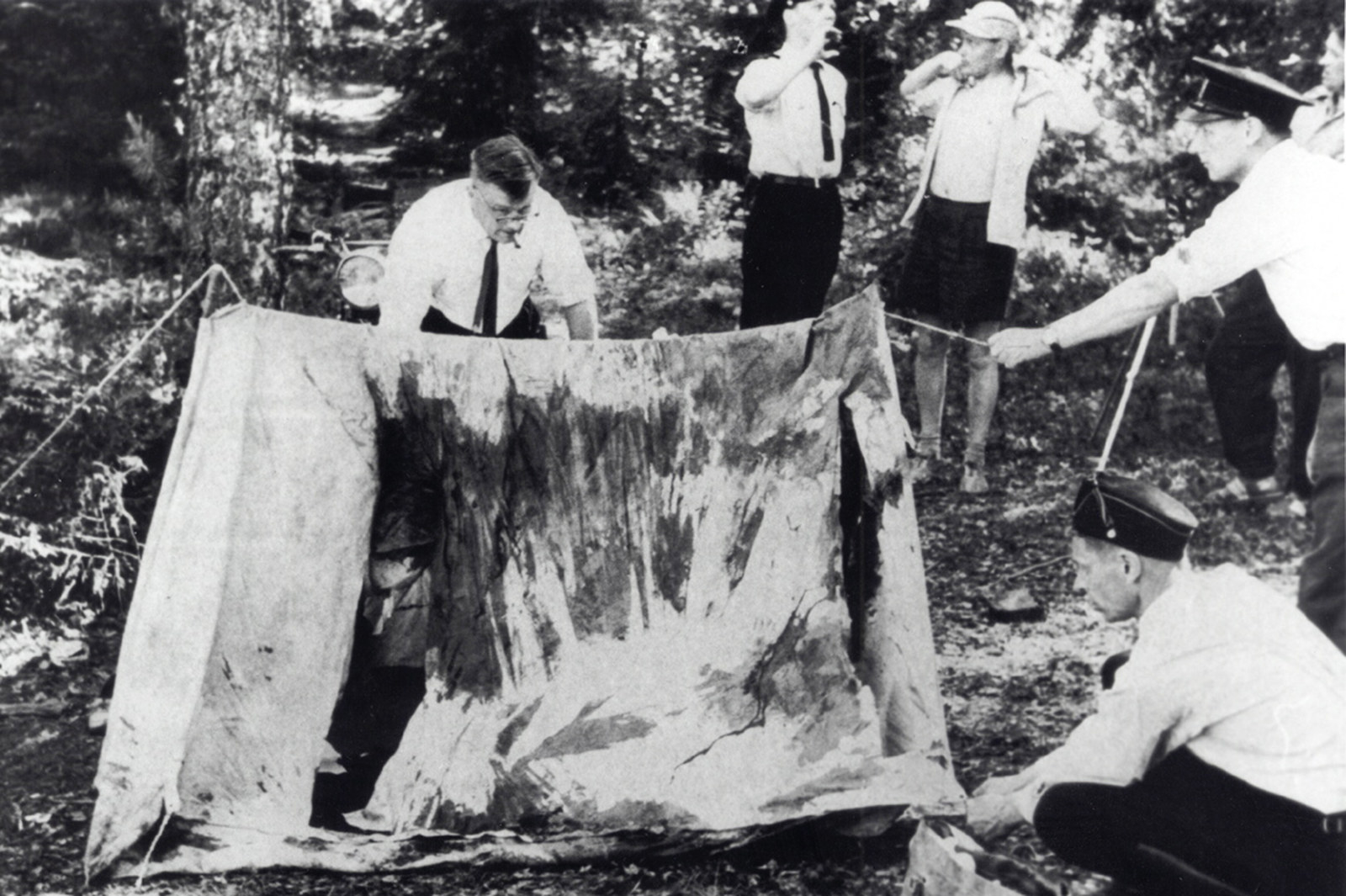 In June 1960, four teens decided to camp on the shore of Lake Bodom. Three of the teens were stabbed and bludgeoned to death. The only survivor, Nils Gustafsson, sustained a concussion and some facial fractures. He claimed to have only gotten a glimpse of the attacker. Gustafsson was later tried for their murders but acquitted.

5.The Disappearance of Rebecca Coriam who was a crewmember on the cruise ship Disney Wonder. 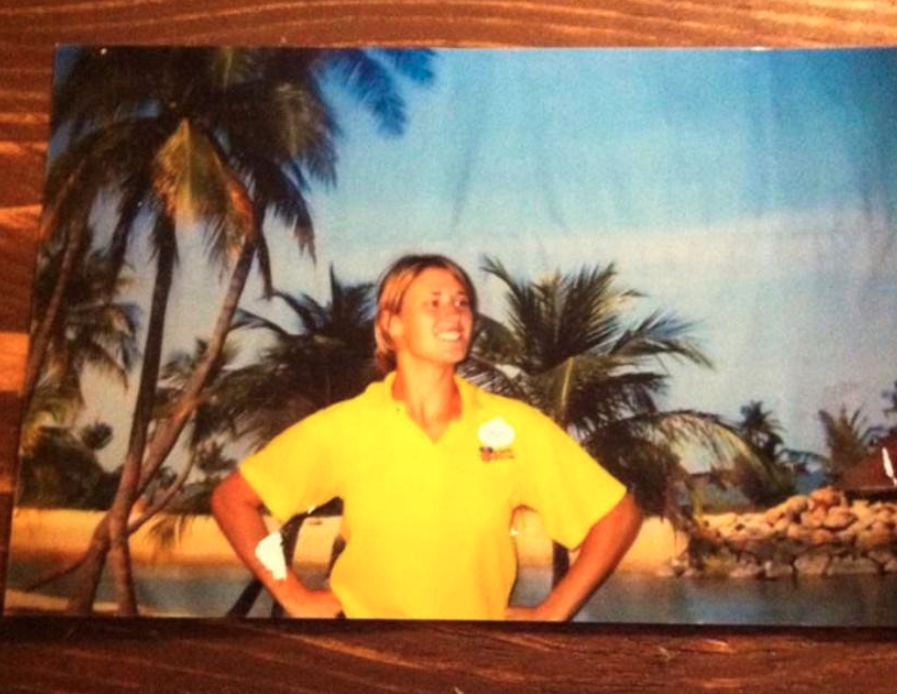 Coriam missed her shift one morning aboard the Disney cruise in 2011, and couldn’t be found in her room or anywhere else on the ship. However, investigators did find CCTV footage of her (at 5:45 a.m. that morning) having a phone conversation and appearing emotionally distraught. This was the last record of her presence aboard the ship and her body has not been found.

6.The disappearance of Andrew McAuley whose distress calls were later found on a recovered memory stick. 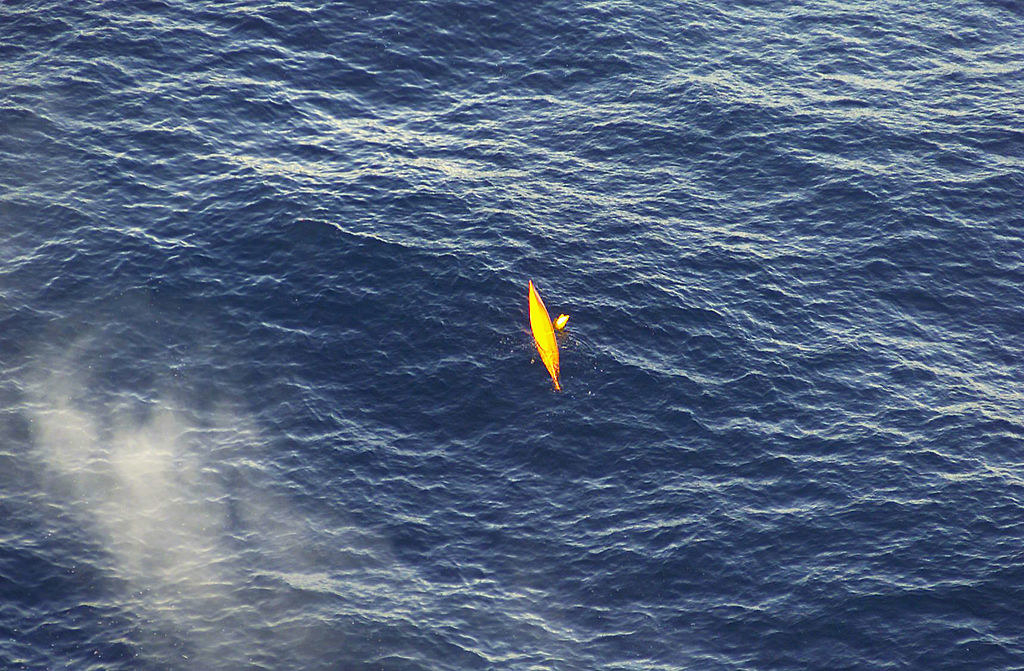 McAuley was an Australian kayaker who attempted to cross the Tasman Sea in 2007. He slept in the kayak using a sea anchor and a capsule that enclosed him into the kayak’s hatch. When his kayak was recovered, the capsule was missing. In the aftermath, footage was found on a memory stick in his camera and shows him making distress calls saying he was sinking and needed a rescue.

7.The Lady in the Lake trial about a woman whose body was discovered by amateur divers at the bottom of a lake. 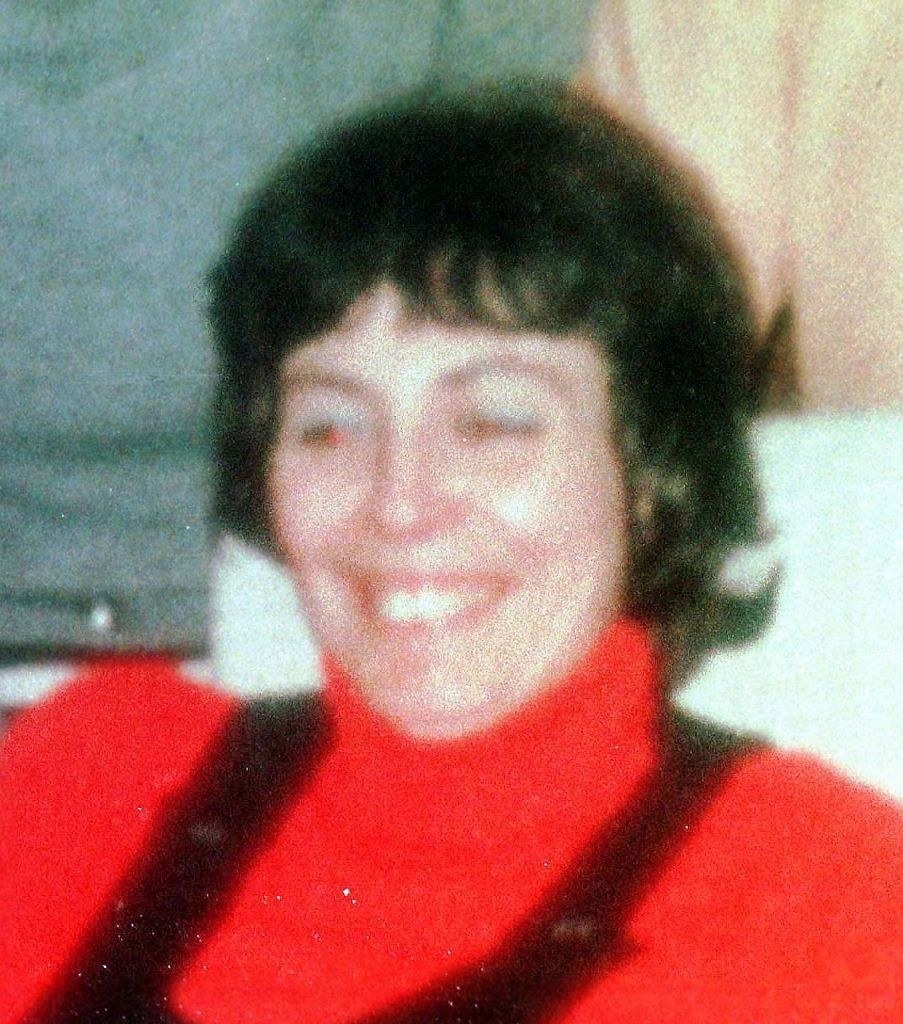 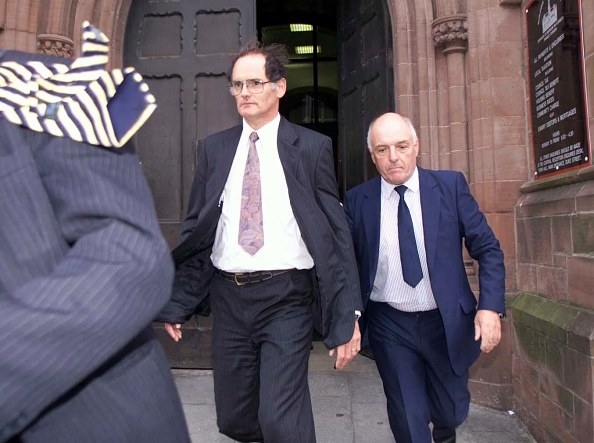 Carol Park’s body was discovered at the bottom of Coniston Water in North West England. She had been wrapped in a pinafore dress, plastic bags, and weighed down with lead piping. In a post mortem, it was discovered that her face had been smashed and that the murder weapon was an ice axe. Her husband, Gordon Park, was eventually found guilty, but there was a ton of controversy surrounding the case.

8.Bog body — a human cadaver that has been naturally mummified in a peat bog. 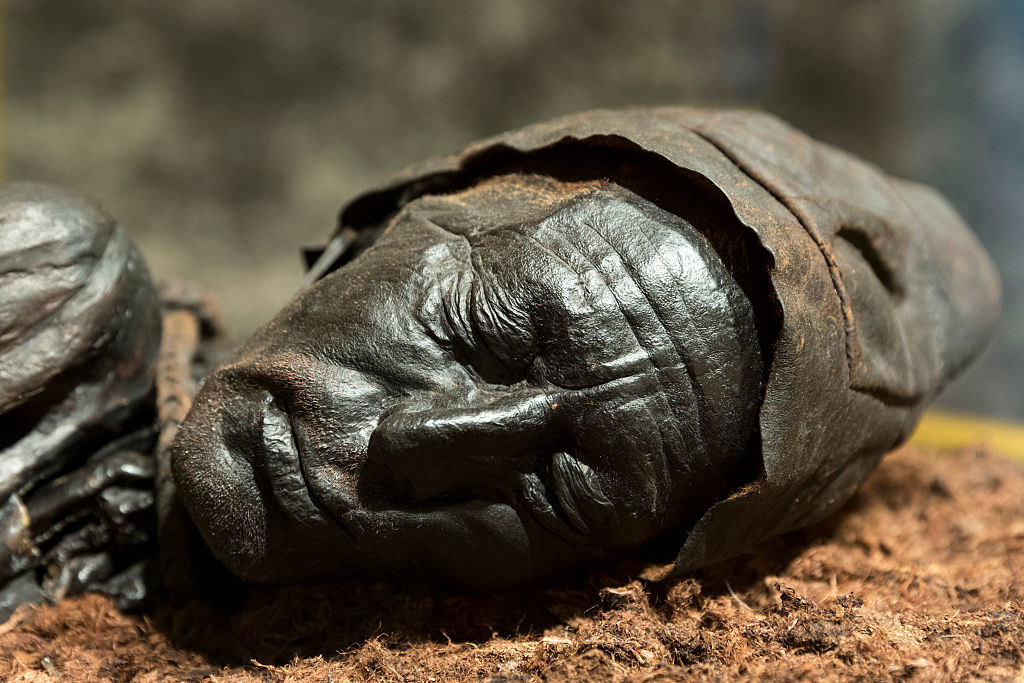 The preservation of bodies in bogs is a natural phenomenon, i.e. not a result of humans purposefully doing it. The bogs’ acids, with pH levels similar to vinegar, conserve human bodies in the same way as fruit is preserved by pickling. 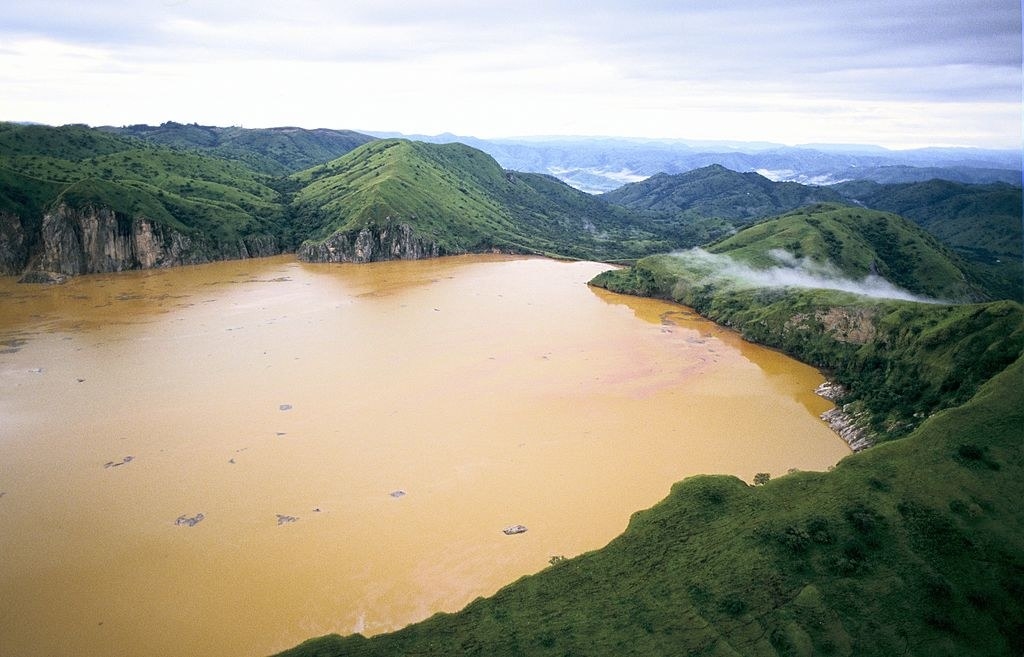 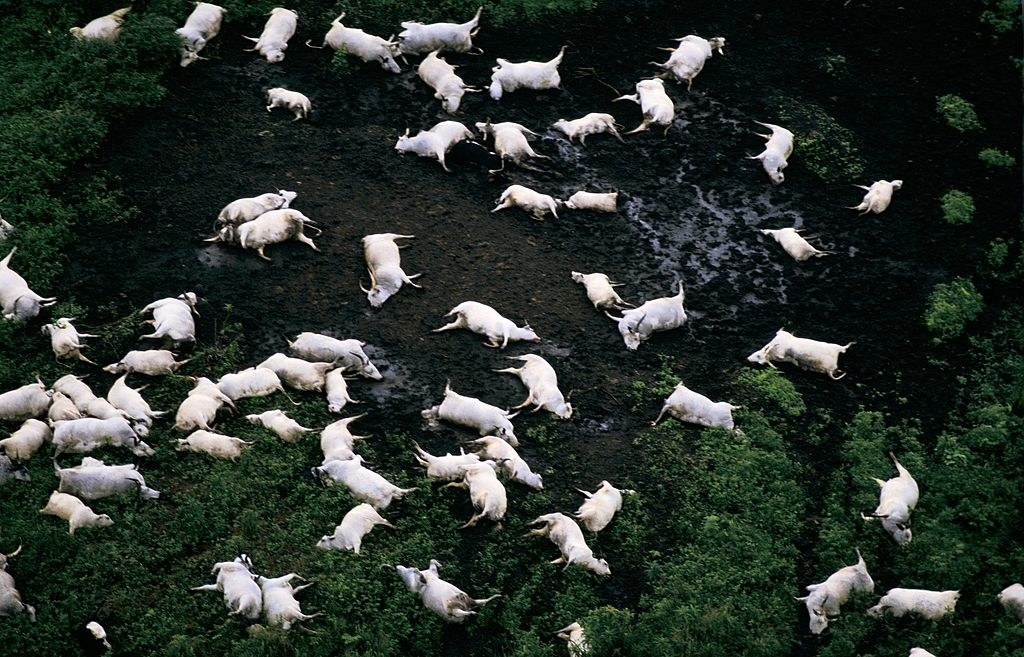 This 1986 eruption in northwestern Cameroon triggered the sudden release of about 100,000–300,000 tons of carbon dioxide. It’s believed that most of the victims had been poisoned by a mixture of gases that included hydrogen and sulfur. Among eye and nose pain, victims also suffered asphyxiation similar to being strangled.

10.The Lava Lake murders, one of the oldest unsolved murder cases on Oregon’s history. 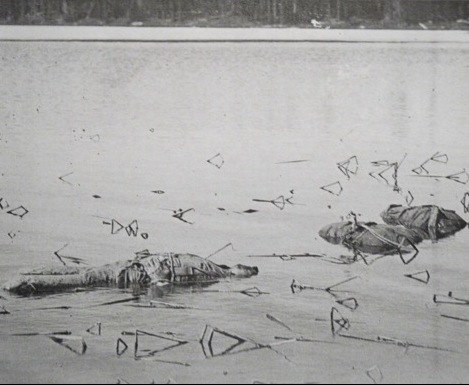 This was a triple murder that occurred in Central Oregon in 1924. Three friends had planned to spend the winter in a log cabin, working as fur trappers. After going missing, blood, human hair and teeth were found leading to the lake where their bodies were eventually discovered as the frozen ice thawed.

11.The Diving bell spider — a species of spider that lives almost entirely under water. 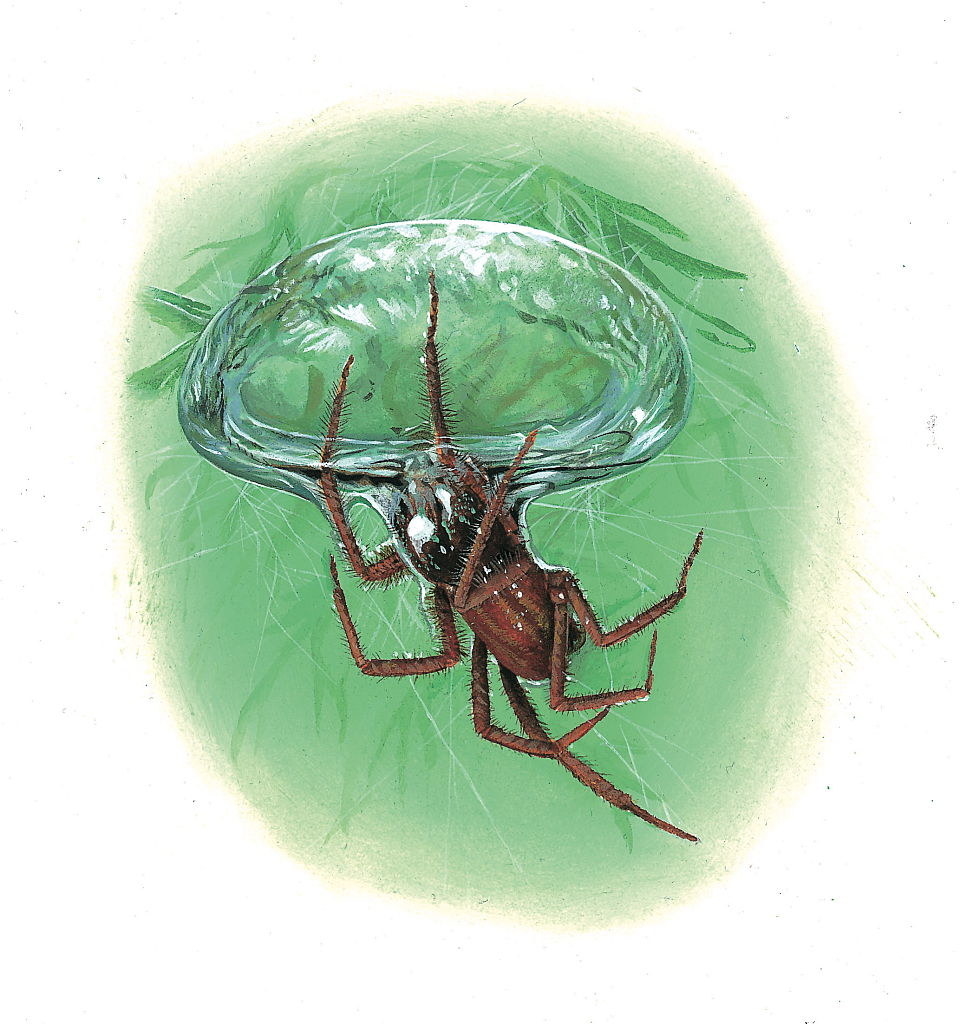 Found in clean freshwater (like lakes, ponds, and more), this is the only known spider that spends almost all its life underwater. It only comes above the surface to briefly replenish its oxygen supply. Their bite is very painful and can cause vomiting and feverishness. 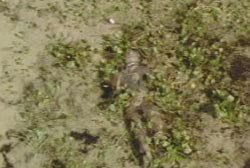 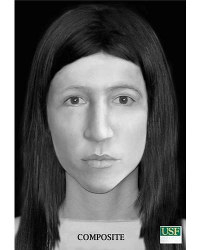 This Jane Doe was discovered partially submerged in Lake Panasoffkee in Florida. The victim was fully clothed, with a ring on her ring finger (suggesting she may have been married) and with a man’s size-36 belt fastened around her neck.

13.The MV Joyita, a ship whose crew mysteriously disappeared. 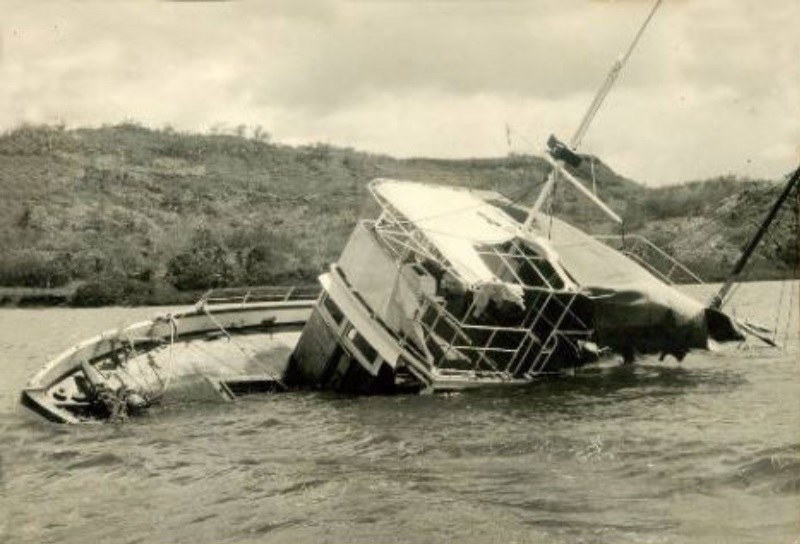 This merchant vessel set sail in the South Pacific in 1955 with a crew of 25, but was found adrift five weeks later with no one on board and in bad condition. There are many theories about what happened, especially since the ship had been called “unsinkable.”

14.The Abyssal zone, the part of the ocean that remains in perpetual darkness. 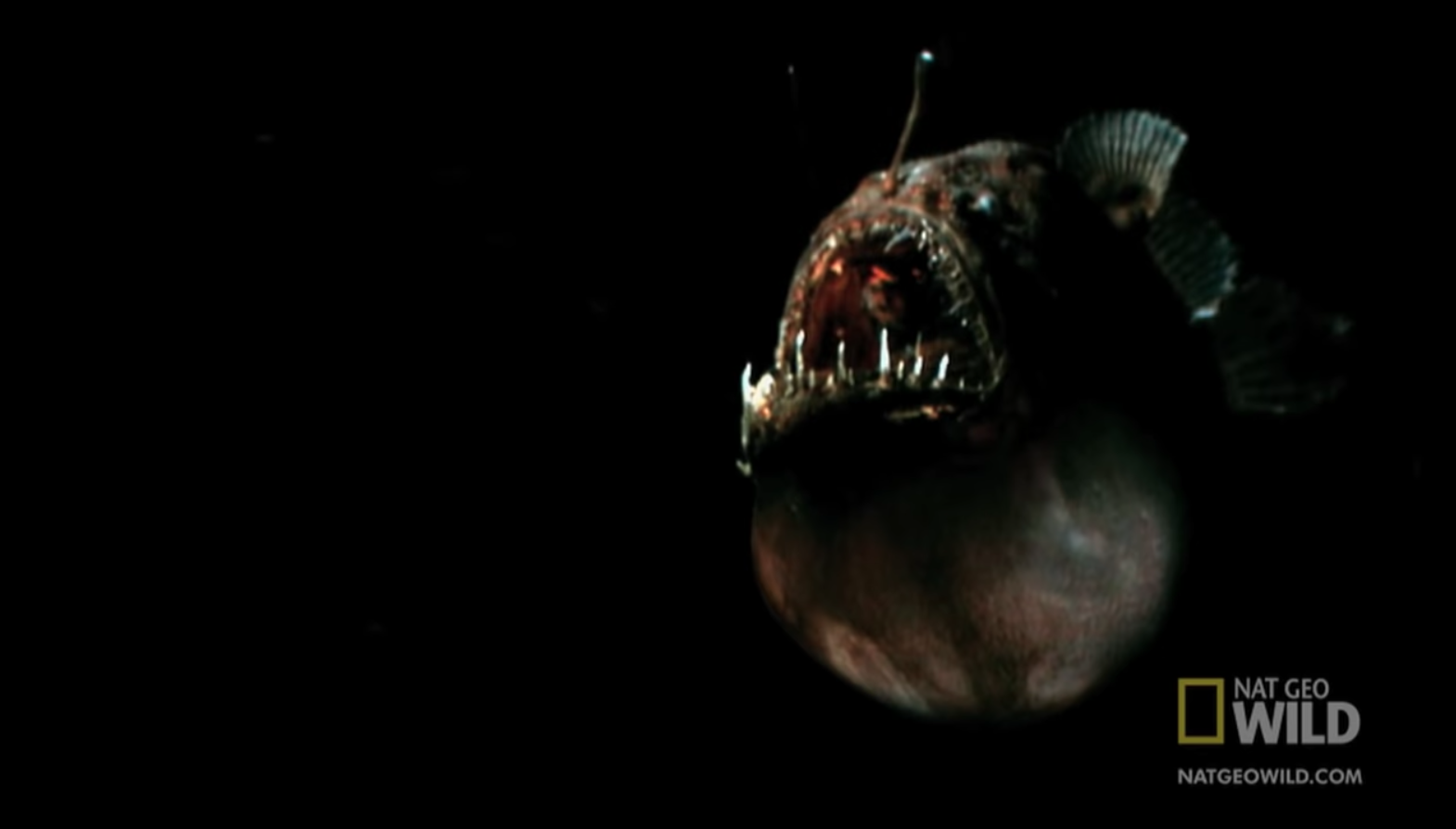 This layer of the ocean come from the Greek word meaning “bottomless,” and makes up over 83% of the ocean and covers 60% of the Earth. Since there’s no light, there are no plants to produce oxygen and results in a death trap for organisms that can’t quickly return to oxygen-enriched water above.

15.The sinking of the U.S.S. Indianapolis that left crew members floating alone in the ocean…with sharks. 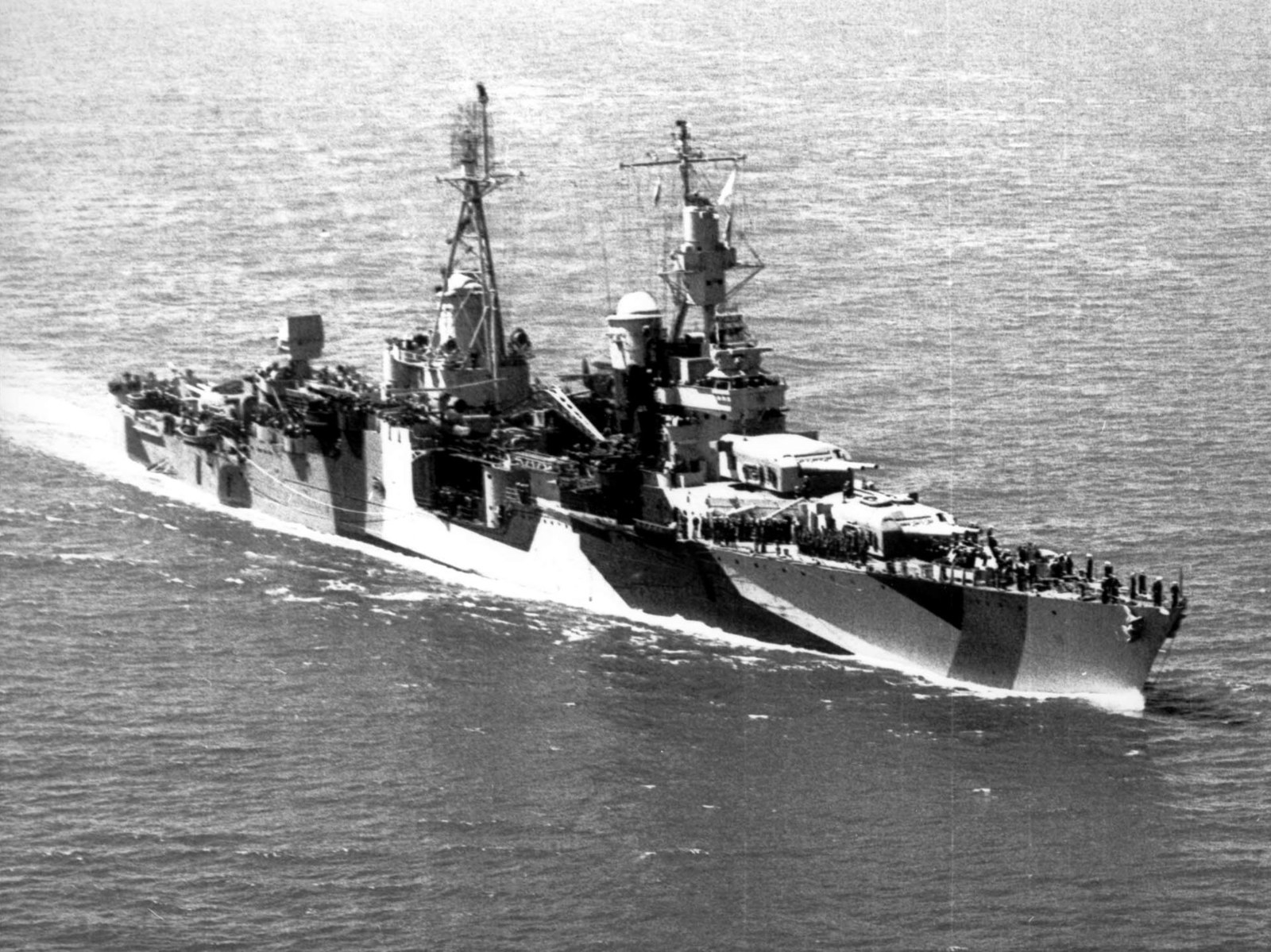 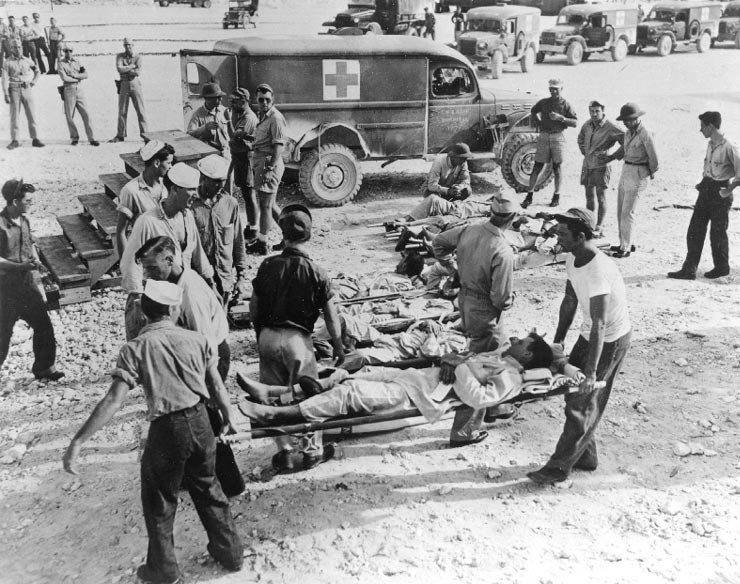 Apparently the sinking of this ship resulted in the most shark attacks on humans in history. It was so bad that some survivors killed themselves or even other crew members in various states of delirium and hallucinations.

16.Oba Chandler — a murderer who threw his victims into the water while still alive. 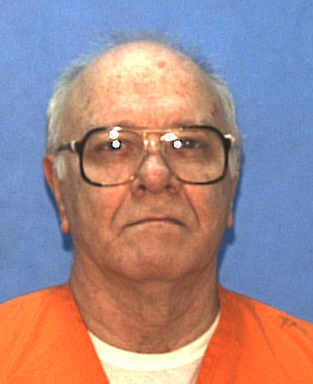 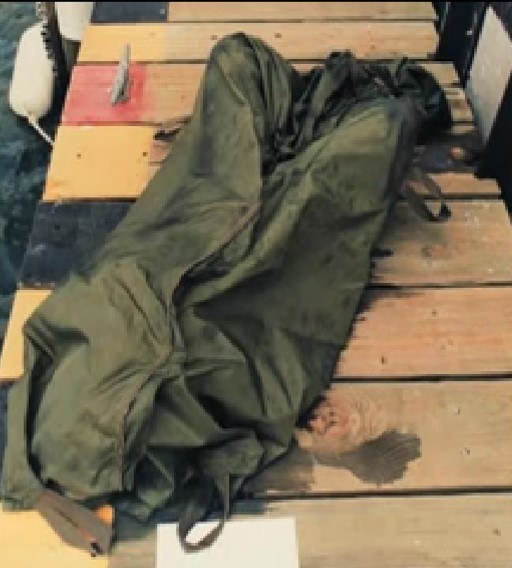 Chandler murdered a woman, Jo Rogers, and her two teen daughter in Tampa Bay, Florida in 1989. The victims’ bodies had water in their lungs, proving they’d been thrown into the water while still alive, and were initially tied down with concrete blocks. However, because the bodies bloated from decomposition, they floated to the surface where they were found.

17.And finally, the List of Bermuda Triangle incidents — there are so many! 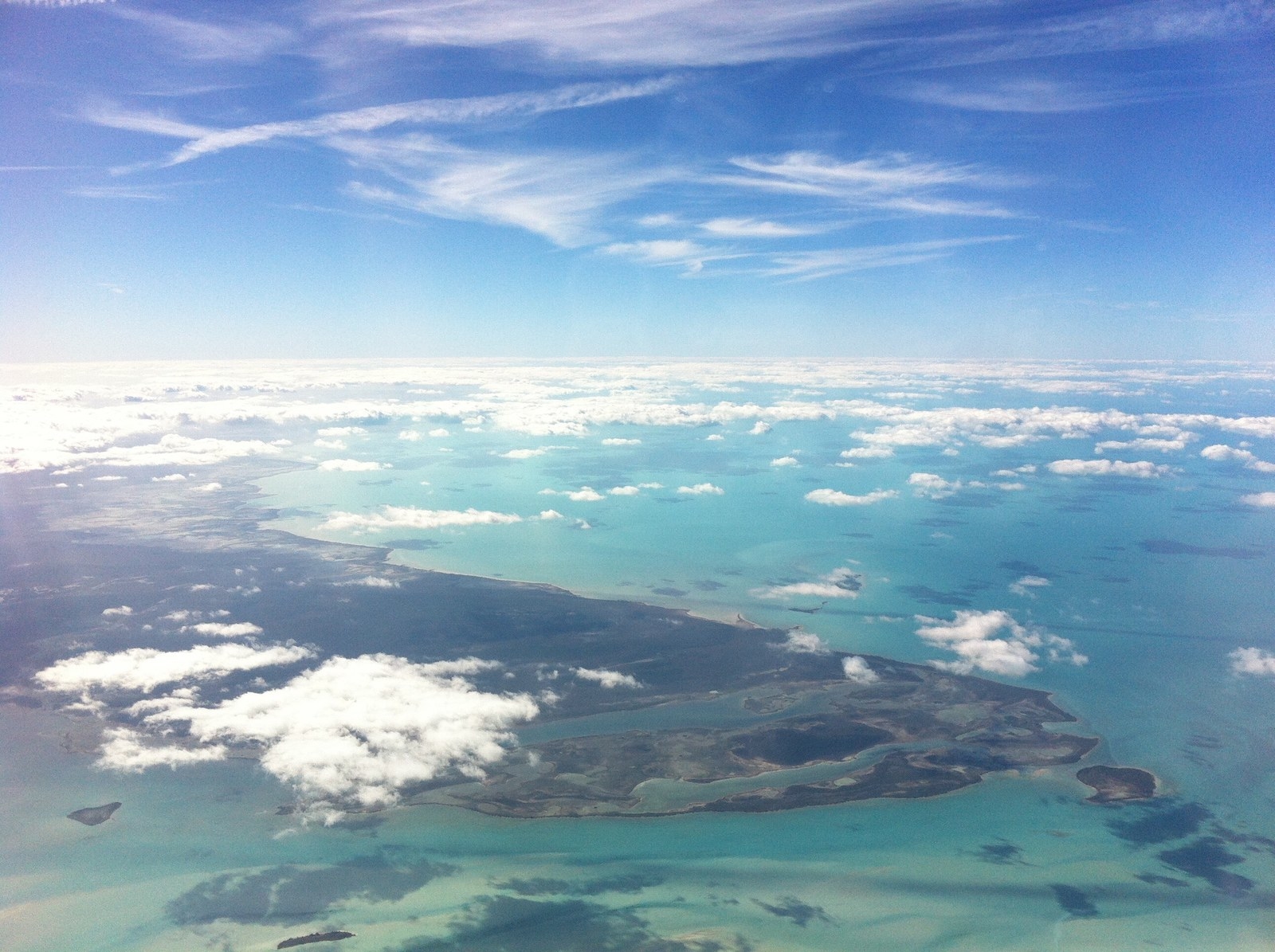 There are at least 923 fatalities attributed to the Bermuda Triangle.