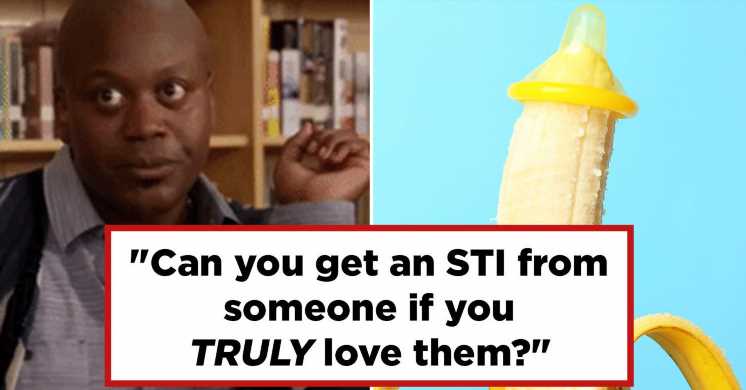 Recently, Reddit user u/drgamecubed asked middle school sex-ed teachers to share the funniest and best questions students have asked them. Here are some of our favorites:

1.“One girl had asked if she should see a doctor because she was worried about being pregnant after grinding too much at a junior high dance.”

4.“My friend asked the teacher if putting semen on a wound would help it heal.”

5.“Can you get an STI from someone if you TRULY love them?”

6.“We were talking about the LGBTQ community and one of my classmates yelled out, ‘What is that? A television network?'”

7.“When informed that the volume of ejaculate is about a teaspoon, one boy did the math in his head and shouted, ‘There’s 96 orgasms to a pint!'”

9.“I had a classmate ask, ‘If it feels so good, why do people scream?’ Solid question indeed.”

10.“In my middle school sex-ed class, this kid asked, ‘What’s the plural of penis? Penises or penii?'”

11.“Who is supposed to blow during a blow job?”

13.“Can you tie the foreskin in a knot and use it like a condom?”

Answers have been edited for length and/or clarity.