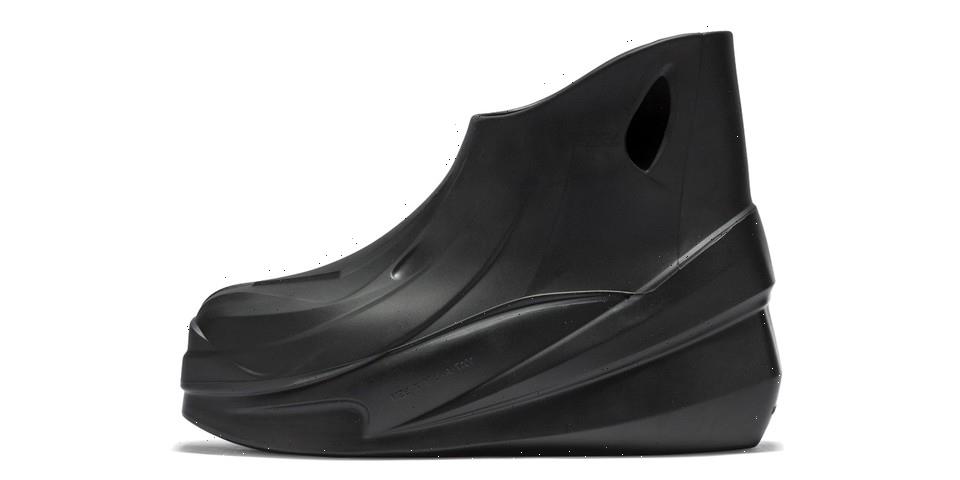 1017 ALYX 9SM is consistently pushing boundaries as to how far leather can be experimented with. Recently, we saw the label present a pair of Mono Slides; an open-toe silhouette, constructed with premium all-black leather and textile trimming along the collar. The latter’s intricate detailing was also seen on the brand’s recent link-up with Nike on their MMW 005 Mule — which first debuted at 1017’s Spring/Summer 2023 runway show.

And while the SS23 silhouettes came with an indifferent approach to summer footwear, 1017 ALYX 9SM is also keeping us prepared for the winter season with its new Mono Boots. The slip-on silhouette is designed with molded construction, while its blacked-out color scheme is complemented with an EVA foam outer.

Additionally, the stand-out feature from the design comes in the form of the square toe which sits alongside an abundance of artisanal features such as the futuristic paneled detailing that runs from the toe box, around the lateral sides, and up to the ankle. Rounding off the design, the customary 1017 ALYX 9SM branding can be spotted on the heel counter with the open-air ankle sections adding an extra slice of breathability.

You can have a closer look at 1017 ALYX 9SM’s Mono Boots above and the silhouette is available now on HBX for $480 USD.