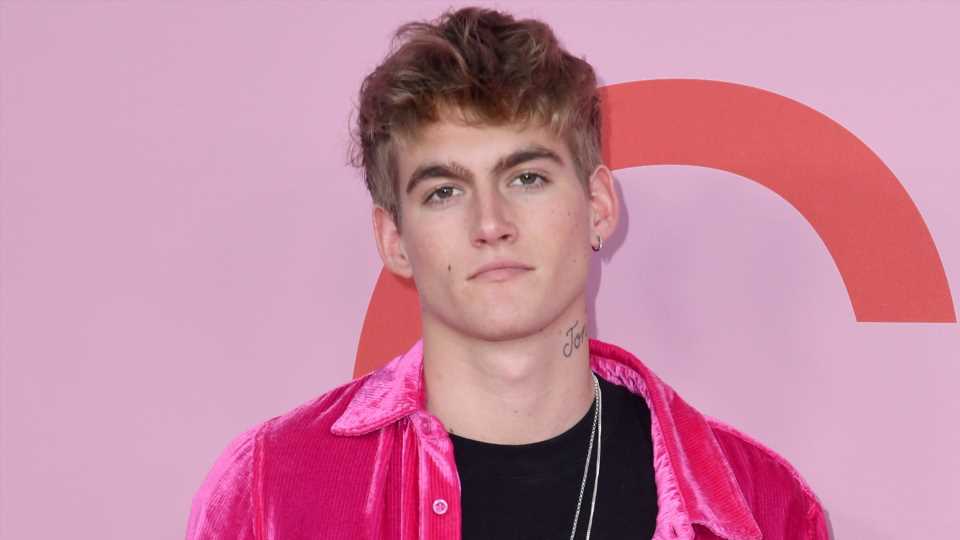 Happy birthday, Presley Gerber! Cindy Crawford and Rande Gerber’s model son turns 21 today, and we’re sure this family full of stunners is celebrating with him however they can. Like younger sister Kaia Gerber, Presley got into the modeling game at a young age, no doubt having inherited both mom’s good looks and her modeling talent. While Presley was already in the spotlight due to his modeling work, the 21-year-old’s personal life recently garnered him some attention too, as the model invested in a face tattoo the family found concerning. Presley is determined to make a name for himself outside of the Crawford-Gerber bubble — here’s what we know about what that looks like.

Like any young adult, Presley is right now trying to find his way in life, and having a few detours along the way. A 2019 DUI and a face tattoo the following year had parents worried  that the model was acting out, but they ultimately had faith in their son to find his way to the right path. Growing up in the spotlight can’t have been easy, though Presley admits he never knew any other way. He told Vogue Paris he didn’t realize his mom was famous until age 10 — the fact that they had paparazzi following them didn’t phase him.

But if Presley didn’t know it then, he definitely knows it now, when every new outing causes a media flurry. Presley may have hit a few bumps in the road, but he’s clearly determined to stay true to himself, and we admire him for it. Here’s everything we know about Cindy Crawford’s model son.