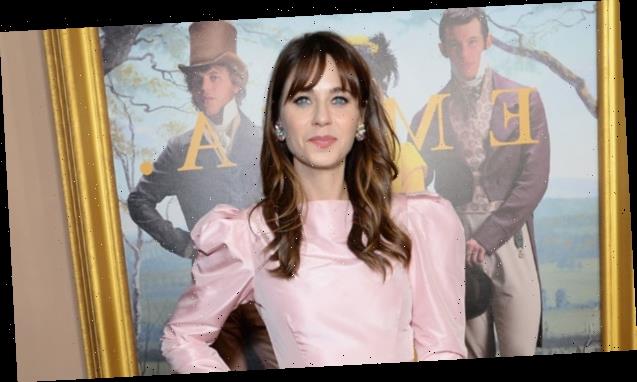 Zooey Deschanel got together with her former ‘New Girl’ co-stars Jake Johnson, Lamorne Morris and Zoe Lister-Jones for an important message on mail-in voting! Check out the clip!

Zooey Deschanel took New Girl fans back to the loft with a fun new video she and her former cast mates created to educate viewers on voting! In the clip, posted to the actress’s Instagram account on October 20, actress Zoe Lister-Jones reprised her role as Los Angeles Councilwoman Fawn Moscato! After a fun introduction where Fawn mixed up Nick (Jake Johnson), Winston (Lamorne Morris), and Jess’ (Zooey) names, the gang launched into an explanation on the best ways to vote for this election.

“America, you need to get out and vote,” Zoe, in character as Fawn, said to the camera. Jake’s lovable character Nick chimed-in with all the ways you can vote — either “early, could be in person,” until Lamorne’s Winston offered the third option, “by mail!” Upon making her entrance into the video, Zooey, as her character Jessica Day, told voters that it was imperative to use “black or blue ink” on your mail-in ballot form.

As Nick filled out his own ballot, Fawn reminded viewers NOT to use red ink! “You’re embarrassing,” she told Jake’s character. Just as important as the type of ink to use, Jess told viewers to “sign your name as it appears on other government-issued documents.” It is SO important that it “matches,” Fawn pointed out. Finally the cast reminded everyone to vote — just not for Fawn Moscato.

Zooey, Jake, Lamorne, and Zoe are just a few of the many stars who are advocating for, and reminding their fans to get out and vote. Already, so many celebrities have put their ballots in the mail or are prepping their own plans to head to the polls on or before election day — November 3rd. Stars like Hailey Baldwin, Julia Roberts, and so many more have already voted in this vital election!

Along with the cast of New Girl, other stars have told their fans to get out and let their voices be heard. From Taylor Swift, to Lizzo and so many celebrities in between, the stars are showing their fans just how important this election is! Which is why HollywoodLife is encouraging its readership to Rock The Vote and make sure you are registered! If you are not, use the form below to get the information you need to get out and vote on or before November 3rd!