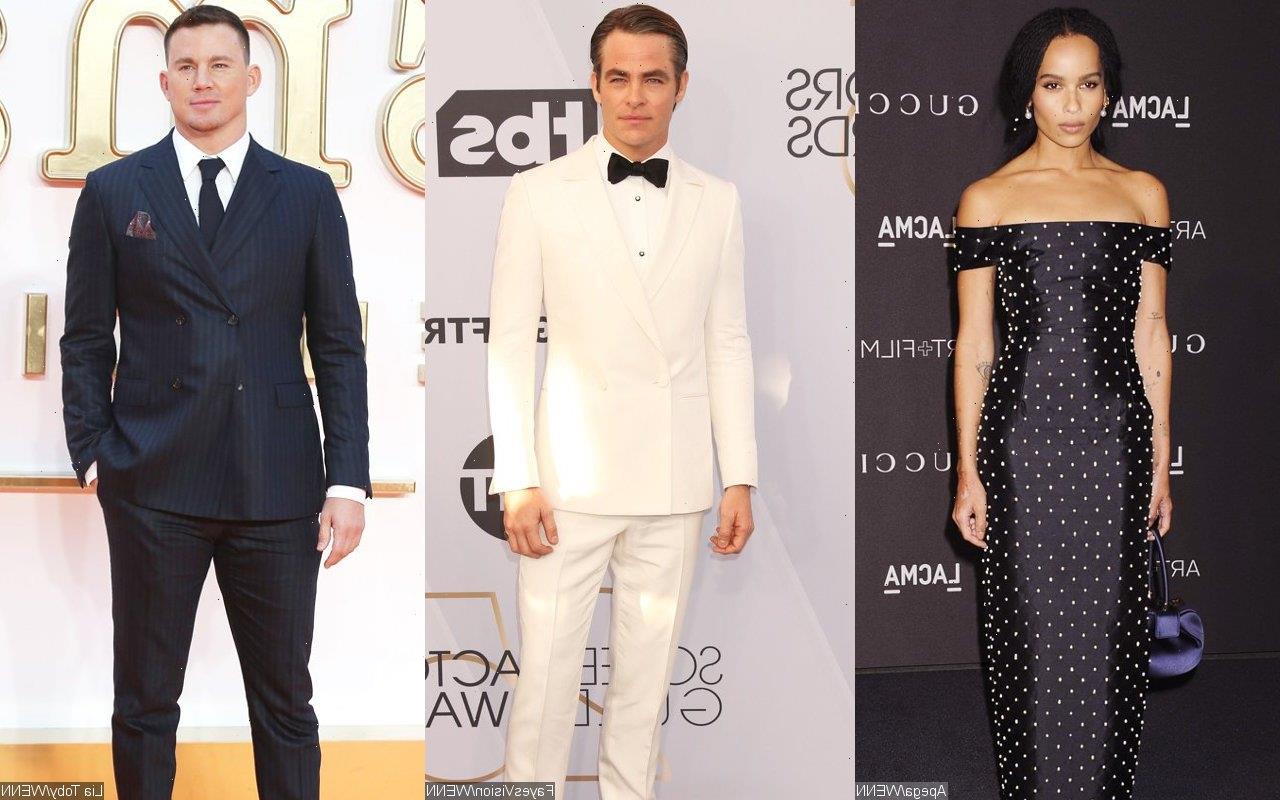 The ‘High Fidelity’ actress’ outing with her rumored ex-boyfriend comes just days after she’s photographed on a playdate with the ‘Magic Mike’ star and his daughter Everly Tatum.

AceShowbiz –Zoe Kravitz has enjoyed dinner with her alleged ex-boyfriend Chris Pine. The former star of “Big Little Lies” was spotted having meals together with the “Star Trek” actor at Sushi Park in Los Angeles amid rumors she’s dating Channing Tatum.

In photos surfacing online, the daughter of rock star Lenny Kravitz was seen leaving the trendy hotspot with the “Jack Ryan: Shadow Recruit” actor by her side. For the outing, the 32-year-old actress seemed like she was trying to keep a low profile in an oversized white shirt with a brown leather jacket. She completed her look with a blue beanie.

As for Chris, he wore a brown suede jacket over a black T-shirt. The Steve Trevor depicter in “Wonder Woman” also rocked a pair of dark denim jeans and suede shoes. He appeared unkempt with his scruffy beard.

After walking out of the eatery, Zoe and Chris pulled out a couple of cigarettes while they appeared deep in conversation. The two ended the night with a deep embrace in the parking lot. Chris held onto Zoe tight before they left in separate cars.

Zoe and Chris have never officially confirmed their alleged past romance, but they were first connected to each other back in 2010. Three years later, the dating speculation sparked again after the pair were seen together during London Fashion Week.

The reunion between Zoe and Chris came only days after the actress was caught spending time with her rumored boyfriend Channing and his daughter Everly at a flea market in Los Angeles. On November 14, the “X-Men: First Class” actress was photographed wrapping her arms around the 8-year-old girl while they walked outdoors.

Two weeks earlier, Zoe and Channing celebrated Halloween together. At that time, the daughter of Lisa Bonet posted a photo of her and Channing in their “Taxi Driver” costumes on her Instagram Story.

In return, Channing shared photos from the night outing on his Story. The “21 Jump Street” actor uploaded a solo shot of himself that he labeled “Travis.” He followed it up with another snap featuring Zoe and wrote, “Iris,” over the picture.

As for Chris, he’s recently caught spending time with a mystery blonde woman in Italy. In photos obtained by Daily Mail in September, the 41-year-old actor was joined by the unidentified lady as he soaked up the Mediterranean sun aboard a massive yacht.

Meanwhile, Chris has been romantically linked to Annabelle Wallis since 2018. However, the two haven’t been pictured together since August of 2020, when they were spotted in Los Angeles’ hip Los Feliz neighborhood.