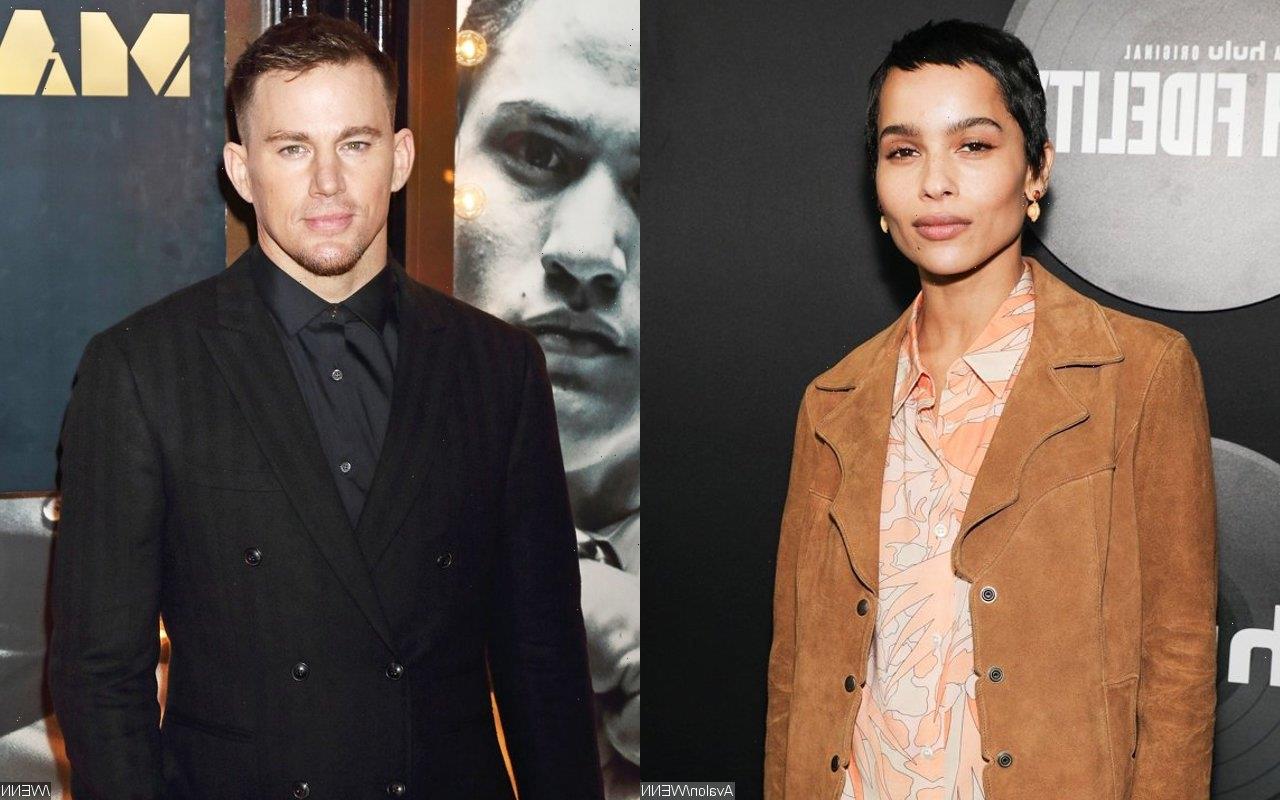 The daughter of Lenny Kravitz and Lisa Bonet is seen bringing two bouquets of flowers while the ‘Magic Mike’ actor pushes a shopping cart with a few items in it.

AceShowbiz –Zoe Kravitz and Channing Tatum continue to add fuel to their dating speculations. Just days after they were spotted enjoying a bike ride, the “Big Little Lies” actress and the “Magic Mike” actor were caught on camera going grocery shopping together.

Zoe and Channing were photographed walking side-by-side while exiting a supermarket in upstate New York. In photos obtained by Page Six, the daughter of Lenny Kravitz and Lisa Bonet was seen bringing two bouquets of flowers while her rumored beau pushed a shopping cart with a few items, including toilet papers.

For the Monday, August 23 outing, the 32-year-old beauty opted to go with a white blouse, blue jeans and a pair of black shoes. The “22 Jump Street” star, meanwhile, donned a gray T-shirt, brown pants and white sneakers. The alleged couple completed their looks with black face masks.

As they approached their navy blue SUV, Zoe and Channing put their purchases in the back of the car. While Zoe hopped in the passenger’s side, her companion made his way to the driver’s seat.

The grocery shopping came just a few days after Zoe and Channing, who are currently working together on her directorial film debut “Pussy Island“, were captured enjoying a bike ride in New York City. On August 18, the actress was seen wrapping her arms around the “Dear John” leading man as he rode the bike.

Later on August 20, the pair were photographed taking a trip out of New York City together. In one of pictures obtained by Daily Mail, they seemed to be enjoying conversation in their car as the 41-year-old hunk could be seen cracking a smile.

Zoe was linked to Channing after filing for divorce from Karl Glusman in December 2020. Channing, on the other hand, was previously in a romantic relationship with Jessie J after splitting from Jenna Dewan, with whom he shares one daughter, Everly Tatum.