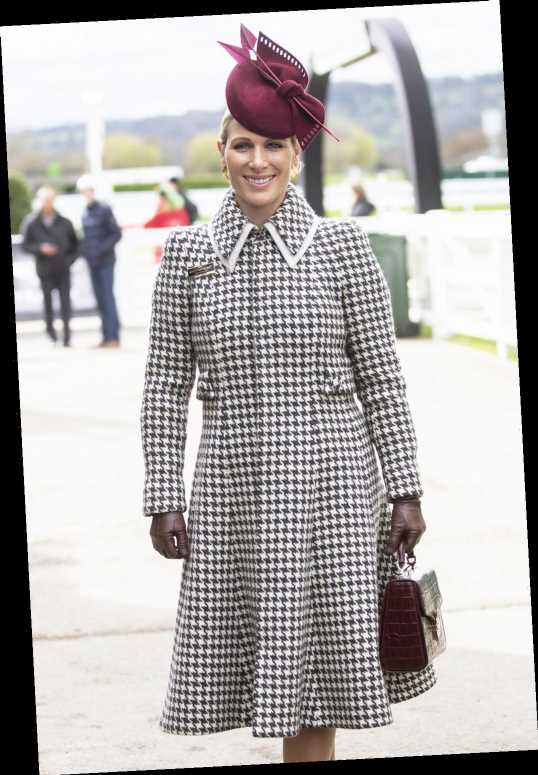 The couple named their son Lucas Philip, with his middle name paying tribute to Zara's grandfather Prince Philip, who will turn 100 in June. Zara's cousin Princess Eugenie also chose Philip as a middle name for her son August, who she welcomed with husband Jack Brooksbank last month on Feb. 9.

Not to mention, Zara's maiden name is Phillips! Her dad Mark Phillips and mom Princess Anne split in 1992.

Lucas Philip, who joins big sisters 7-year-old Mia and 2-year-old Lena, made a grand entrance on Sunday. Mike revealed on his The Good, The Bad & The Rugby podcast that his son was born at home in the bathroom after they realized they wouldn't make it to the hospital in time. Get the premiere issue of PEOPLE Royals for glamorous new photos and inside stories royals fans haven't seen or read elsewhere! Subscribe at peopleroyals.com/launch

Laughing as he continued to recall the dramatic experience, Mike added: "Fortunately, the midwife, who was going to meet us at the hospital, wasn't that far away. So she drove up, got there just as we'd assumed the pos-ish [as he called the position]. And then the second midwife arrived just after the head had arrived." Going on to talk about how his wife was doing following the birth, the podcast host explained that Zara, 39, "was a warrior as always. She was back up. We went for a walk [on Monday] morning with him. All good."

The former rugby player also hinted that their family is now complete with three children, saying, "I've got a boy, I'm out of here." The new arrival is the 10th great-grandchild for Queen Elizabeth and Prince Philip as well as the fifth grandchild of Princess Anne.

Following the Tindalls, another baby will soon join the family as Prince Harry and Meghan Markle are expecting their second child, making their son, Archie, who turns 2 in May, a big brother.

The couple revealed during their March interview with Oprah Winfrey that they are expecting a baby girl.

"To have a boy then a girl — what more can you ask for?" Harry said.