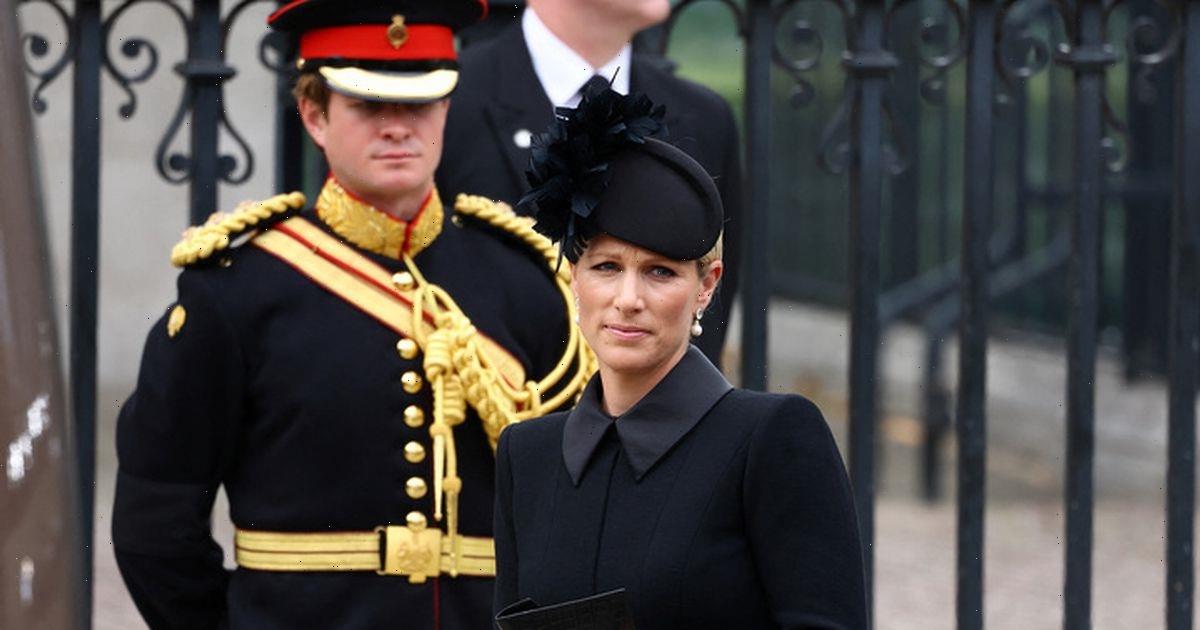 Zara Tindall looked sombre as she arrived at her grandmother the late Queen Elizabeth II's funeral on Monday morning.

The Royal was seen arriving alongside her cousins Princes Beatrice and Princess Eugenie, with her husband Mike Tindall joining her inside Westminster Abbey.

The eldest granddaughter of the late monarch dressed in all-black outfit for the solemn occasion, which she paired black pillbox hat and a pair of pearl earrings.

Her outfit paid tribute to her late grandmother, who as rarely pictured without her beloved pearls during her 70-year reign.

Inside the Abbey she was joined by husband, former rugby player Mike Tindall, as the couple held hands as they walked down the aisle alongside Zara's cousins.

Alongside his wife, Mike was also dressed in mourning black for the sad occasion, with a number of medals adorning his blazer.

Zara joined other members of the royal family, including the Prince and Princess of Wales’s eldest children Prince George and Princess Charlotte, as they followed the Queen’s coffin from Westminster Hall to Westminster Abbey, where the service is taking place.

The moving procession saw the royals carefully follow the late Queen Elizabeth II’s coffin through the streets of London, with Princes William and Harry putting their differences aside to walk side-by-side.

Over the weekend, on Saturday 17 September, Zara joined her cousins united in grief as she performed a vigil at the late Her Majesty’s coffin where it had been lying-in-state for four full days at Westminster Hall.

As members of the public queued for hours across central London to pay their final respects to the beloved monarch, Zara was joined by Princes William and Harry as they stood guard of their grandmother’s coffin.

All eight of the late Queen’s grandchildren stood guard for 15 minutes in complete silence as other mourners filed past the group.

The vigil came after Zara’s motherPrincess Anne became the first woman to take part in the Vigil of the Princes, a ceremony that has traditionally been reserved for male royals.