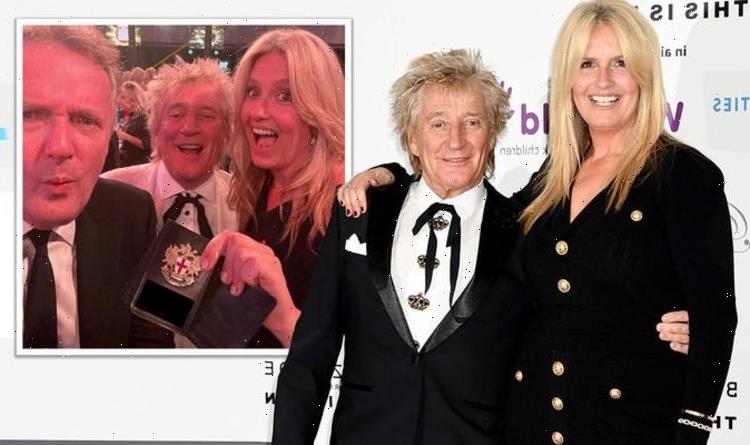 Loose Women star Penny Lancaster is a newly qualified police constable and was seen flashing her warrant card during a recent night out. The 50-year-old TV star put on an animated display when she posed for a picture with former Good Morning Britain presenter Piers Morgan and her husband Sir Rod Stewart.

Amused by the encounter, Piers shared the picture online this morning.

“‘You’re nicked, Morgan…’” he captioned the image, in view of his 1.8 million Instagram followers.

The TV personality continued: “Not easy going on the lash with Rod Stewart these days – his fabulous wife Penny is now (very admirably) a special constable with the City of London Police, and carries her warrant card around with her to bring an immediate halt to any excessive partying…”

The couple, who have been married for 14 years, had been attending an event at The Roundhouse.

“I thought it was a gimmick until I saw her on Patrol in the city. She looked formidable and sexy,” user phildavis3769 revealed.

True to form, former model Penny looked lovely in a classic black dress for her night out earlier this week.

Her outfit featured a belt at the waist which showcases her slim figure.

Penny, who wore her blonde tresses in bouncy waves, teamed the outfit with pointy monochrome pumps and a complimentary handbag.

Three days later, Rod and Penny, who share two sons together, were snapped at another showbiz event.

The mum-of-two put on a very leggy display in a very short mini dress to attend The Icon Ball 2021, Which took place at London’s Landmark Hotel.

Her long-sleeve black number featured military style gold buttons down the front and had a plunging neckline.

She teamed the outfit, which perfectly showcased her enviable pins, with coordinating heels, while Rod opted for a black suit and gold shoes.

Earlier this week, Rod revealed that he is releasing a new album.

The Tears of Hercules, his 31st studio record, will be available from Friday November 12.

It is said to feature nine brand new tracks including latest single One More Time.

Rod said in a tweet: “I believe this is by far my best album in many a year.”