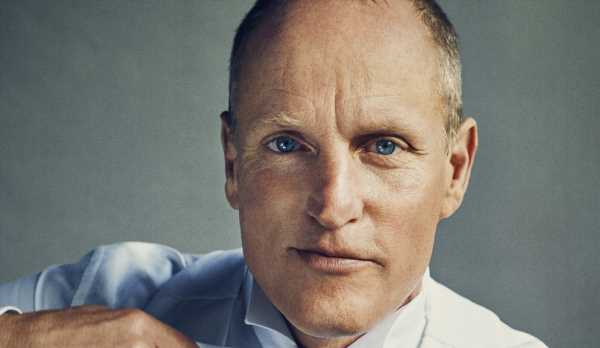 Woody Harrelson is on the cover of Esquire‘s September 2019 issue.

On attending Hanover College in Indiana at the same time as VP Mike Pence: “As a freshman, I gave a sermon to a youth group, and Mike was the guy running the show. He was a junior, I think…He struck me as a nice guy, very sincere. I don’t know how well we’d get along now, but we got along okay then.”

On his career regrets: “I was offered—what’s the ‘Show me the money’ movie? Jerry Maguire? I was offered Jerry Maguire, and I said to Jim [James L. Brooks, one of the film’s producers], ‘Nobody is going to give a sh*t about an agent.’”

On his troubled childhood: “I had a lot of anger, a lot of rage. To get kicked out of nursery school, you’ve got to go some distance. And then I also got kicked out of first grade. They thought I stole a purse, but I didn’t, and a teacher beat me up for stealing a purse I didn’t steal. So I went around the school breaking windows with my bare fists. After that, I had the blessing of going to Briarwood [a private school in Houston catering to children with special needs]. The idea there was to educate and simultaneously give love to the child, which sounds hokey, but it worked. I’d do something that was wrong or violent, and they’d treat me with love.”

For more from Woody, visit Esquire.com.