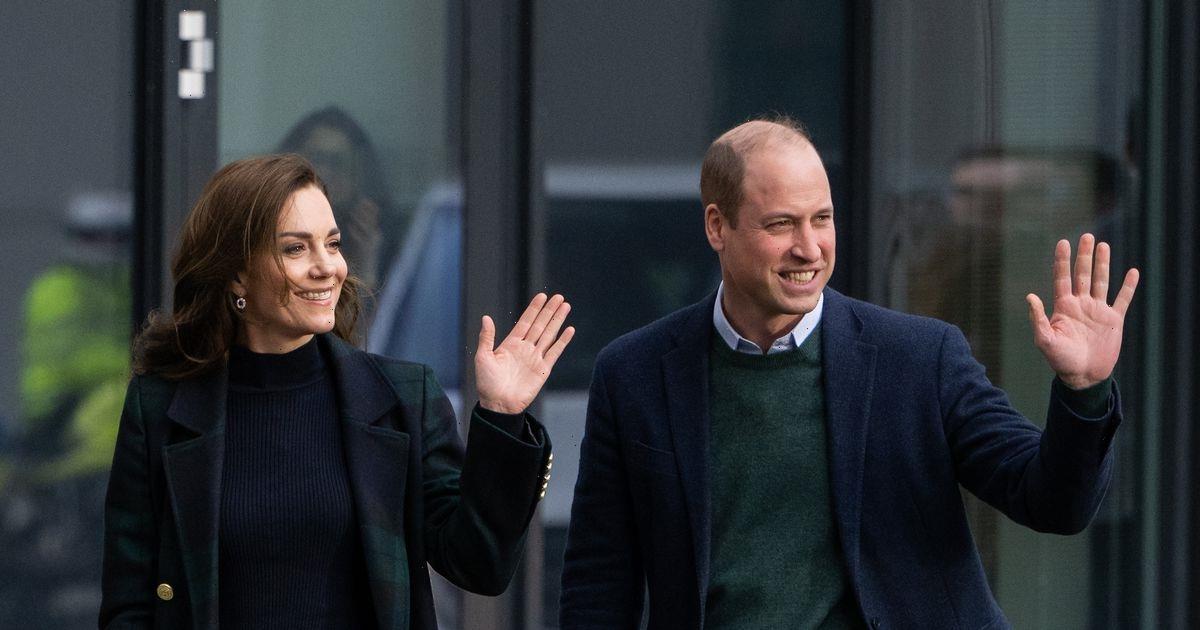 The couple, who were at the receiving end of some of the criticism in Harry’s new book, carried out a royal visit to Liverpool today Thursday (12 January), where they officially opened the new Royal Liverpool University Hospital.

The couple seemed in high spirits as they greeted the crowds in matching navy and green outfits, with William, 40, making a sweet gesture towards his wife, 41, as they stepped through the doorway to meet waiting fans.

The future King placed a hand on Kate’s back as the couple made the way towards the waiting crowd and seemed cheerful despite the range of alleged stories about the royal family published by Harry in his bestselling book.

Kate wore a double-breasted green and navy tartan coat along with a knitted black maxi dress that featured a flared skirt and high neckline.

The princess accessorised the dress with a belt and a pair of black high heels, while adding a touch of sparkle with a pair of sapphire and diamond earrings that previously belonged to Princess Diana.

William, meanwhile, matched his wife, wearing a navy jacket and trousers along with a dark green jumper, as he waved at the crowds during the couple’s arrival.

The Prince and Princess of Wales visited the new hospital to thank health workers for their commitment and to take a tour of the state-of-the-art hospital, amid the fallout from Harry's new book.

The couple have not spoken openly about the publication of Harry's new memoir, which contains many alleged anecdotes about the pair.

In the book, Harry claims there was a “summit” that he, Meghan Markle, Kate Middleton and Prince William held at his home, Nottingham Cottage, in December 2018, in order to try and resolve growing tensions between the family members.

The group, who were once branded the “Fab Four,” met on Harry and Meghan’s “turf” to hash out the growing tension shortly after the couple returned from their Australia tour.

Harry writes that there was “no small talk,” and that Kate “got things rolling straightaway by acknowledging that the stories about Meg making her cry were totally false.”

The Duke even claims that his sister-in-law agreed that she was the one who made Meghan cry and offered an apology.

However, according to the book, this didn’t satisfy the Sussexes, who questioned what could be done to correct the story publicly – although Harry says that he knew nothing would happen due to the Palace's desire to protect William's reputation.

Harry says that the four then went “around and around” discussing potential suspects who might have leaked the bridesmaid story, before William finally conceded that he had relayed the argument to his father and Camilla over dinner.

After publishing his memoir, Harry has embarked on a publicity tour in which he continues to attack his relatives and most recently accused his family of "undermining," him on a US talk show.