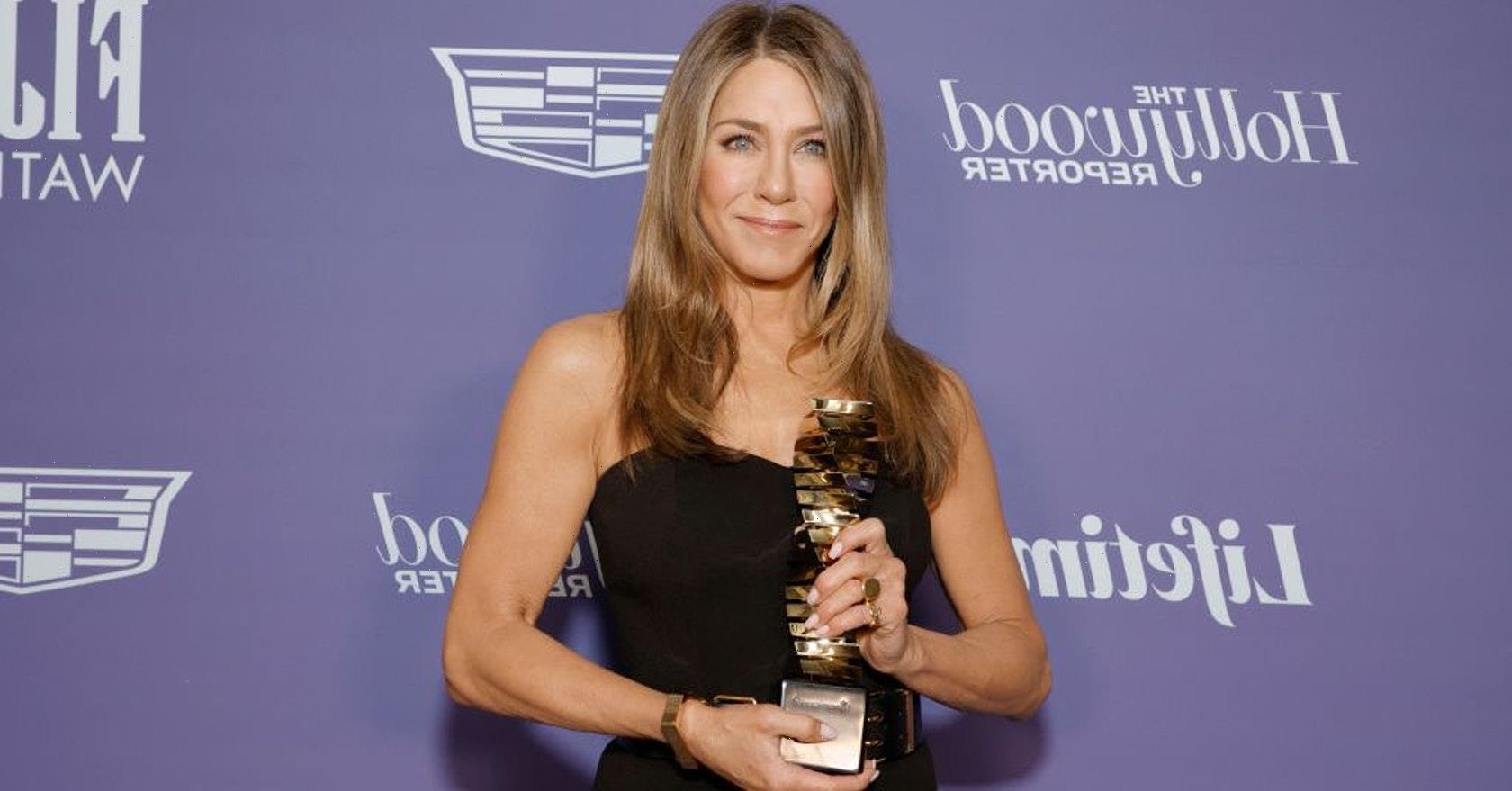 It was the reunion we were all anticipating and as the cast of Friends came together in the one-off special, it was all smiles and waves of nostalgia. Really, Jennifer Aniston reveals that the experience was “jarring” in a new interview with The Hollywood Reporter.

One of the spin-off highlights of the year for many people was undoubtedly the Friends reunion that aired back in May. Friends: The Reunion featured a heartfelt look at the sitcom that shaped many people’s pop culture lives, alongside the main cast itself.

It even included appearances from previous supporting stars including Maggie Wheeler (Janice), the late James Michael Tyler (Gunter) and Reese Witherspoon (Jill) with all-important reflections from the original cast like whether Ross and Rachel were *really* on a break.

The Friends reunion special was “jarring” Aniston has admitted.

It was an emotional, hilarious and heartwarming reunion but in a recent interview with The Hollywood Reporter, Jennifer Aniston (who starred as Rachel Green in Friends) has since revealed that she thinks “we were just so naive walking into it.”

Aniston admits to initially thinking: “How fun is this going to be? They’re putting the sets back together, exactly as they were.”

“Then you get there and it’s like, ‘Oh right, I hadn’t thought about what was going on the last time I was actually here.’”

“It just took me by surprise because it was like, ‘Hi, past, remember me? Remember how that sucked? You thought everything was in front of you and life was going to be just gorgeous and then you went through maybe the hardest time in your life?’”

Jennifer Aniston says that the Friends reunion “took her by surprise”.

When asked if the reunion was harder than she expected, Aniston remarks: “Time travel is hard.”

She goes onto describe the whole experience as “jarring” for her, especially with all the “cameras everywhere”.

“I’m already a little emotionally accessible, I guess you could say, so I had to walk out at certain points. I don’t know how they cut around it.”

Speaking about her career post-Friends, she says that she “didn’t know what was coming” but describes that feeling as “nothing but blessed.”

Aniston admits that her expectations around her personal life “sort of shape-shifted” over time and again describes that as a “jarring” process.

“We all had an idea of what the future was going to be and we were going to go hunker down and focus on this or that and then it all just changed overnight, and that was it.

While Rachel Green was the role that made her, Aniston says she’s “just getting started”

She adds: “But again, everything’s a blessing if you’re able to look at life’s ups and downs in that way. And if it all hadn’t happened, I would not be sitting here the woman that I am.”

On the ever-changing Hollywood landscape, Aniston simply states that “it’s not the same industry that it used to be” and that she feels as though she’s “losing touch.”

“It’s not that glamorous anymore. It’s slowly becoming about TikTok and Instagram followers. It’s like, we’re hiring now based on followers, not talent? Oh, dear.”

As the star stated that she’s “just getting started”, we’re sure we’ll see Aniston take the acting helm in future blockbuster hits (that don’t include any Friends references).