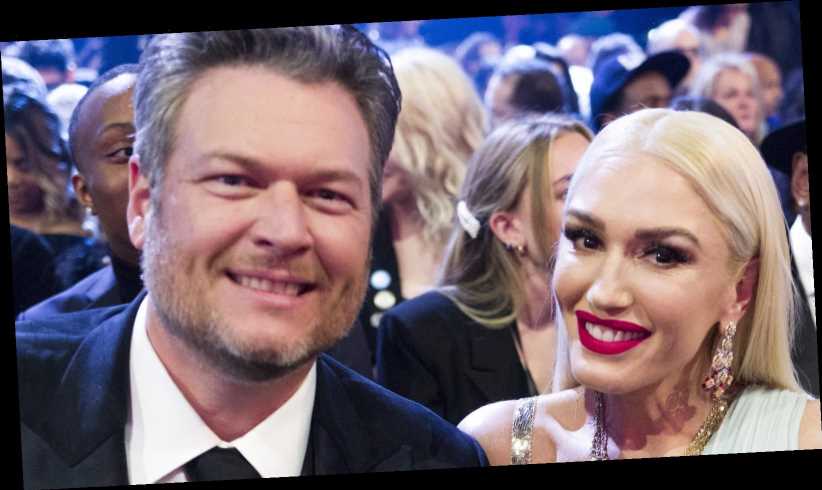 Gwen Stefani and Blake Shelton are one of the hottest couples in the music business. Stefani is known for her funky hits both solo and with her band No Doubt (via Billboard). Meanwhile, Shelton often tears up the country music charts, per Billboard. With all of that musical talent in one relationship, it seems that the two should be creating songs together like crazy. However, that simply isn’t the case. During an interview on DJ Khaled’s podcast, The First One, Stefani admitted that she leans on Shelton heavily when it comes to her career and music choices.

According to E! Online, the singer told DJ Khaled that she and her fiancé recently sat down and listened to all of her unreleased songs to pick and choose possible future singles. Stefani admitted that Shelton’s long-time judging position on NBC’s The Voice, allows him to offer experienced insight. “Being on that show, you’re around so much music, and you really know how to choose music, so I really rely on him a lot for his taste. He knows all genres from being on that show. He has a really good ear for hits, or just songs that are the ones that we all like,” she stated. However, there is one thing that Shelton refuses to help Stefani with.

Gwen Stefani can't get Blake Shelton to write songs with her

Gwen Stefani admitted that she would love to write more songs with Blake Shelton in the future. However, she claims that the country singer isn’t interested in the writing process during this stage of his career. “I wish he would write with me, but he doesn’t really write anymore. And we’ve actually written three songs together — we wrote a Christmas song together, and then we wrote two other songs. But he just doesn’t like writing that much, makes me so mad,” she told DJ Khaled.

According to People Magazine, Stefani admits that it’s always been her way to write with people to help her, and it’s always nice to have someone there for support. “When you’re on your own [but used to] collaborate [ing] and writing with a bunch of different people, you kind of feel like you need someone to do that with,” Stefani stated. Meanwhile, fans hoping for more music from the adorable duo may be disappointed. When previously asked if she and Shelton would ever make a record together, Stefani wasn’t hopeful. “We wrote two songs together — that’s a lot. Because he never [duets]. He’s sharing his talent with me!” the singer said.