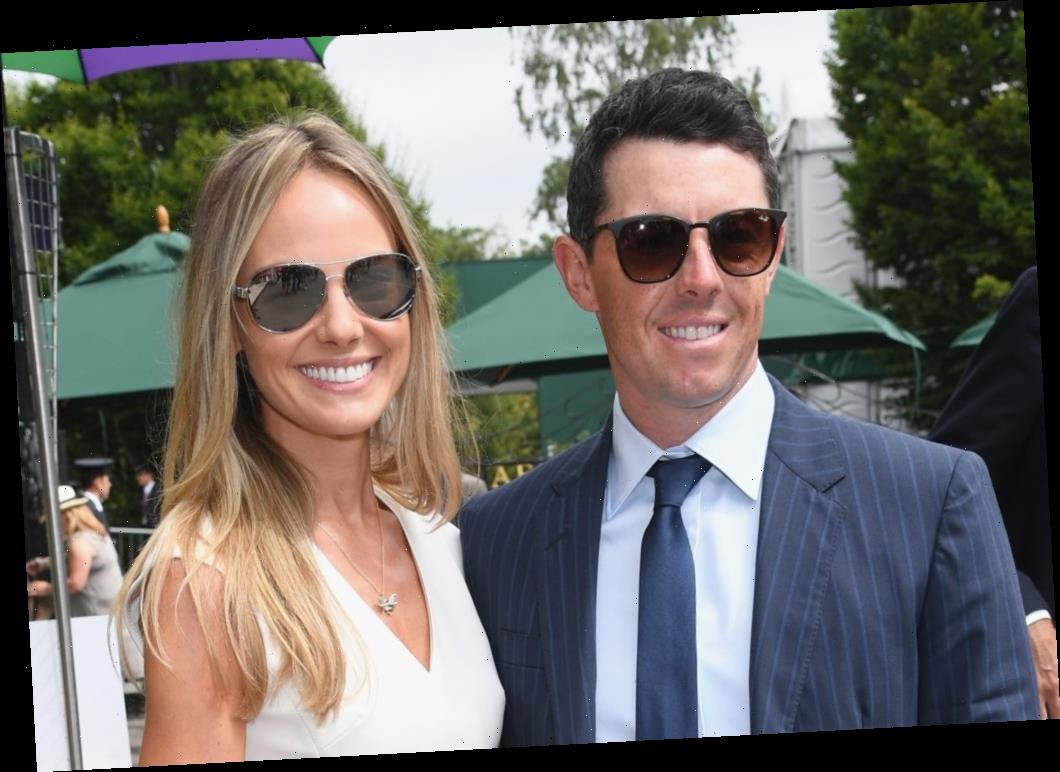 Rory McIlroy is one of the most recognizable figures in the game of golf today. Since joining the PGA Tour in 2007 the golfer, who hails from Northern Ireland, has racked up more than a dozen PGA Tour victories with a handful of majors and surpassed more than $50 million in career earnings. While his accomplishments on the course are well-documented fans don’t know much about the woman he’s married to.

Here’s more about the very private Erica Stoll, plus the famous woman the professional golfer was previously engaged to.

McIlroy was engaged to a tennis star

Prior to marrying Stoll, McIlroy was set to walk down the aisle with another woman.

In 2011, McIlroy was engaged to tennis star Caroline Wozniacki. However, the two broke up in 2014 before getting hitched.

Opening up about their split McIlroy stated, “I thought at the time that being with someone that was in a similar position to you was the obvious answer. But it isn’t, because you can never get away from it. You can never detach yourself and try to come back to the real world.”

There were also reports that the golfer had a brief fling with Meghan Markle, now the Duchess of Sussex after he and Wozniacki ended their relationship. But that has never been confirmed.

McIlroy and Stoll met because he overslept

Stoll was born in Irondequoit, New York, and was educated at West Irondequoit High School before attending the Rochester Institute of Technology. She has one sibling — a sister named Natalie.

Stoll enjoys sailing, baking, and watching episodes of The Bachelor.

According to FanBuzz, she first met McIlroy in 2012 when she was a PGA employee. The golfing pro had overslept and was late for his tee time for the Ryder Cup at Medinah so Stoll was tasked with getting him and his caddie out to the course that day.

They became friends and later began dating before getting engaged in December 2015. The couple tied the knot two years later at Ashford Castle in Ireland. Some celebrity guests who attended their wedding included Coldplay’s Chris Martin and One Direction’s Niall Horan. Stevie Wonder and Ed Sheeran performed at the affair.

Stoll prefers to stay out of the limelight

Even though her husband is a famous golfer, Stoll likes to fly under the radar. Her Instagram account is private and she tries to stay out of the spotlight as much as possible. McIlroy previously spoke about how his wife prefers to be in the background.

“Erica has been around me quite a lot at tournaments but we have really just tried to keep it low key,” McIlroy told The Independent. “She is a very low key person, not the kind to broadcast stuff.”

He continued: “For me, Erica brings such a level of normality to everything. She has a calming presence, a sereneness and that’s not just on me; it is noticeable in any company. She never wants to be the center of attention and is always very comfortable in the background. She has been a great influence on me and has given such a great balance to my life — between who I am when people see me out here and who I am at home.”

How many children they have

The pair welcomed their first child on Aug. 31, 2020 and named her Poppy Kennedy McIlroy.

The athlete made the announcement a few days after the baby girl’s arrival via social media and thanked the team of doctors at Jupiter Medical Center in Jupiter, Florida.