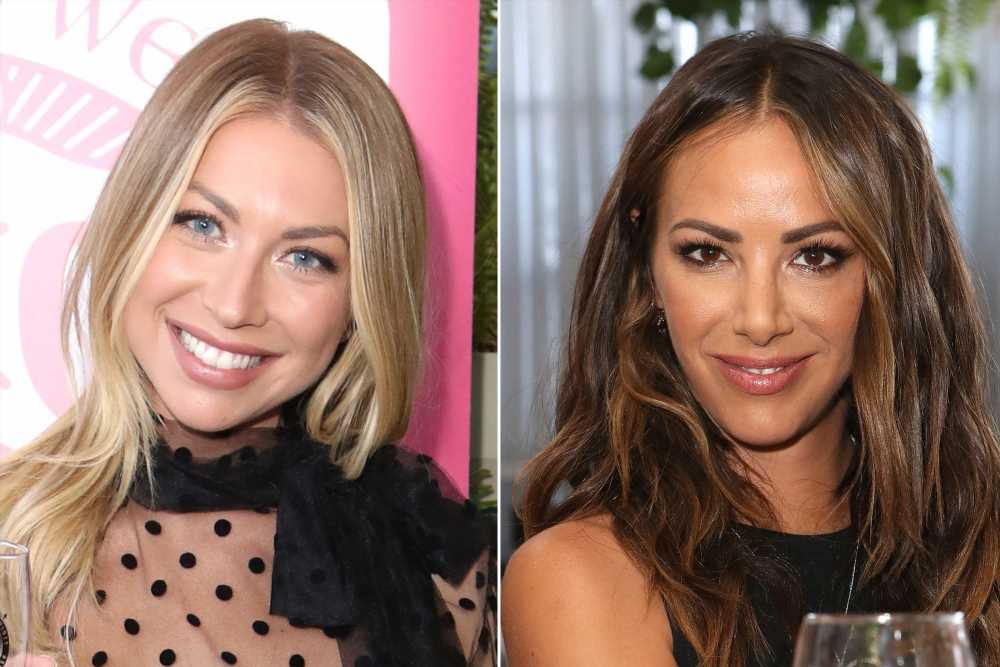 The Witches of WeHo have some drama brewing.

Doute, 36, first missed a cast trip to Las Vegas the week of July 25 to celebrate Maloney and Tom Schwartz officially tying the knot. Maloney, 32, and Schwartz, 36, married in front of Bravo cameras in 2016 but they were never legally husband and wife.

Instead of frolicking around Sin City with the majority of her co-stars, including Lisa Vanderpump, she kept Scheana Marie company after her egg retrieval.

Oddly enough, Schroeder, 31, Maloney and Doute attended the Santa Barbara Wine Festival together just days before the trip on July 20 to promote their two “potions.” They even posed as a trio for photos.

“Everyone had a great time — seriously,” an insider told us of their interactions at the event.

They also posed for photos together at their Basic Witch Potion No. 2 rosé launch party at Farmhouse LA on July 30.

But the James Mae clothing designer was not present at Schroeder’s engagement party on July 31.

Beau Clark popped the question to the “Straight Up with Stassi” podcast host on July 31 and they celebrated with an intimate get-together at Vanderpump’s Villa Rosa estate with guests including co-stars  Marie, Schwartz, Maloney plus co-stars Lala Kent, Jax Taylor and Brittany Cartwright.

An insider told Page Six at the time that Doute was called immediately after the proposal to be told the good news and that “there isn’t any drama about her being excluding from anything.”

However, Schroeder’s mom, Dayna Schroeder, hinted that there could be trouble in paradise via Instagram. She responded to a fan question on her post from the engagement party, saying that she was upset Doute wasn’t there.

“But I didn’t really know all the particulars,” she wrote. “So I was out of the loop for awhile. Don’t you worry, it’s like Lion King and the circle of life. ….each one of these girls will grow, change and come back to their original strong friendship bond that they’ve always had. Somethings just take time [sic].”

The upcoming season of “Vanderpump Rules” is currently filming with an insider telling us that their friendship troubles have been captured.

Doute has yet to speak out about the drama and her rep declined to comment.