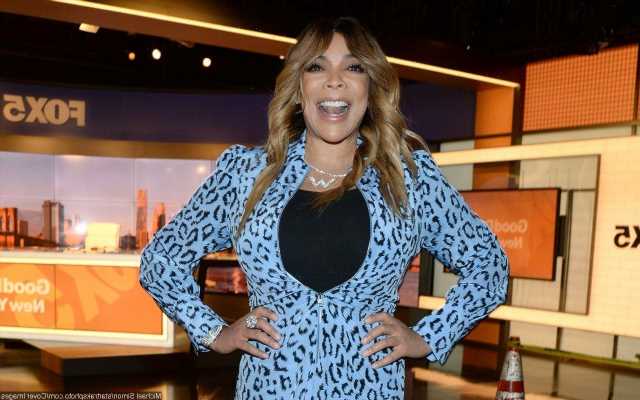 One day earlier, the former host of ‘The Wendy Williams Show’ insisted that she’s a ‘married’ woman after she tied the knot with an NYPD officer named Henry at the end of July.

AceShowbiz –Wendy Williams‘ inner circle has reacted to her claim that she has gotten “married” to an NYPD cop named Henry. In a new interview, the former “The Wendy Williams Show” host’s family admitted that they found the marriage claim “crazy and very unnerving.”

Williams’ brother, Tommy Williams Jr., told Page Six that the news has left him and his family incredibly confused. Tommy also described her recent appearances and interviews as “really sad.” He added that since her eponymous talk show came to an end, his sister’s mental state has been on the decline.

“I’ve been with Wendy since the very beginning and she’s never talked like this, but I don’t think it’s her fault. It’s a precarious situation,” Tommy told the outlet. He further claimed that he spoke to his sister recently and that she didn’t mention anything about marriage as well as her husband. “She wasn’t getting married last week. I think it’s kind of crazy, and very unnerving,” he noted.

Shortly after the news broke, Wendy’s representative Will Selby insisted that his client wasn’t actually married. “That’s inaccurate. She is excited about a new relationship and probably got carried away in conversation,” Will told Page Six, before being asked if Wendy was, in fact, seeing a cop named Henry. “Wendy doesn’t wish to disclose details at the moment,” he stated.

Debunking her own representative’s claim, Wendy said on August 3, “Everybody seems to have a problem with that. I’m married.” The 57-year-old TV personality further declared, “I’m married! I don’t care who knows it. I’m married.”

Wendy later slammed her rep as saying, “Will sees no point in me getting married. But you know what? F**k Will.” She went on to explain, “Fourteen years I’ve known him. I’ve always said f**k him…in a good way, you know?”