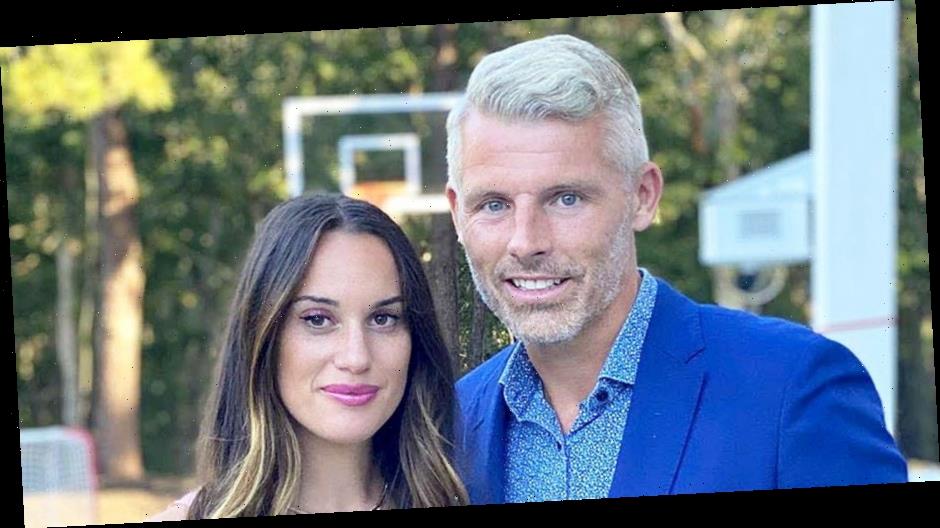 It’s love! Hannah Berner and Des Bishop revealed to the world just how well they know each other during Us Weekly’s “Newly Engaged Game.”

Though the Summer House couple weren’t on the same page for every question, they sure had fun along the way. As they made their way through the game, the pair couldn’t stop giggling and smiling.

When asked the most romantic thing Bishop ever did for her, the reality star, 29, answered, “Let me sleep with my cat in the bed, even though he’s allergic.” The 45-year-old comedian, on the other hand, said buying his fiancée a hot tub was his sweetest gesture.

“I forgot about that! I take you for granted,” the Bravolebrity said.

Even though Berner decided the couple’s song without input from her partner, the pair agreed on what tune they’ll dance to first at their wedding: The Bee Gee’s “More Than a Woman.”

The duo, who got engaged on Valentine’s Day of this year, met in July 2020. Their first date was in Sag Harbor, New York, where they walked around for hours while wearing their face masks.

‘Summer House’ Stars Who Left the Show: Where Are They Now?

“The first thing she did [when we met] was complain about her dad actually. … When she finished this, like, two-minute tirade, I said, ‘Well, at least your parents are alive,’” the Irish Dancing With the Stars alum said. “We had a good laugh about that, and when I saw that she laughed at that very dark sense of humor, I knew that we were compatible.”

The couple, who first got serious while Berner was filming the current season of Summer House, are hoping to wed in August.

“It’s weird for it to happen while the season is airing ‘cause the season happened already. And I definitely get in past emotions of getting angry, upset,” Hannah told Us. “But then I’m like, ‘I just got engaged and let’s live in the present moment!’”

While her fiancé refused to get into the Bravo series’ drama, the “Berning in Hell” podcast host said that the moment she regrets most from the season is “not being able to see [Bishop] more because of the pandemic.”

Their relationship moved quickly, with Bishop telling Berner he loved her “relatively” early.

“As a 29-year-old, I’ve been through a lot … and I wanted him to prove to me that he was the guy for me before I fell for him,” the former college tennis player said.

“Early on, he was like, ‘I’m going to marry you.’ … I was like, ‘Then put your money where your mouth is.’ And I started sending him links to rings,” she said. “And he joked back and he goes, ‘OK, on it.’ And I was like, ‘I think this is a comedy bit, but I’m gonna go with it.’ And then when he proposed, I started crying. I go, ‘Are you joking?’ I thought the whole thing was a joke.”