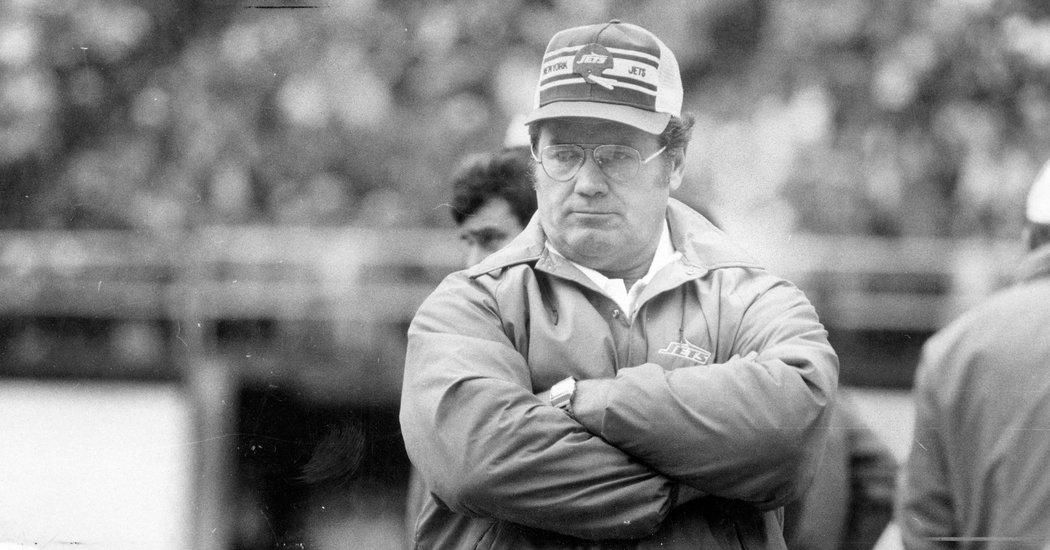 Walt Michaels, a strong-willed and occasionally undiplomatic coach who led the Jets to the 1982 American Football Conference championship game but was ousted after they lost, died on Wednesday at a nursing home in Plains, Pa. He was 89.

The death was confirmed by his son, Walt Jr.

Michaels, a former N.F.L. linebacker, had been the Jets’ defensive coordinator when the team won Super Bowl III over the Baltimore Colts in 1969, a rare moment of glory in the team’s tortured history.

He took over as head coach from Lou Holtz in 1977 and guided the Jets to a 3-11 record in his first of six seasons in command. The Jets were 10-5-1 in 1982 and 6-3 in the strike-shortened 1982 season fielding a talented group of players like quarterback Richard Todd, running back Freeman McNeil and defensive end Mark Gastineau.

Michaels took the Jets to the playoffs for the second year in a row that season. But he could not revel much in their success.

At halftime of their divisional playoff game against the Los Angeles Raiders in January 1983, Michaels received a harassing phone call in the Jets’ locker room. He screamed in anger, sure that the call was orchestrated by Al Davis, the Machiavellian managing general partner of the Raiders. Davis denied it, and a Queens bartender later said that he had made the call on his own.

But a week later, with the Jets about to face the Miami Dolphins at the Orange Bowl in Miami in the A.F.C. championship game, Michaels became furious at Don Shula, the Dolphins’ coach, because the field was not covered, despite three days of heavy rain. Michaels said Shula had deliberately let the field get muddy to slow the Jets’ offense, which relied on speed. Shula said the Dolphins didn’t own a tarpaulin. 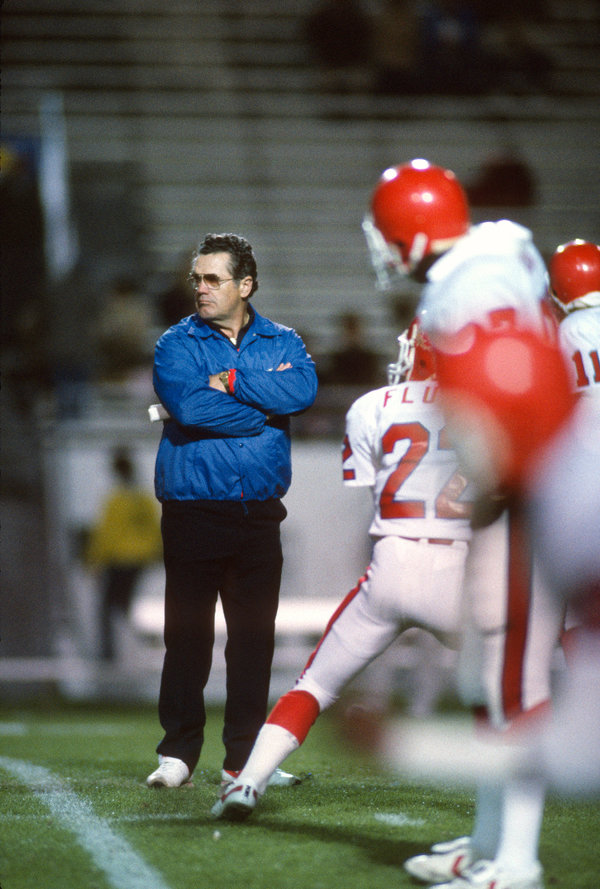 The day after that game, Michaels did not show up for the Jets’ final team meeting. Seventeen days later he retired, saying he needed a break. His mother had been dying of cancer late in the season, and he said he was emotionally spent.

But The New York Times reported that during Michaels’s last meeting with Leon Hess, the Jets’ owner, and Jim Kensil, the team president, he was told to resign, given a $400,000 financial package and encouraged to seek treatment for alcohol abuse. He accepted the terms.

Michaels was stubborn, candid and critical of players in front of the team, an old-school, temperamental coach whose players feared and respected him.

Many of them, including the offensive linemen Randy Rasmussen and Marvin Powell, understood him. Rasmussen told The Times in 1977: “He’s already won a championship. He knows what he’s talking about. He doesn’t beat around the bush.” Powell told The Times in 1980, “As far as some guys not being able to deal with it, I think that’s emotional immaturity on their part.”

Walter Edward Michaels was born on Oct. 16, 1929, in Swoyersville, Pa., one of eight children of Walter and Mary (Maholick) Michaels. His father, a Polish immigrant, was a coal miner.

Walt played fullback and linebacker at Washington and Lee University, in Lexington, Va., and earned a bachelor’s degree in psychology in 1951. One of his brothers, Lou, was a defensive lineman and kicker for four National Football League teams.

Walt was chosen by the Cleveland Browns in the seventh round of the 1951 draft and then traded to the Green Bay Packers, where he played for one season. He was then traded back to the Browns, where he flourished as one of the league’s top linebackers.

He began his coaching career in 1962 with the Oakland Raiders and joined the Jets the next year as a defensive coach under the head coach, Weeb Ewbank. (Because of a shortage of linebackers, he was also activated as a player for the first game.)

As the Jets’ defensive coordinator until 1972, he expected to succeed Ewbank. But when Ewbank named Charley Winner, his son-in-law, as his successor, Michaels left to join the Philadelphia Eagles in 1973 as defensive coordinator. He returned to the Jets in 1976 in the same position under Holtz.

Holtz’s resignation before the final game of the season led the team to hire Michaels as head coach.

During one game that season, Michaels demonstrated his penchant for outspokenness. From the coaches’ booth, he objected to Holtz’s decision to remove a defensive player Michaels had just sent in.

“You screwed up the offense!” Michaels shouted through his headphones to Holtz, “but leave my defense alone.”

During his six seasons as the Jets’ head coach, Michaels compiled a 39-47-1 record.

He returned to the sidelines in 1984, when he was named the coach of the New Jersey Generals of the fledgling United States Football League. He coached for two seasons before being fired by Donald J. Trump, the team’s owner. The league folded before the next season.

In addition to his son Walt Jr., Michaels is survived by a daughter, Mary Ann Youngblood; two other sons, Mark and Paul; and eight grandchildren. His wife, Betty (Yuhas) Michaels, died in 2013.

Michaels was fond of Polish parables, including one that his father told him: “Don’t tell me if the sea was stormy. Just tell me if you brought home the ship.”