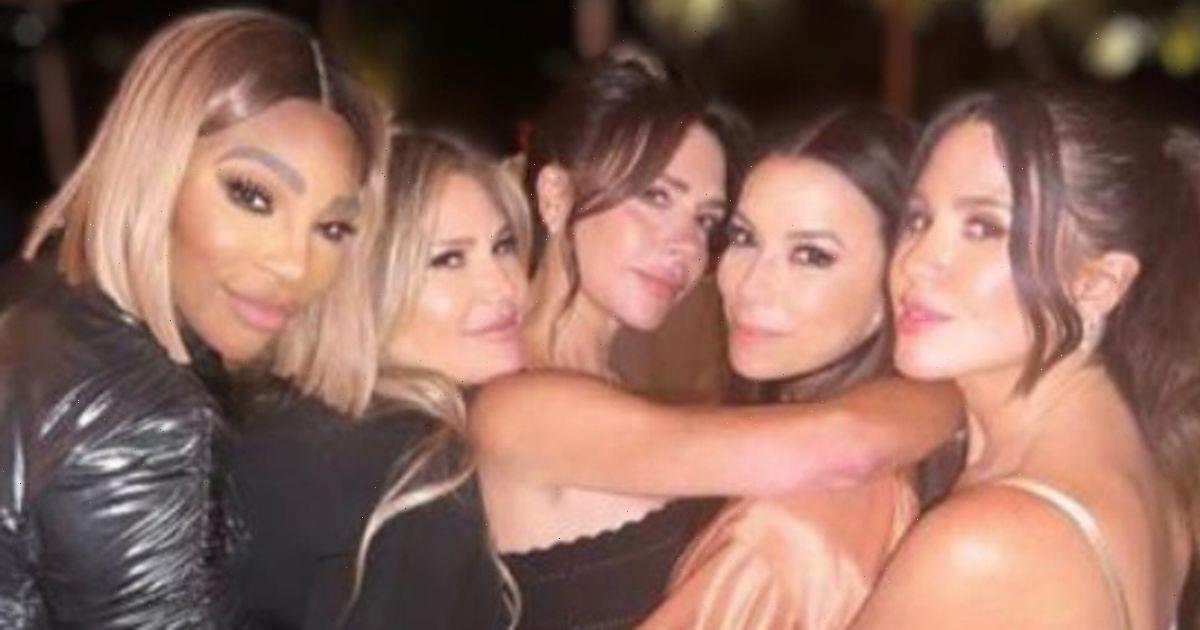 Victoria Beckham has shared a set of never-seen-before snaps of the celebrations at her son Brooklyn's wedding.

Brooklyn, 23, tied the knot with actress and billionaire heiress Nicola Peltz, 27, in a lavish ceremony at a £76m oceanfront mansion in Miami – one of the Peltz's family homes – last month.

And the series of photographs uploaded to Instagram by the former Spice Girl turned fashion designer this evening, Friday, May 20, show her posing with family and friends during the celebrations around the highly-anticipated nuptials.

Believed to have been taken at a rehearsal dinner the night before the wedding, they feature Victoria, 48, and husband David, 47, partying with pals including tennis star Serena Williams, Desperate Housewives actress Eva Longoria, singer, songwriter Marc Anthony, his fiancée Nadia Ferreira, and the Beckham's long-standing friend Ken Paves – amongst others.

In one of the snaps, Victoria and David's youngest child, daughter Harper Seven, now 10, poses in a strapless pink dress with Eva.

"Friday night throwback celebrating with friends post wedding! We love you!!!" Victoria said in the caption accompanying the pictures.

Gordon Ramsay, who reportedly became friends with David when catered for the Beckhams' party before the 2006 football World Cup, and his wife Tana were also said to be among the A-list guests spotted arriving at the dinner ahead of the wedding bash.

Brooklyn and Nicola’s luxurious ceremony, at which Brooklyn's brothers Romeo and Cruz were best men and Harper was a bridesmaid, is rumoured to have cost around £3million.

The couple’s official wedding pictures were taken by Vogue magazine and were published in the fashion bible.

Brooklyn shared several pictures of his 'beautiful bride' on his Instagram as well as picture of his dad and brothers at the ceremony with the caption 'the boys'.

He shared a snap of him and Nicola together saying after they declared husband and wife saying: "Mr. & Mrs. Peltz Beckham."

The newlyweds appeared to be in thick of married bliss during a red carpet appearance on Thursday night.

They appeared at the event Dior Men's Spring/Summer 2023 Collection in LA and were not shy at showing some PDA – with Brooklyn planting a kiss on his new wife.

The happy couple were this week also spotted enjoying a date night in West Hollywood.

They were snapped as they left Craig's, an American restaurant favoured by celebrities.

The happy couple wore casual clothes as they made a swift exit following a romantic meal.

For all the latest TV and Showbiz news, sign up to our daily newsletter here.