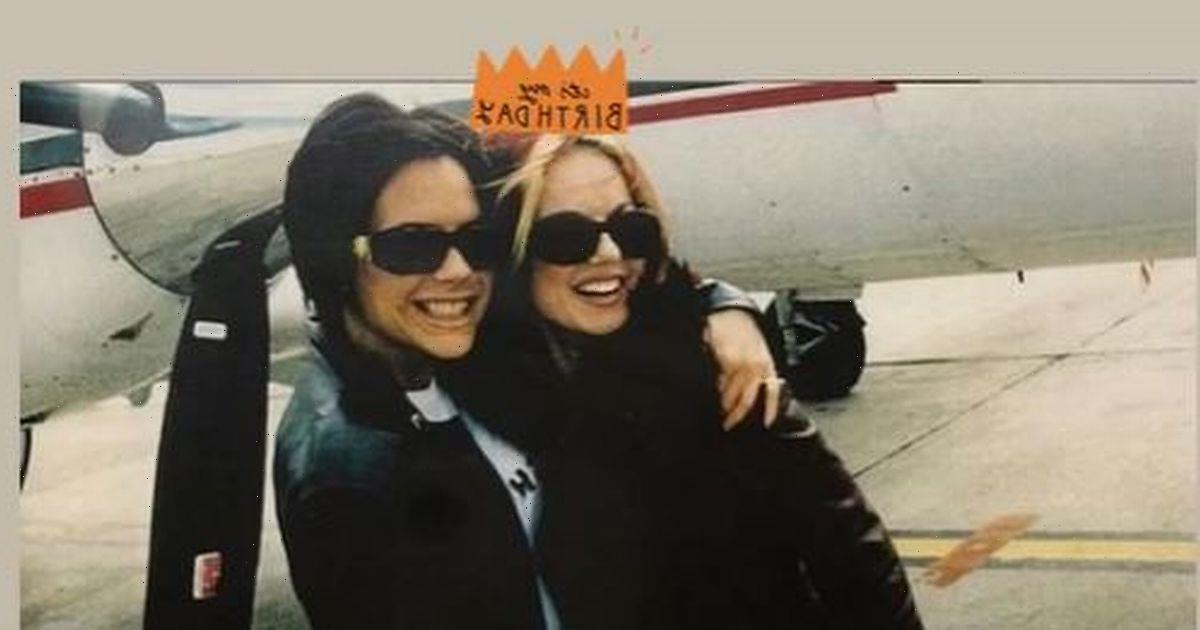 Geri Horner is celebrating a milestone birthday today, and designer Victoria Beckham was one of her celebrity pals who took to Instagram to send her birthday wishes.

Geri who rose to prominence as one fifth of girl-band Spice Girls in the 90s celebrates her 50th birthday today on Saturday 6 August.

The Spice Girls were architects of the pro-feminist and empowering movement, 'Girl Power'. In the band's heyday, the band enjoyed global success and sold over 100 million records worldwide; their 11 singles enjoyed 50 weeks in the top 10 whilst their four albums, which were equally well-received, were in the top 10 for 58 weeks.

The band first got together in 1994 when they auditioned for an advert in The Stage paper. Fast-forward 28 years and now the oldest Spice Girl from the gang has turned 50.

Her bandmate Victoria has now wished Geri a happy birthday via Instagram Stories. The designer mum-of-four shared a photo of the pair hugging when they were much younger. Victoria wrote: "Happy Birthday @therealgerihalliwell! Hope you have the best day!"

She also added emojis of a crown and mini hearts, signifying the closeness of the pair. Victoria wasn't the only one who wished Ginger Spice a very happy birthday.

After Geri shared a carousel post showing a montage of clips from her life to the soundtrack of her single Miracles, other celebrities were quick to send their birthday wishes.

In her Instagram post, Geri wrote: "I get to be 50! I’m so grateful to all the wonderful people and experiences I’ve had in my life. Thank you. I love you. The best is yet to come. Geri x".

Melanie C or Sporty Spice replied saying: "Happy Birthday Ginge! Love you with all of my heart my darling Spice sister xxxxxxxxx".

Former Brookside actress Claire Sweeney posted a heart emoji with the caption: "This is beautiful Geri."

DJ Suri who is remix artiste to the stars posted a smiling face emoji along with the caption: "Happy birthday"

Despite a rollercoaster journey, the Spice Girls have remained friendly, and there is even talk of a Spice Girls documentary that will see all five of the band members reunited.