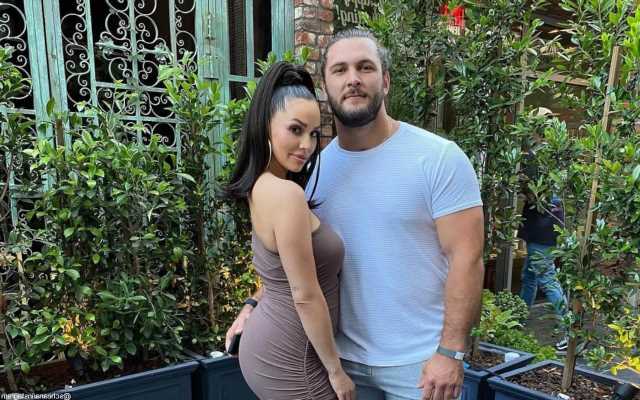 The reality TV star first sparks engagement rumors after she is spotted wearing a massive diamond ring, which was designed by her close friend Kyle Chan, while out in Los Angeles with her fiancee.

AceShowbiz –Scheana Shay has gotten engaged to Brock Davies. After her boyfriend went down on one knee to ask her hand to pop the big question, the “Vanderpump Rules” star was reported to be “really happy.”

On Wednesday, July 21, multiple sources confirmed to E! News that the 36-year-old has been engaged to Brock. Celebrating the special occasion, the reality TV star, her fiancee Brock and her co-stars James Kennedy, Raquel Leviss as well as Ariana Madix were spotted at upscale restaurant Craig’s. “Brock and Ariana kept grabbing Scheana’s arms and looking super happy and excited for her… Scheana looked really happy and she and Brock look really in love,” the insider spilled to the outlet.

Offering more details, the so-called inside source added that the lovebirds “were cuddling at the table and laughing the entire night.” Scheana first sparked engagement rumors after she was spotted rocking a massive diamond ring while out in Los Angeles on Tuesday, July 20. The soon-to-be bride also reposted a snapshot of the outing on her Instagram Story. Additionally, it is reported that Kyle Chan, a close friend of the Bravo star, designed the sparkling piece. 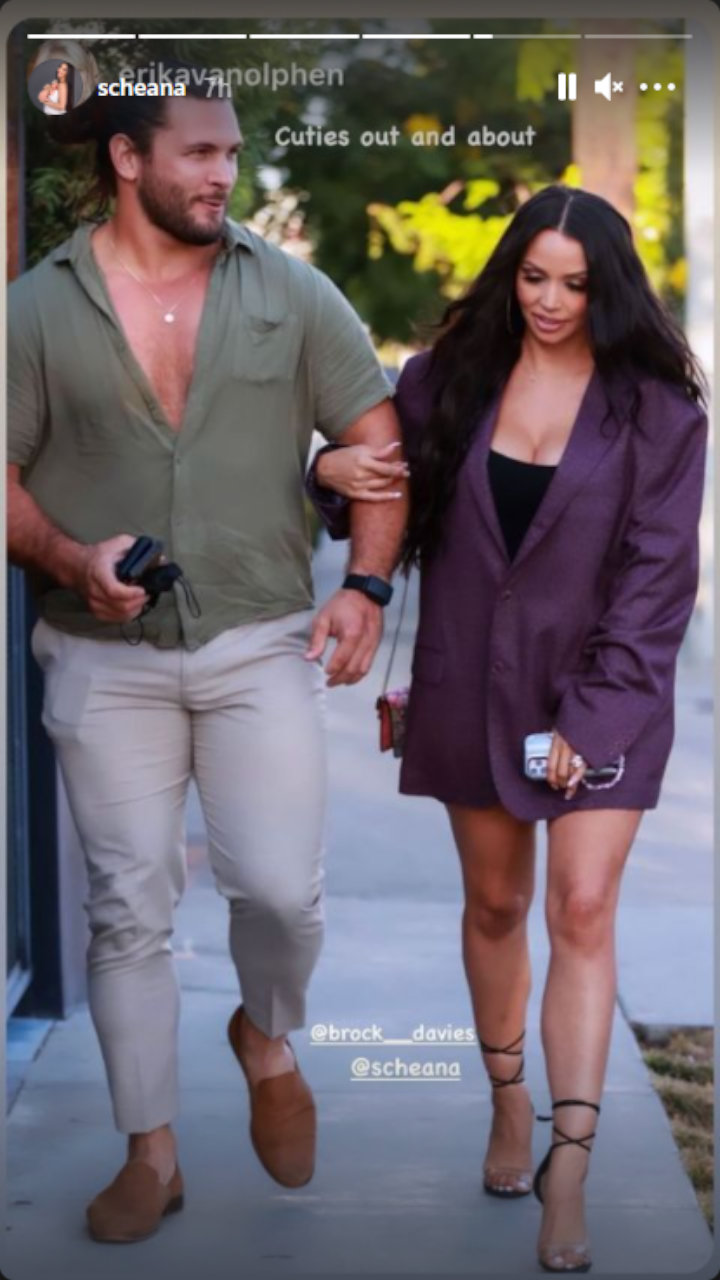 Scheana Shay rocked a massive diamond ring on that finger while out in Los Angeles with Brock Davies.

Scheana and Brock have been dating since November 2019. The soon-to-be-married couple welcomed their daughter Summer Moon Honey Davies on April 26 after a complicated birth. “Almost 24 hours after being induced, my blood pressure was extremely elevated. I was diagnosed with preeclampsia, which has now turned into HELLP syndrome,” she shared on Instagram.

“My doctor said I was lucky, and we caught this just in time to treat as it’s very unusual to be caught so late, in postpartum. Until this morning I was on a magnesium drip that made me extremely lethargic and flu-like, shivering uncontrollably to the point where I felt like I was seizing,” Scheana continued. She explained further, “Having not caught this condition in time, that would have been likely. I am still being monitored closely for elevated liver enzymes and low blood platelets and not sure how much longer we will be here.”

“Thank you to everyone who has reached out and sent their love and thank you to the amazing staff here at Cedars-Sinai,” Scheana concluded her post. “We are definitely feeling all the feels and just so excited to be Summer’s parents!!!”