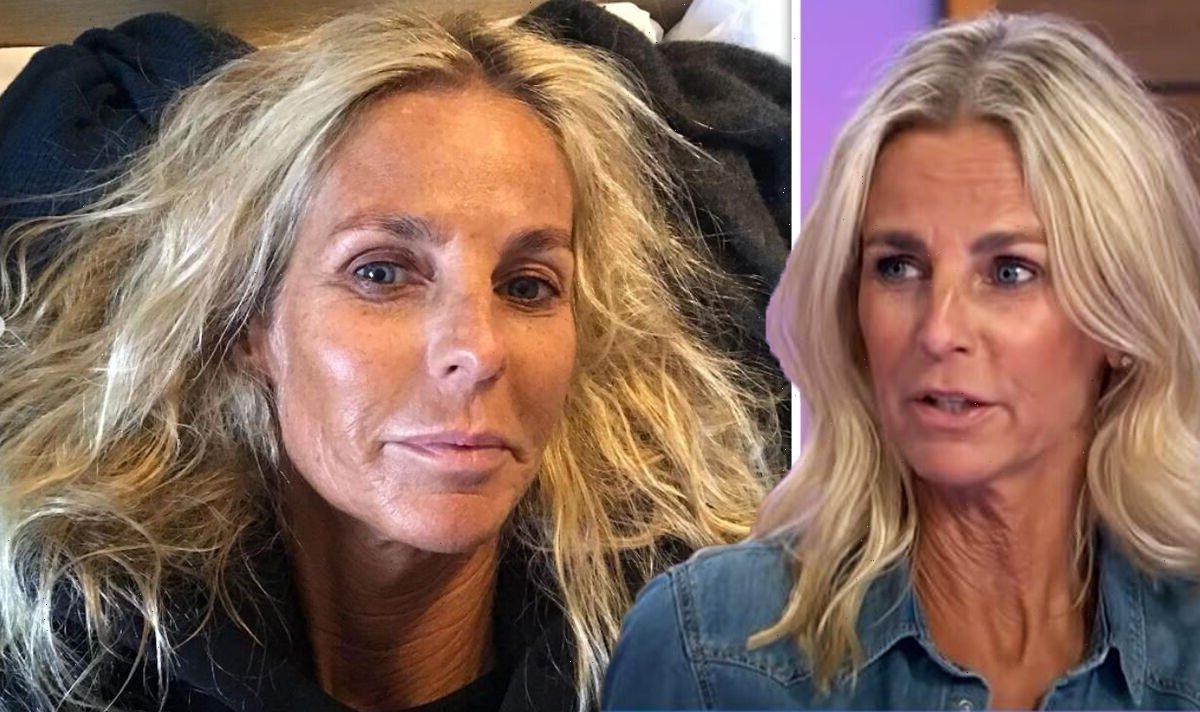 Ulrika Jonsson has detailed her battle with arthritis, revealing that she is “nearing” the need for a hip replacement. The Swedish TV personality, 54, candidly opened up about her health struggles in a new interview which saw her speak about living with the condition as she added that her “body is falling apart.”

This is a sign that my body is falling apart

The star was previously diagnosed with the condition in both of her hips four years ago.

As a result, Ulrika told how she was forced to give up running as she was advised that some forms of exercise “weren’t ideal”.

The Swedish TV personality revealed that she finds it hard to get out of bed or to stand up after writing for long periods.

Despite her battle with the condition, Ulrika told how she wants to delay the need for a hip replacement for as long as possible.

She said: “I’ve got a couple of friends who have had hip replacements and they’re a bit older than me and I just thought that’s not really something I want to be contemplating already.

“It definitely was one of those things where you go ‘it’s a slippery slope to old age,” she admitted.

Ulrika went on: “For me it was a bit of fear and panic because you just think it’s not really something you can halt.

“This is a sign that my body is falling apart,’ she said to MailOnline.

Arthritis is a common condition that causes pain and inflammation in a joint.

Treatments include medication, lifestyle changes and surgery in the more severe cases.

This is not the first time that Ulrika has bravely spoken out about living with the condition.

Last month, the mother of four opened up to Express.co.uk about living with arthritis and the “stigma” that she feels is attached to the condition.

She also spoke about suffering from a degenerative disc disease in her back and explained how the pain of it impacted her mental health.

Ulrika said: “I’ve had this back problem, that’s never going to go away either, and I had a few really tough years.

“We talk about ageing, but pain and pain management is something people maybe don’t like to admit to.

“We still slightly associate it with moaning, but we all have some sort of pain at some stage.

“But I don’t talk about it publicly, in that respect. I talk to people around me, but it’s a good point and it should be addressed, especially if there are things that can help your pain.”

Ulrika explained that during the four years she experienced “chronic” lower back pain, her mental health was affected.

“I think because arthritis is something I’ve lived with for so long, I’ve come to accept it,” she said.

“You panic if you don’t know what the pain is, or how long it’s going to last but I can alleviate the pain that I get from my arthritis,” she added.