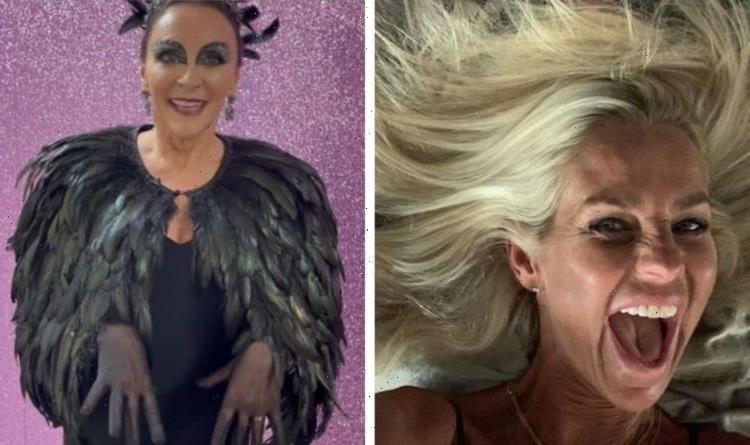 54-year-old Ulrika Jonsson has vowed not to become “boring” as she grows older and has vocally supported those who subscribe to a youthful style – including, of course, Shirley Ballas, 61. “I can’t dance but I think Shirley and I have something life-affirming in common: We’re b****y young at heart,” she wrote. Strictly’s head judge Shirley is loved-up with boyfriend Danny Taylor, 48, who she has been dating since they met during panto rehearsals for Jack and the Beanstalk at the Liverpool Empire in 2018.

Shirley and I have no intention of growing boring, staid and predictable

“Shirley and I are both accepting of the ageing process but have no intention of growing boring, staid and predictable.”

She added encouragingly: “At 61 she, jaw-droppingly, does not look a day over 40.”

“She’s paving the way for the rest of us more mature women.

“I salute you, Shirley.”

Ulrika, who was writing in her column for the Sun, then went on to ponder the “trickle of young men” she’d had encounters with on dating sites over the past year.

Wondering what had triggered this, she mused: “I strongly suspect it was a story I read about [a] 50-year-old gran… who changed the age range on her dating app — and found herself marrying a boyfriend who is in his 20s.”

Age-gap relationships are common in showbiz when it comes to older men dating younger women, with Leonardo DiCaprio’s previous romances with much younger models being one example.

However, it is considered more unusual for an older female to be seen with a toyboy – and that’s a mindset Ulrika is keen to change.

Born out of a desire to be “young, fun and unconventional”, she then “got caught down the rabbit hole that is dating apps”.

Ulrika’s friend advised her to sign up, as it could prove a welcome distraction during lockdown.

After failing to specify an age range, she found herself the object of an 18-year-old man’s affections, who told her he “loved” the idea of their differing ages.

However, for Ulrika, it was a step too far.

“I dismissed him because I felt that my oldest son being 27 should somehow shape my lower age limit,” she confessed.

Historically, Ulrika hadn’t seemed concerned about embarrassing her children, responding to their uncertainty about her nude shoots with comments like: “I strip so you can eat!”

However, she was conscious not to push too many boundaries in her dating life.

“I don’t wish to appear ageist in any way, shape or form,” she clarified.

“[However] my ex-husbands and those I’ve had long-term relationships with have all, historically, been around my age… this was definitely a new foray.”

Although she insisted she saw the person and not the age, she added jokingly: “I’m a relic.

“I am a piece of history (which some of them couldn’t even remember) and they are the next generation.”

However, she added of Shirley: “I don’t necessarily have my heart set on a younger man, but it does seem Shirley has found one who values, appreciates and adores her. And that offers great encouragement for everyone.”