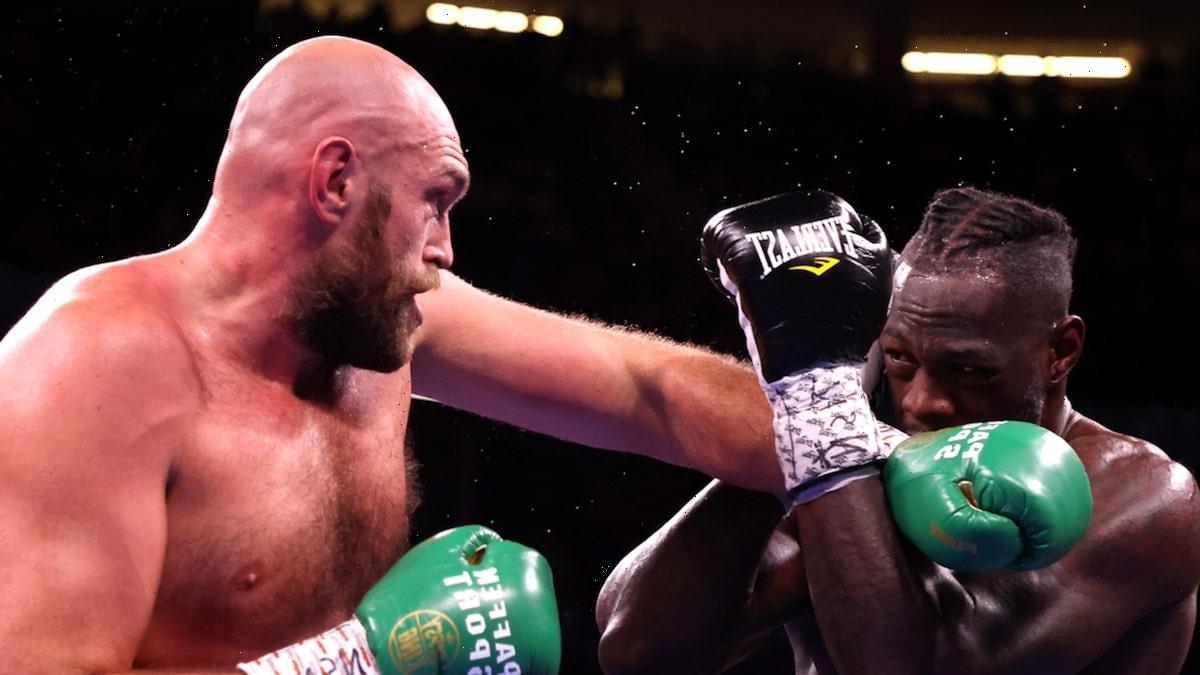 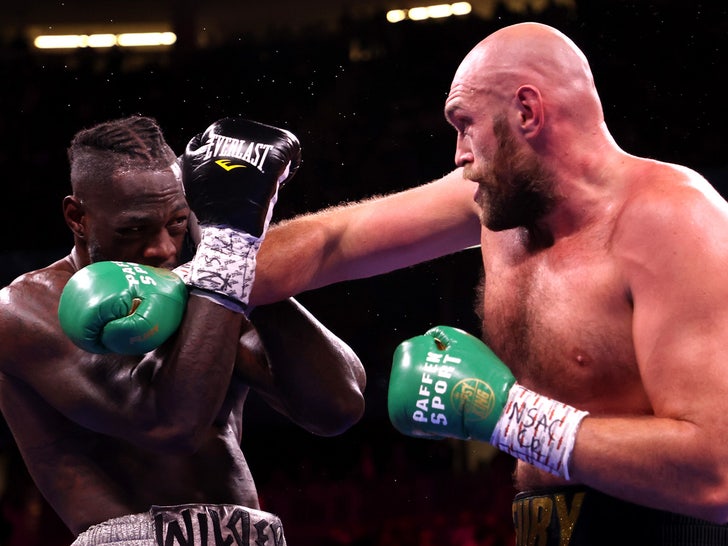 Tyson Fury just knocked out Deontay Wilder in the 11th round … in what was one of the greatest heavyweight fights of all-time!!

The fight was amazing … 33-year-old Fury dropped 35-year-old Wilder in the 3rd round. Deontay beat the count … and despite being on shaky legs, made it through the end of the round.

However, in the 4th … the Bronze Bomber finally connected with a straight right, sending Fury to the canvas. Tyson got up … and Wilder pressed the issue, unloading a combination on Fury, again dropping him. The Gypsy King survived.

The middle rounds mostly belonged to Fury … as Wilder appeared to be the more tired man.

In the 10th, Fury connected with a heavy right that knocked down Deontay. Again, Wilder showing incredible heart, got up … and actually ended the round with a flurry of punches, pinning Fury into the corner.

In the 11th, with Wilder down on the scorecards, Fury again landed a big right, sending Deontay to the canvas.

it was the third time the boxers faced each other in the ring. Their first fight was declared a draw. Fury KO’d Wilder in the rematch. And the third fight again belonged to Fury … now the #1 heavyweight in the world, without question.

The fight was absolutely electric … and both men displayed amazing will and determination.

As for the ring walks … they were also awesome.

The Las Vegas crowd was star-studded … with everyone from Magic Johnson, Michael Strahan, Shaquille O’Neal and Vince Vaughn sitting ringside.

Social media was also buzzing … with stars like LeBron James tweeting about the instant classic.

After the fight, Fury — as is tradition for the Gypsy King — belted out a rendition of “Walking In Memphis” … remixed for Vegas.

Huge respect to both fighters!