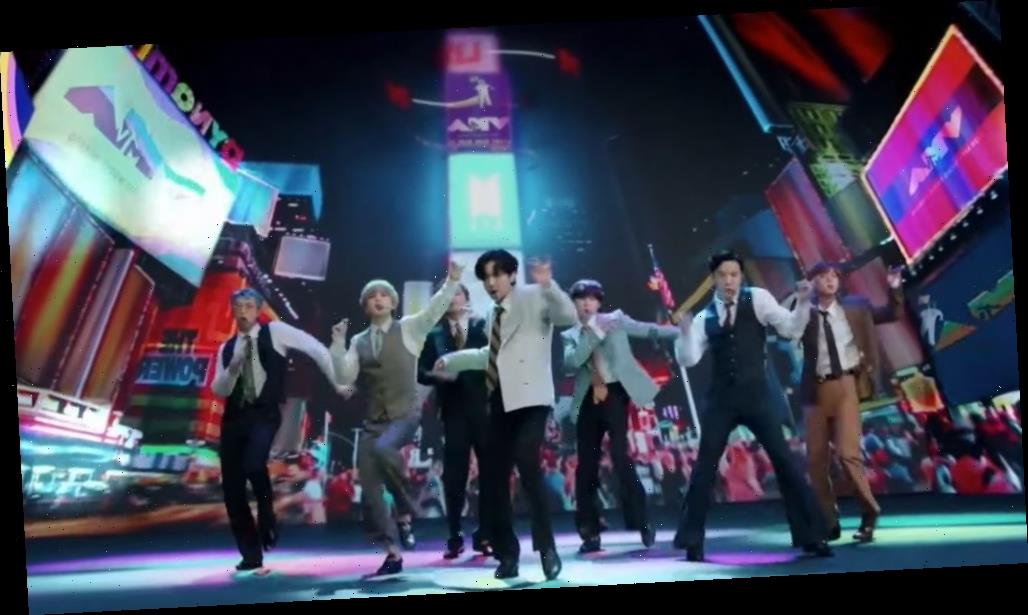 MTV’s VMAs this year are just as unusual as the rest of the year has been, with artists performing without an audience and accepting their awards in the same manner. This doesn’t mean the performances aren’t electric and incredible, though — just look at the remarkable display the popular K-pop boy band BTS gifted us through our TVs and live streams.

Taking the stage surrounded by a brightly-lit cityscape, the seven-man group launches into their high-spirited, brand-spankin’-new single, “Dynamite,” which just hit airwaves last week. As the group told MTV, this song is meant to help keep your spirits up. “It’s a really fun disco-pop track about doing what we can do, even when things don’t work out as planned,” said RM. J-Hope followed up that sentiment with, “We hope this song can be your energy.”

Judging on the reactions we’re tracking on Twitter, it certainly did bring some amazing energy to everyone who caught the amazing performance.

Scrolling through Twitter, it isn’t hard to find people gushing right and left about the band, the singing, the moves, and the clothes. “THOSE HIGH NOTES NEED I SAY MORE?” exclaims one user, appreciating what J-Hope told MTV, “The singing in ‘Dynamite,’ it wasn’t easy, because the song is high-pitched.” Another BTS fan wrote, “I’m still recovering! SO AMAZING!”

Another user felt uplifted by the event. “Young, Rich, Handsome & Talented guys are in Dry Clean only suits, singing and dancing in the night lights! Can it be more hopeful?” wrote the Twitter user. And another enthuses, “Send help over here ! This performance was perfect ! The song, the dance, their voice, their clothes, their hairstyles… PERFECT !”

And finally, Twitter user jminstan1013 may have summed it up best. “I’d say I like a certain part, but I loved the whole performance!” she wrote.

BTS won the 2020 Best Pop VMA for their track “On,” as well one for Best Group and Best K-Pop, and are also up for Best Choreography (via Billboard).