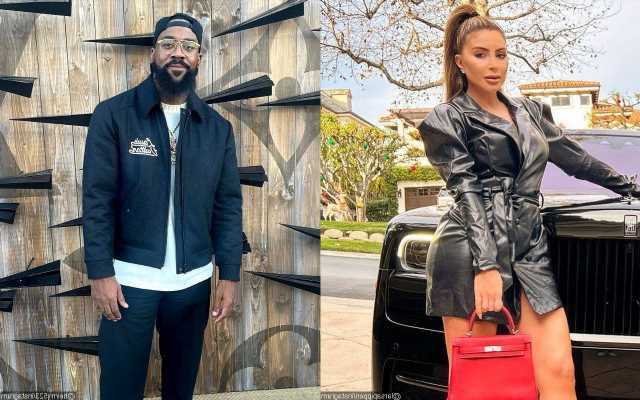 The Internet is buzzing after Scottie Pippen’s ex-wife is spotted out on a double date with Marcus Jordan, with many believing that she creates awkwardness between the former teammates.

AceShowbiz -Does Larsa Pippen have a new boyfriend? The former spouse of Scottie Pippen has been spotted out and about with Marcus Jordan, the son of Scottie’s former teammate Michael Jordan, in Miami.

TMZ reported on Sunday, September 4 that Larsa was seen getting close with Marcus at Zuma, a Japanese restaurant. It’s also reported that the pair appeared to be on a double date of some sort with another couple at their table.

In photos obtained by the news outlet, it could be seen Larsa and Marcus were sitting down next to each other during the Sunday lunch. According to eyewitnesses, the twosome reportedly dined for about 45 minutes.

Though there were no obvious signs of PDA between Larsa and Marcus, it’s said that Larsa seemed to be trying to keep a low profile. A separate eyewitness claimed that she got a “little skittish” when she realized people around her took pictures of her and Marcus. After finishing their mail, the rumored pair were snapped leaving the eatery together with the 48-year-old Larsa leading the way and the 32-year-old Marcus following closely behind.

Upon learning of Larsa’s sighting with Marcus, many social media users poured their thoughts on social media, noting that she creates awkwardness between her ex-husband Scottie and his former teammate Michael.

A separate person commented on Larsa and Marcus’ age gap as writing, “Is it not possible that she is like an Aunt to him and this is normal?” Another echoed, “On a double date with someone you… watched… grow up? Oh.”

Larsa and Scottie tied the knot in 1997. They share four children, Scotty Jr., Preston, Justin and Sophia. Then in October 2016, Scottie filed for divorce to end their 19 years of marriage. At the time, a rep for Larsa also confirmed that “The Real Housewives of Miami” alum had also filed to dissolve the marriage.

Their divorce was finalized on December 15, 2021, with Larsa’s attorney David Class saying, “I can confirm that Scottie and Larsa Pippen are now divorced, and that the divorce was finalized on December 15, 2021.” David added, “All issues were resolved amicably. The parties are now focusing successfully co-parenting their remaining minor children.”